Car vs. motorcycle hit-and-run crash shuts down all southbound lanes of I-95 South 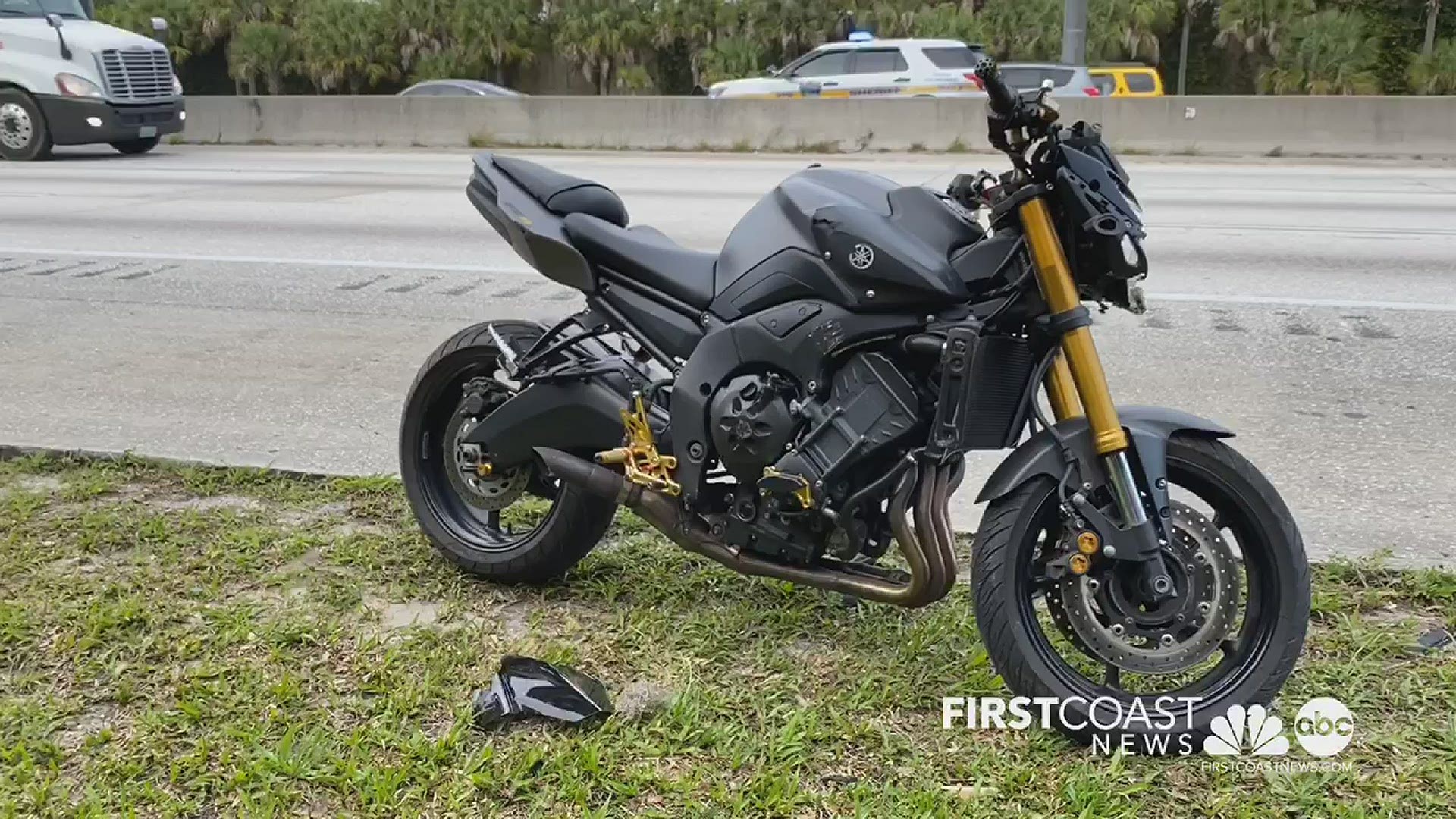 JACKSONVILLE, Fla. — All southbound lanes of Interstate-95 South are back open after they were shut down Wednesday evening by a hit-and-run crash involving a car and a motorcycle just north of University Boulevard, according to Florida Highway Patrol.

FHP was dispatched to the scene just after 5:45 p.m. The crash shut down all southbound lanes of I-95 South. As of 8 p.m., all lanes are back open.

The Jacksonville Fire and Rescue Department tweeted about the crash just before 6 p.m., saying multiple injuries were reported.

FHP ruled the crash a hit-and-run. The extent of injuries has not been disclosed.

Credit: FCN
Photo of motorcycle involved in I-95 South crash

Credit: FCN
Car involved in crash on I-95 South