Crews are responding to a traffic accident on A1A and Osceola Avenue involving a car versus a pedestrian. 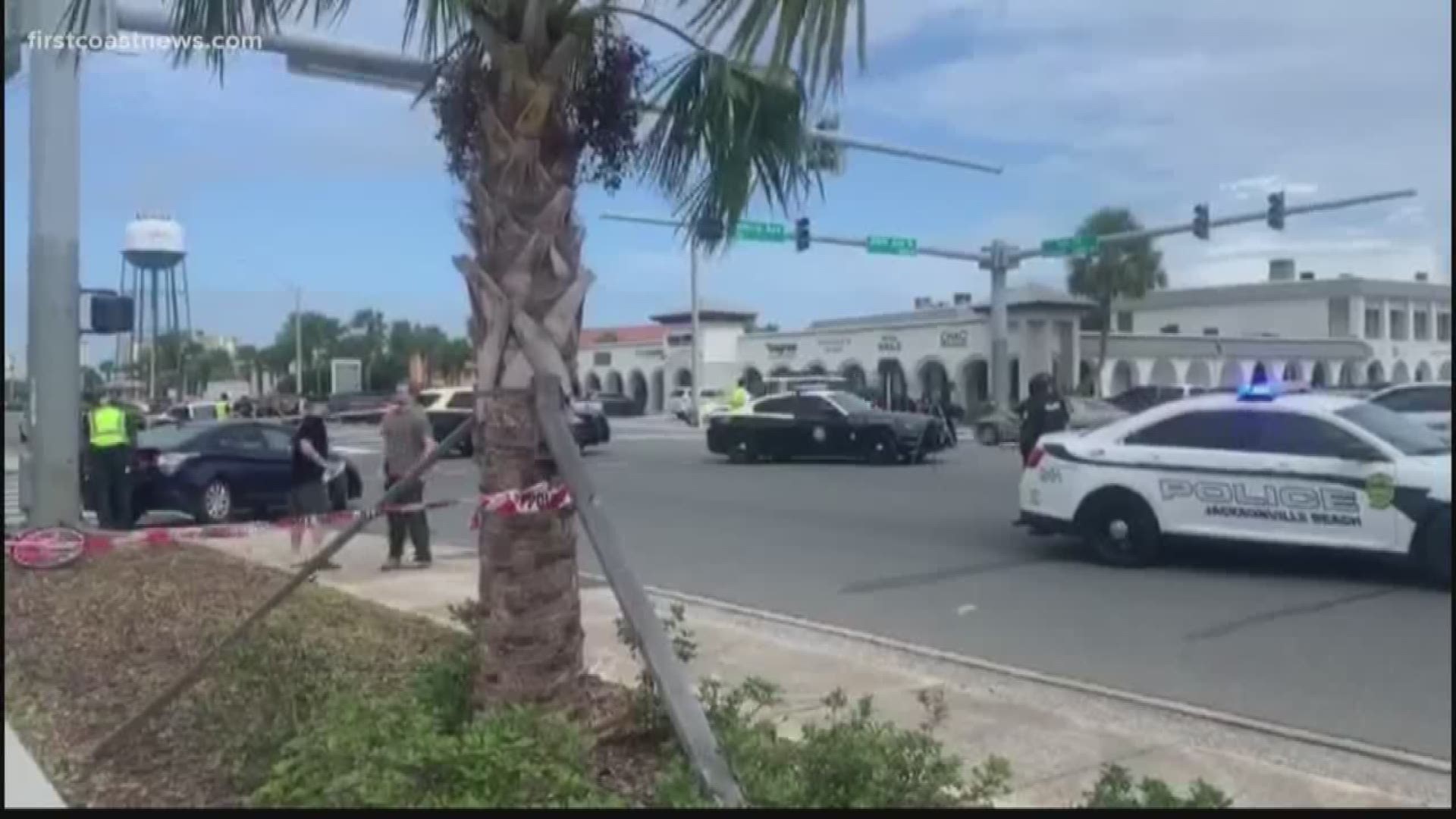 A woman is suffering from serious injuries after getting pinned between a car and a pole during a crash in Jax Beach on Saturday, according to first responders.

Around 12 p.m., crews with the Jacksonville Fire and Rescue Department tweeted that they were assisting Jax Beach Fire and Rescue with an incident involving a vehicle versus pedestrian on A1A and Oceola Avenue.

According to JFRD, the car trapped a female bicyclist between their vehicle and a pole.

First Coast News spoke with the driver of the car that allegedly pinned the woman. The driver, a teenager, said that they were hit by a car while making a turn onto A1A during a green light.

The driver says the impact of the crash caused them to veer off the road and hit the bicyclist.

“We’re hoping and praying that the bicyclist is okay and that she has a speedy recovery, everything else can be replaced, everyone else was fine, we’re just worried about the bicyclist,” the driver said.

First responders say that person has since been extricated and is suffering from serious injuries. 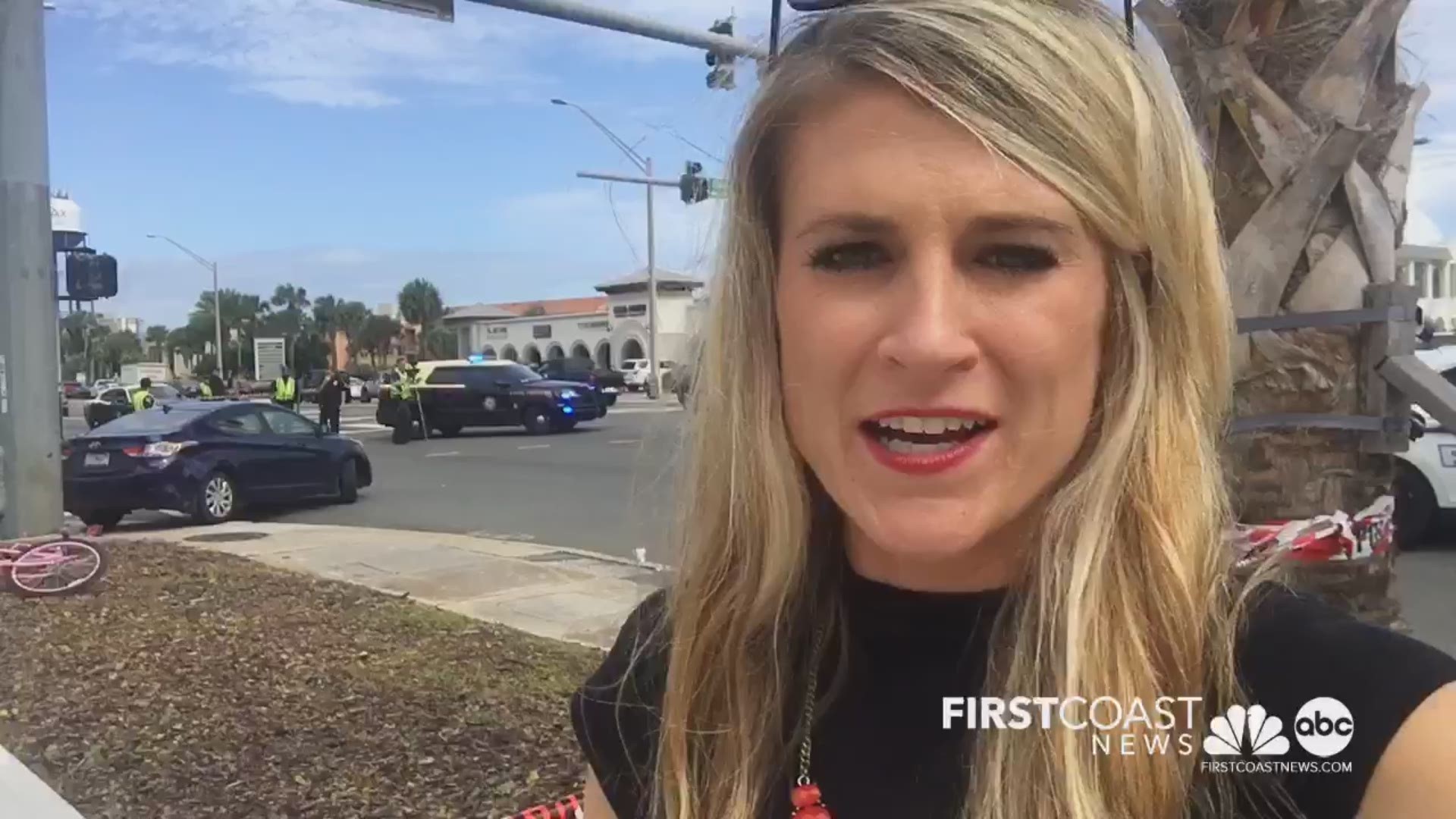