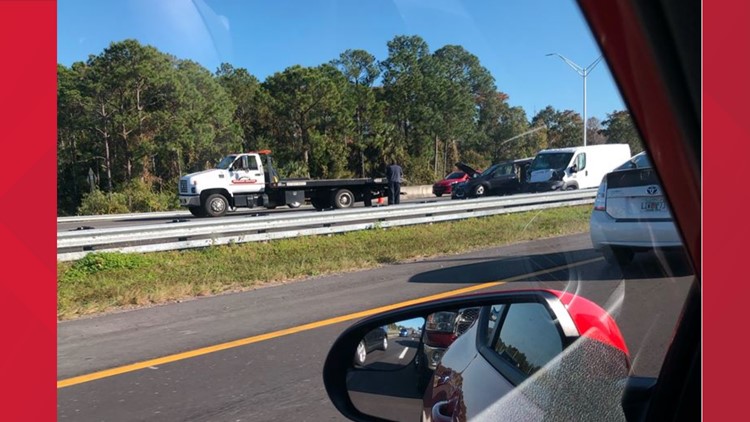 Photo by: FCN
Troopers said an Atlantic Beach woman died in a multi-car crash on Interstate-95 in Flagler County.

Atlantic Beach woman dies in I-95 crash in Flagler County

FLAGLER COUNTY, Fla. — An Atlantic Beach woman is dead and two people are in critical condition after a crash involving three vehicles on northbound Interstate-95 in Flagler County Saturday afternoon, according to the Florida Highway Patrol.

FHP said 62-year-old Cynthia Clark died after the GMC Acadia she was a passenger in was struck by a Dodge Ram just before 1 p.m. at mile marker 284.

The drivers of the Ram and the Acadia both sustained minor injuries. Two other passengers inside the Acadia, a 51-year-old woman and a 17-year-old boy, are in critical condition, according to FHP.

Neither the driver nor passengers inside the Honda were injured.