The crash happened in the 11000 block of Heckscher Drive, the Jacksonville Fire and Rescue Department said. 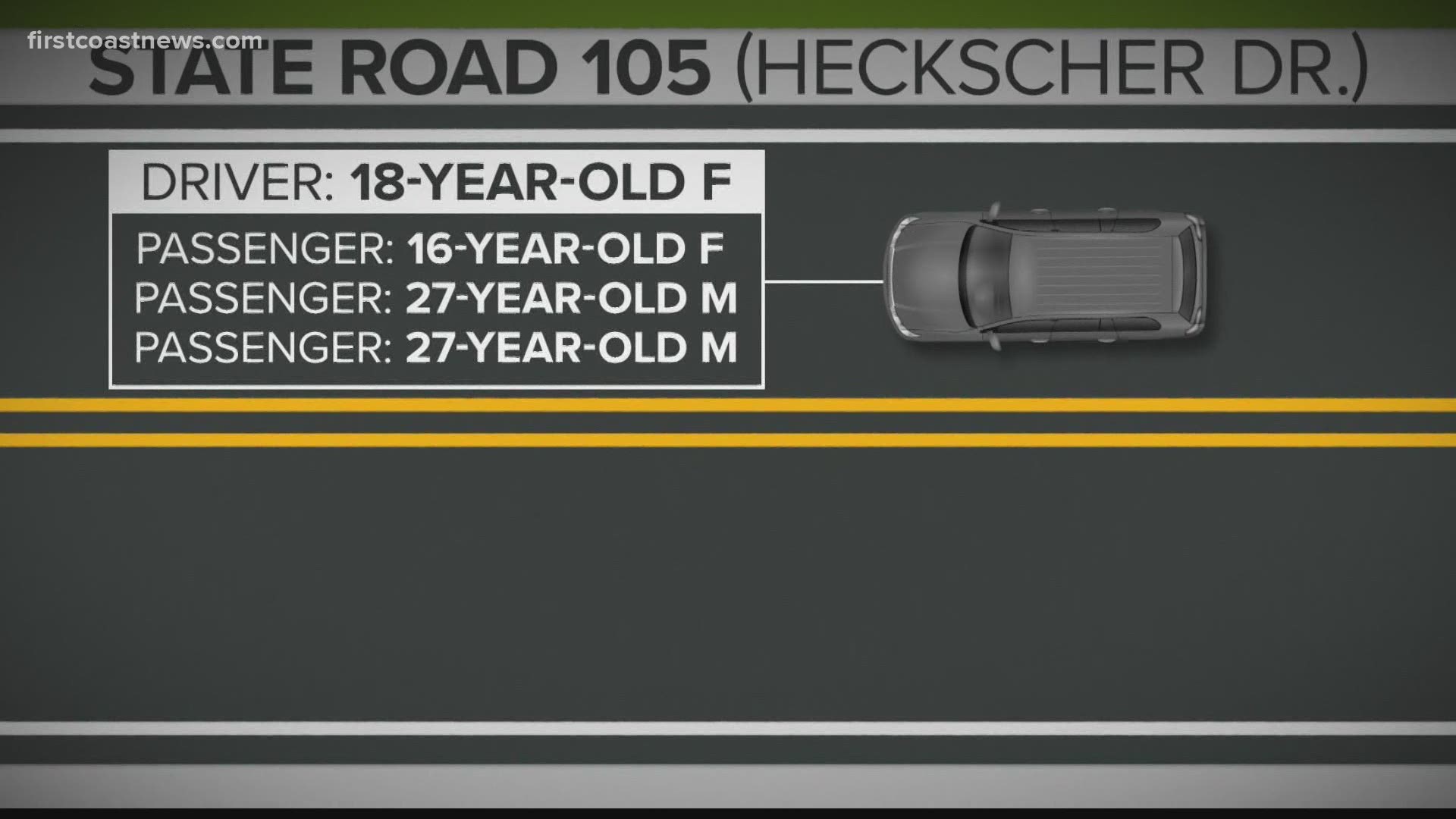 JACKSONVILLE, Fla — Three people, including a 16-year-old girl, were killed Monday night in a head-on crash near Huguenot Memorial Park, according to the Florida Highway Patrol.

The first car began to hydroplane and the driver lost control, according to the FHP report. The car spun into the northbound lane, causing the front end of the second car to collide with the passenger side of the first.

The crash happened in the 11000 block of Heckscher Drive, the Jacksonville Fire and Rescue Department said. JFRD reported four people were trapped and later extricated with serious injuries.

This is now a triple fatality crash. The third victim passed away at the hospital. We are currently in the process of opening NB and SB lanes of SR 105.

Crews are responding to a traffic accident in the 11000 block of Heckscher dr...E40 is on scene advising 4 people are trapped... more crews are en route. Be careful in the area