The crash left traffic backed up for hours on I-95, with all southbound lanes closed as crews worked to clear the scene. 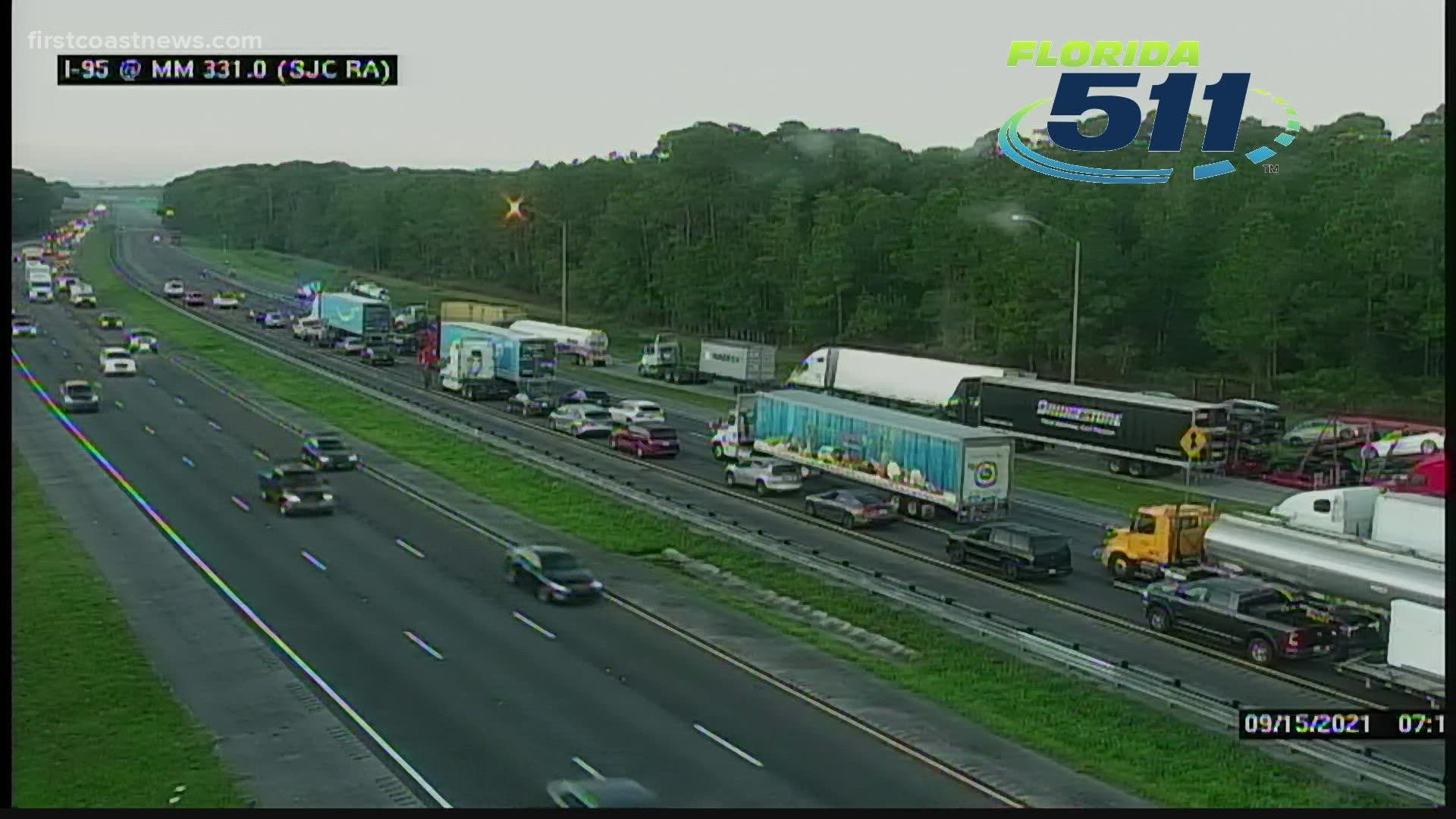 ST. JOHNS COUNTY, Fla — The victim in a deadly crash on I-95 South in St. Johns County that left traffic backed up for hours Wednesday morning was a man who wandered from the rest area and was hit by a semitruck which drove away, Florida Highway Patrol's preliminary investigation shows.

It happened near CR-210. FHP was called to the crash shortly after 4 a.m.

FHP Sgt. Dylan Bryan said investigators do not have a description of the truck. They said the man killed was in his early 70s, and his family has been notified. It is unknown whether he had any medical conditions.

The crash left traffic backed up for hours on I-95, with all southbound lanes closed as crews worked to clear the scene. A truck towing at least three vehicles appeared to have been involved, according to First Coast News crews on the scene.

Almost exactly one month ago, First Coast News was at the southbound St. Johns County rest stop, where four people were rushed to the hospital in a crash that led to multiple crashes. Wednesday's crash occurred near the same spot.

RELATED: All lanes open following crash with injuries on I-95 near CR-210 Tuesday morning

People who were stuck in traffic behind the crash were seen getting out of their vehicles to see what was going on.

People are getting out of their cars to watch what’s going on. pic.twitter.com/T6Z4booPgJ

Drivers were urged to use State Road 9B to 220 to CR-210 and back to I-95 South or Philips Highway southbound to CR-210. But even those alternate routes were seeing heavy delays.

"When there is a closure on an interstate, especially one that lasts multiple hours, the congestion backups affect all nearby roads as well," First Coast News traffic anchor Katie Jeffries said.

Delays formed on I-95 northbound due to onlooker traffic as well.

I'm not surprised.
When there is a closure on an interstate, especially one that lasts multiple hours, the congestion back ups effect all nearby roads as well#KatiesCommuters https://t.co/h8aZf5dylq

RELATED: Traffic: I-95 SB closed due to deadly crash near CR-210 in St. Johns County