The Florida Highway Patrol said the children who died were all from Louisiana traveling in a passenger van. The two male adults were driving the semi-trucks that caught on fire. 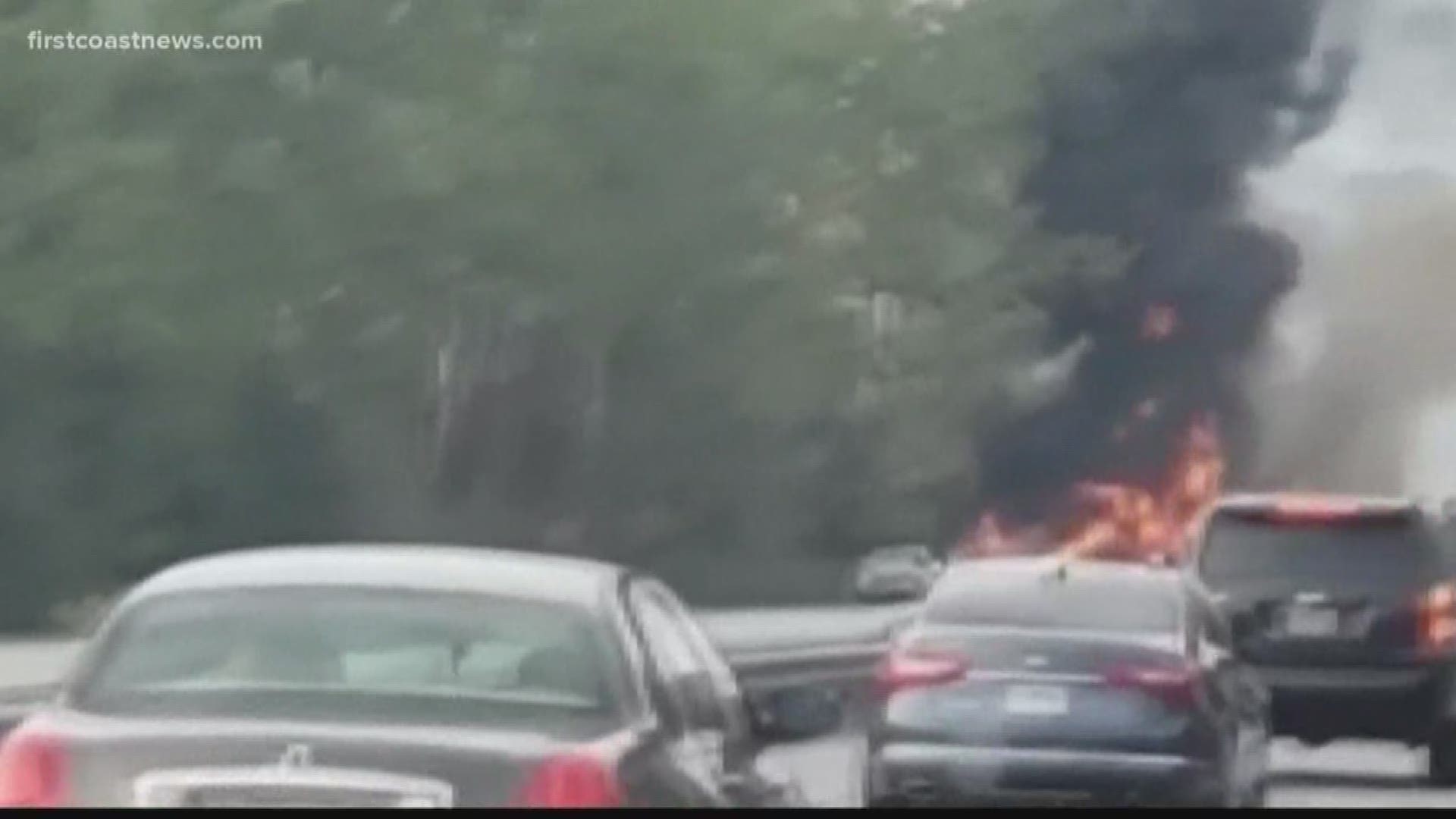 Five children and two adults were killed Thursday after a fiery wreck involving two semi-trucks and two passenger vehicles collided and spilled diesel fuel across I-75 near Gainesville.

The Florida Highway Patrol (FHP) said the children who died were traveling in a passenger van from Avoyelles House of Mercy Church in Louisiana and ranged from 8 years old to teenagers.

Law enforcement stated that they received calls from family saying a van heading to Disney World was involved in the crash, but they didn't specify if it was the same van carrying the children who died.

The two male adults who died were driving the semi-trucks that caught on fire.

The crash happened around 3:40 p.m. at Mile Marker 394. FHP said a semi-truck was traveling northbound on I-75 and crashed into another vehicle. Both the semi-truck and vehicle collided through the guardrail, into the median and into the southbound lanes of I-75 where another semi-truck and the passenger van were traveling.

FHP said the passenger van overturned and ejected some occupants. They stated that a fifth vehicle may have been involved and may have run over some of the ejected passengers and debris in the road.

Both of the semi-trucks involved in the crash caught on fire. Alachua County Fire Rescue said nearly 50 gallons of diesel fuel spilled, igniting boxes and packages of meat that fell out of the truck.

Troopers say that anywhere from six to 12 people were injured in the accident and that they are working to confirm the number. It said those injured also include children.

Riordan says that FHP has a policy where they do not tell family members over the phone. Instead, they insist on giving the news face-to-face.

FHP will go back to one lane this evening as they work to re-pave the road and resurface the damaged portions. Drivers should expect delays this evening.

FHP also warns drivers that there is still damage in the roadways, so be cautious while driving in the area.

They hope to release more details in a press briefing expected Friday afternoon.