According to the FHP, the crash happened at about 7:42 p.m. in the west bound lane of SR 20 near Motes Road. 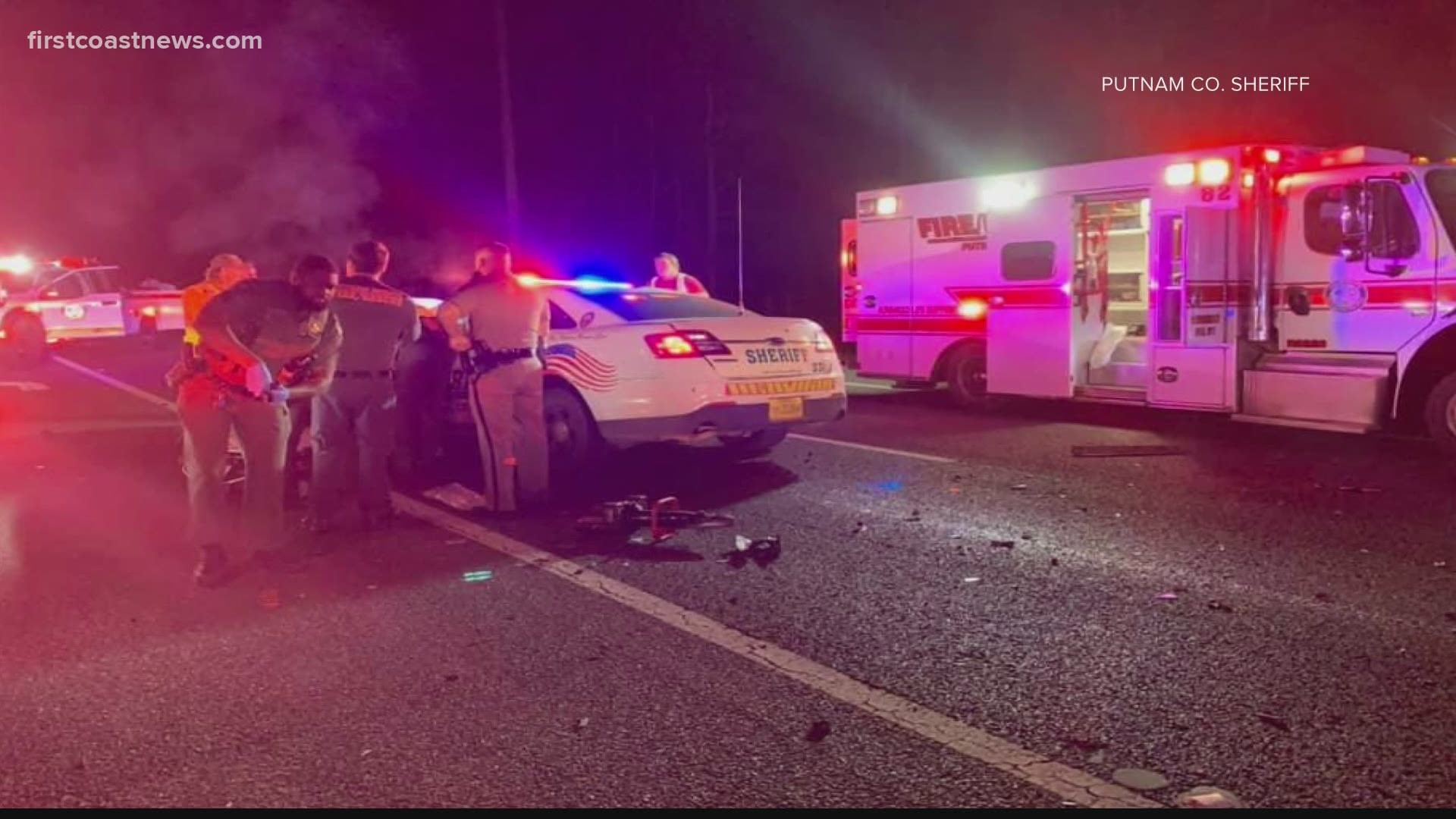 According to the Florida Highway Patrol, the crash happened at about 7:42 p.m. in the west bound lane of SR 20 near Motes Road.

In a press conference Wednesday, the Putnam County Sheriff's Office said both deputies were responding to a domestic violence call in the moments before the crash. The deputies received word the suspect had taken the victim in his car and was driving away from the home.

The Putnam County Sheriff's Office said the two deputies both have good driving records. The sheriff's office also reported they are zone partners and best friends.

As of Wednesday afternoon, both deputies are in critical, but stable, condition. One of the deputies is recovering from surgery Tuesday night while the other deputy is prepping for surgery.

The sheriff's office said both deputies will have multiple surgeries this week.

Traffic backed up heading into downtown