1 killed, 1 taken to hospital after crash in Southwest Jacksonville

The Jacksonville Sheriff's Office says a man driving on Nathan Hale Road drove off the roadway and hit a tree sometime before 2:30 a.m. Wednesday. 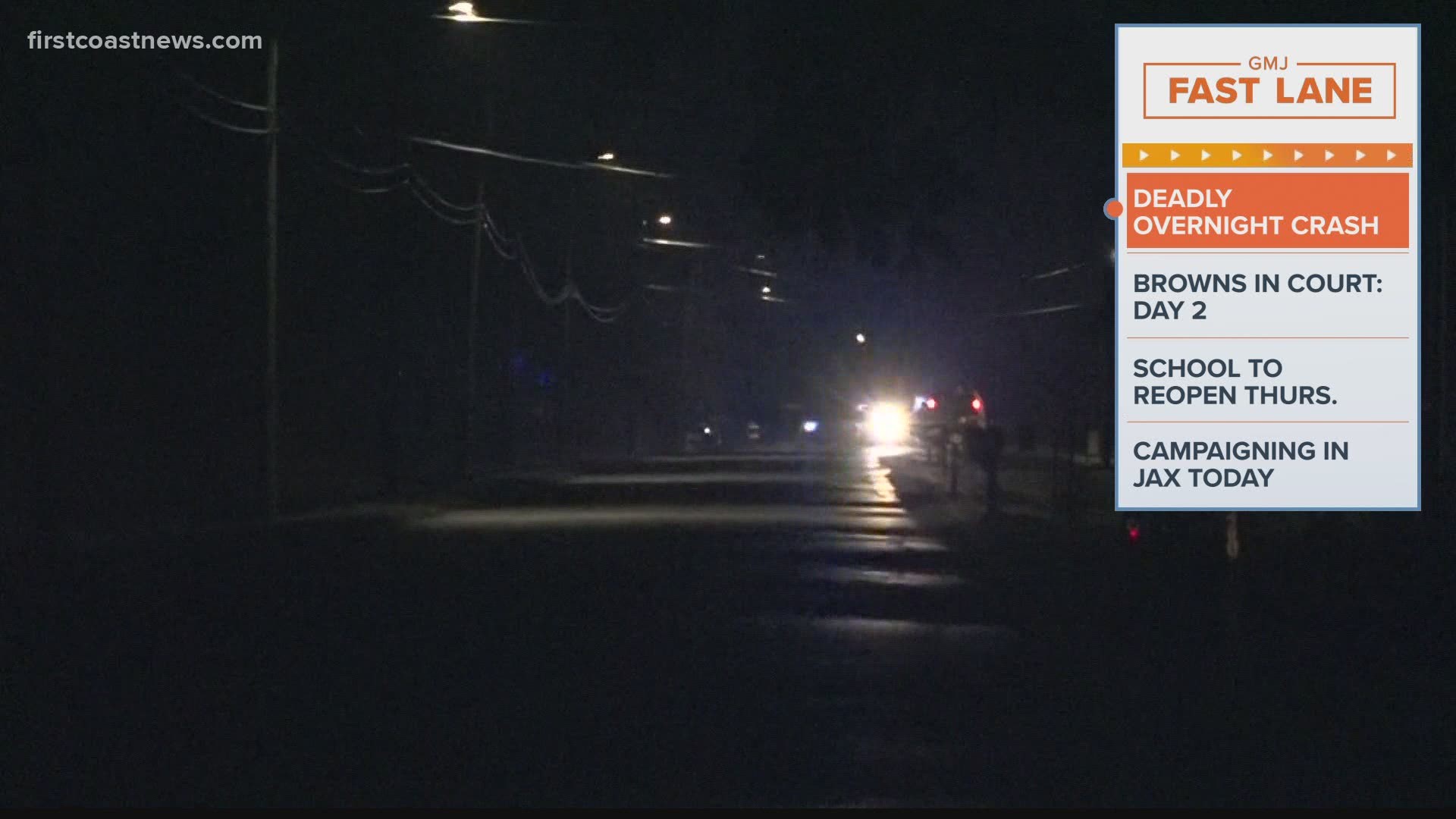 JACKSONVILLE, Fla — A man was killed and another treated for non-life-threatening injuries after a crash in Southwest Jacksonville early Wednesday morning.

The Jacksonville Sheriff's Office said a vehicle occupied by two people was being driven south in the 5500 block of Nathan Hale Road sometime before 2:30 a.m. Wednesday. The driver went off the road and hit a tree, police said.

The vehicle overturned, trapping one of the occupants underneath. When Jacksonville Fire Rescue Department crews and JSO officers arrived on the scene, they found a man underneath the vehicle.

JFRD tried to save the man's life, but he did not survive, police said.

Another man was found a short distance away from the crash with non-life-threatening injuries, JSO said. He was taken to the hospital by JFRD.

So far, police do not know who was driving the vehicle or what caused the crash. Traffic Homicide detectives are handling the investigation.

As of 3:32 a.m., police said the roadway near the crash was temporarily closed while the detectives investigate.

FATAL ACCIDENT - on the Westside along Nathan Hale Rd- a vehicle traveling south left the roadway and struck a tree killing one occupant and sending a 2nd to the hospital with NLT injuries @JSOPIO traffic homicide is investigating @FCN2go pic.twitter.com/m9qE082nO8