"Standing down today; standard auto-abort triggered due to out of family data during engine power check." 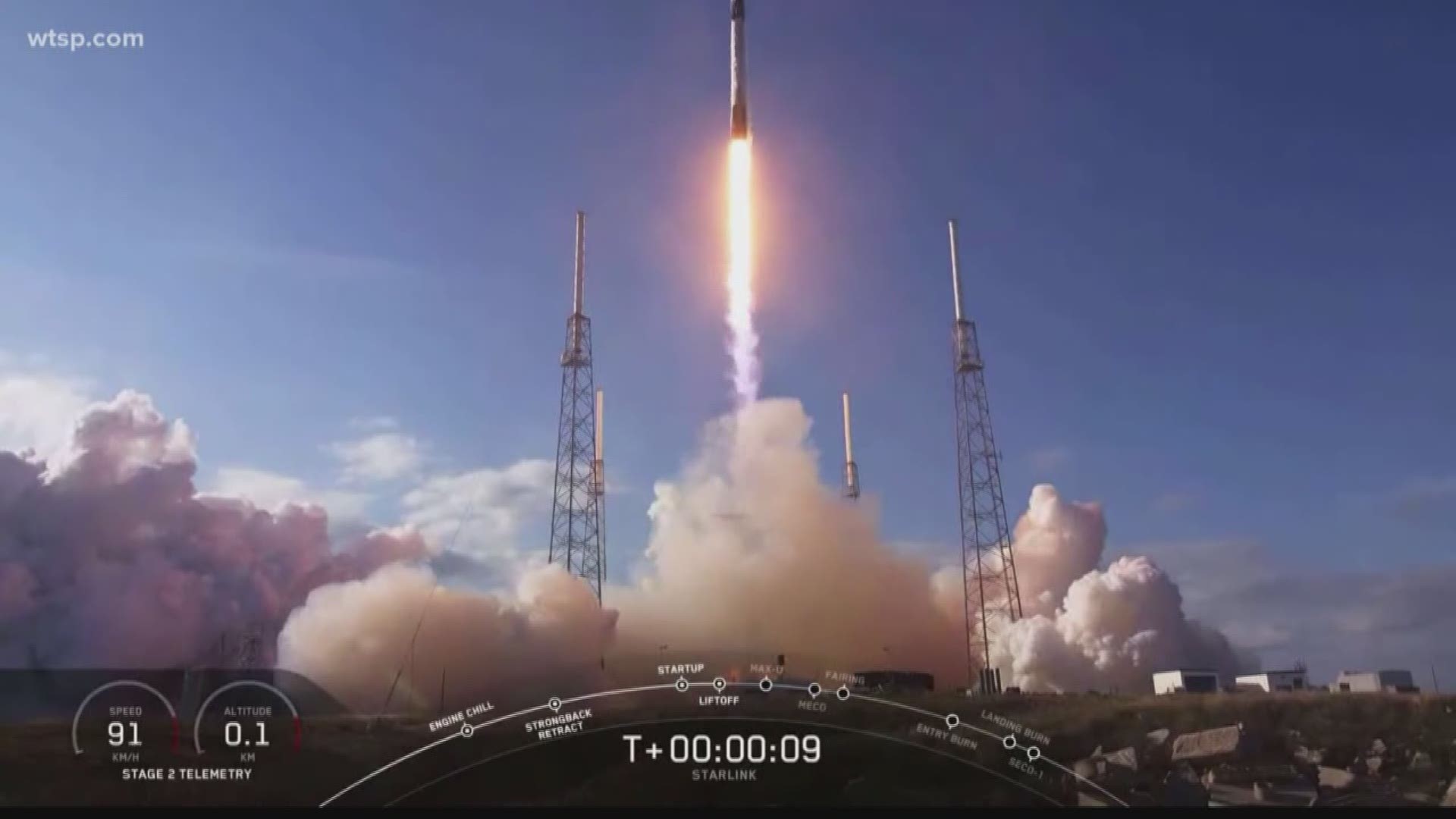 The 45th Weather Squadron, official forecast for the launch, is saying 8:16-8:26 a.m. on Wednesday

SpaceX aborted its planned Starlink mission during engine power check at the last second. Its Falcon 9 rocket will not launch Sunday.

"Standing down today; standard auto-abort triggered due to out of family data during engine power check. Will announce next launch date opportunity once confirmed on the Range"

The previous story is below.

Weather shouldn't be much of a problem for SpaceX to launch its next batch of Starlink internet satellites.

The company is set to blast off a Falcon 9 rocket no sooner than 9:22 a.m. Sunday from Launch Complex (LC39A) at NASA’s Kennedy Space Center in Cape Canaveral, Florida.

There is a 90-percent chance of "go" conditions, weather-wise, according to the Space Force's 45th Weather Squadron.

Space.com reports SpaceX will attempt to set a new record with its Falcon 9 booster, launch and land five times. The company says its "Of Course I Still Love You" droneship will be stationed in the Atlantic Ocean for the capture.

SpaceX's Starlink launch will be the fourth this year, with 60 satellites joining the hundreds of satellites already above Earth as part of the company's mission to bring global internet access by 2021.

Hundreds of more Starlink satellites, bringing the total to at least 1,500 ideally, are necessary for the company to make good on its goal.