"When a sea turtle comes up to nest it's going to run into all these really prickly plants," making it difficult to find a place to nest. 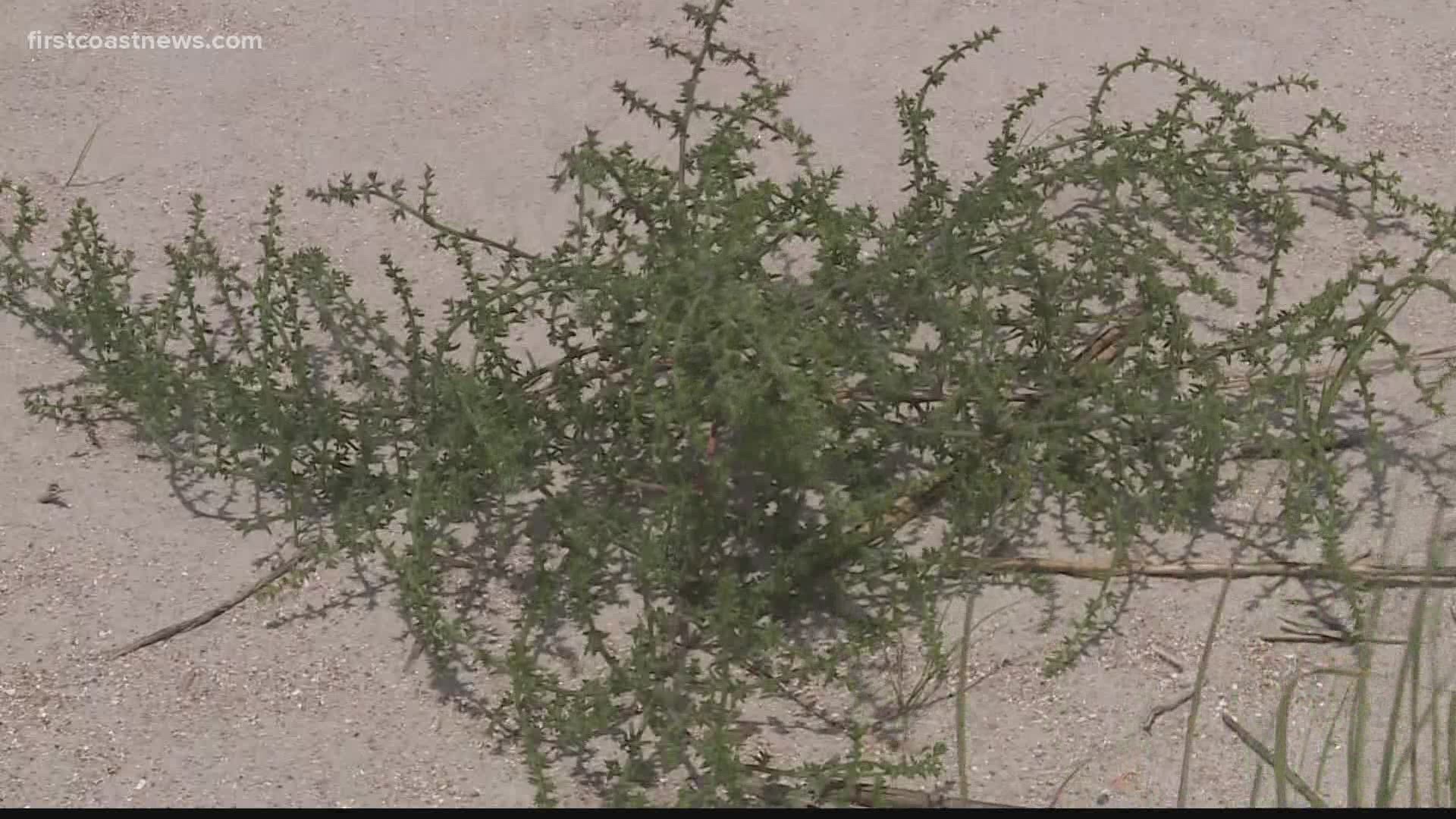 When you think of tumbleweeds the first thing that comes to mind is usually the barren wild west, not the pristine beaches of the First Coast.

But Russian thistle mysteriously appeared years ago in Fernandina Beach and Fort Clinch.

Now the invading tumbleweeds are growing out of control.

Emily Bell is the Florida Invasive Species Coordinator for UF/IFAS invasive species extension office. She explains though tumbleweeds start out green, when grow, they brown, and when the weed gets brittle,

"It tumbles, it's a tumbleweed," Bell said. "And as it's doing that, even if it stays in place it starts breaking apart."

The seeds on each little prickle then spread all over, taking root on the barren beach and growing into terrors to beach-goers. They're something that you definitely wouldn't want to touch.

"It has all these tiny little spikes that are just like a thousand knives," Bell said.

But, thanks to local volunteers like Bev Lawrence, the tumbles are being cleared out.

This season Lawrence has dug up over two hundred tumbleweeds. She says it's critical to remove them when they're small.

"If it gets too hard it's going to tumble down the beach and the next year it's going to be even more of a problem," Lawrence said.

This tumble terrain takeover is also dangerous for shorebirds and turtles trying to nest.

"When a sea turtle comes up to nest it's going to run into all these really prickly plants," Bell said.

That not only discourages shorebirds and turtles from nesting but also makes it difficult to navigate around when the eggs hatch.

Because the tumbleweed's growing season coincides with the nesting season, Bell says timing is critical to pull the weeds.

"If we don't get the sprouts out before it gets big, there's areas that we can't then go work in because the shorebirds are nesting," Bell said.

Sometimes it can be hard to distinguish Russian Thistle from the Florida native Sea Rocket or Beach Elder.

The fact sheet below can help in identifying Russian Thistle from other plants:

If you come across Russian Thistle you can help by reporting it using the I've Got One app on your phone.

The City of Fernandina Beach and the UF/IFAS Nassau County invasive species extension office is looking for people to monitor a section of beach in June and dig up the tumbleweeds while they're still small.