The company contends a plan to clear up the wreck violates the Oil Pollution Act of 1990 and is extremely hazardous to the environment. 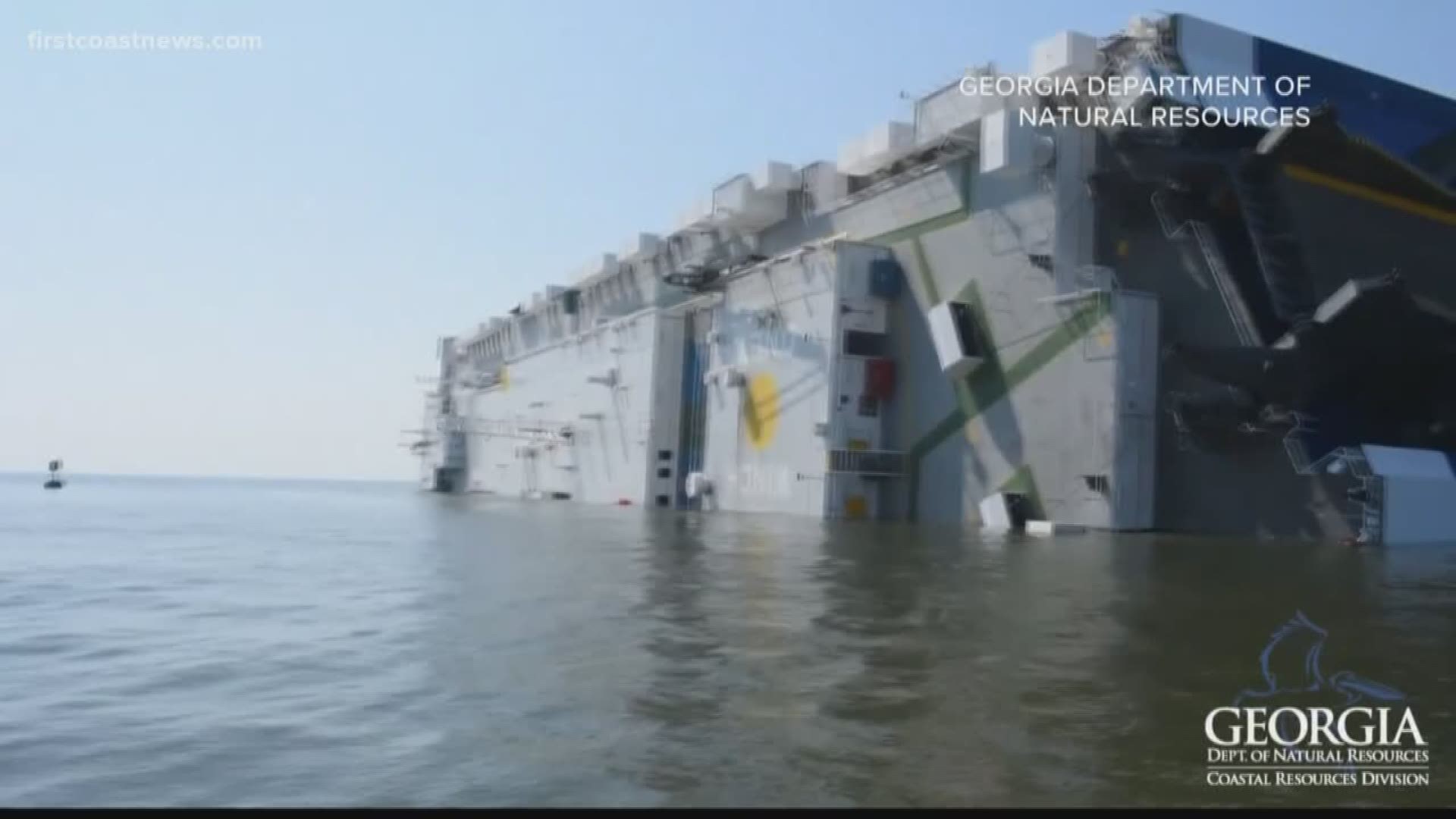 JACKSONVILLE, Fla. — The salvage company originally hired to get the Golden Ray cargo ship out of St. Simon's Sound is now claiming the Coast Guard and a federal on-scene coordinator are violating federal pollution laws.

The company, DonJonSMIT, filed a claim in federal court on Thursday saying a salvage plan about to be implemented could cause an environmental disaster.

The salvage plan involves cutting the ship into eight pieces and loading each one onto a barge. DonJonSMIT says that it is extremely high risk and has failed with similar shipwrecks.

The claim states that despite DonJonSMIT's multiple requests for information from the Coast Guard, they refused to respond and instead unlawfully delegated its sole decision-making authority to the Golden Ray's owner.

T&T Salvage, based in Texas, is in charge of salvaging the Golden Ray and its cargo of 4,200 cars, which hold oil, gas and batteries. The Altamaha Riverkeeper, which has been monitoring the environmental impact of the wreck, says T&T Salvage has said as many as 800 of those cars could end up in the water.

Don Jon Smit said its plan would have been less hazardous, and cheaper, but was rejected by the ship's owner.

The court claim says the Coast Guard, not the ship's owner, should have had the final say on who would do the salvage.

First Coast News has reached out to the Coast Guard's St. Simon's Response Team and is waiting for a response.