Installation of the so-called “geotubes” has a community divided in Ponte Vedra. 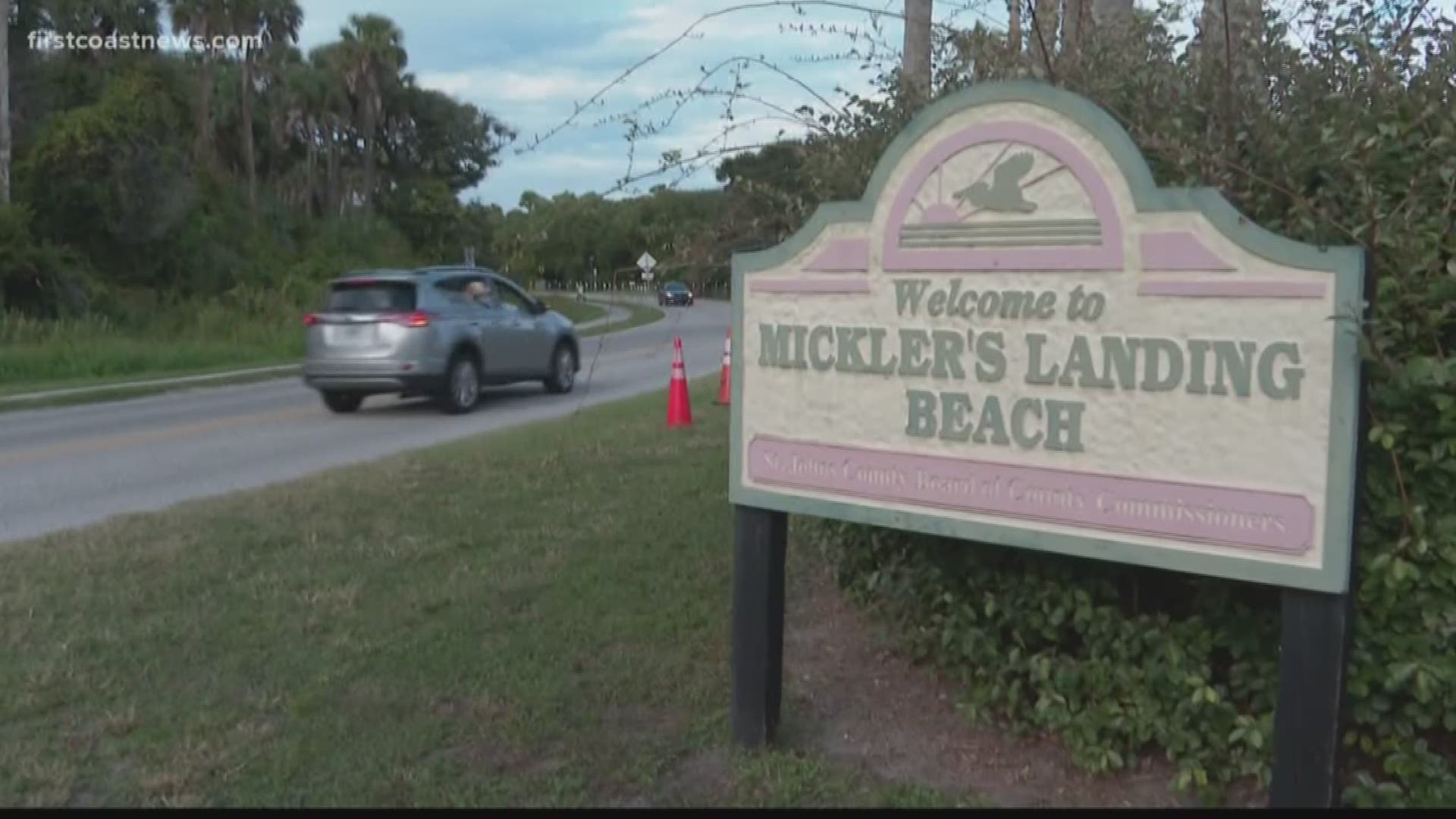 PONTE VEDRA BEACH, Fla. — A plan to install massive protective barriers on the beach in front of 13 homes north of the Mickler’s Landing Beach access is drawing sharp words from those who want the barriers and those who don’t.

Installation of the so-called “geotubes” is set to begin in November with staging for the contractor in the Mickler’s Landing parking lot.

The plan, which homeowners tell First Coast News was approved by the Department of Environmental Protection (DEP) almost a year ago, entails stacking three tiers of the tubes - which are essentially enormous sandbags - in staircase fashion, grading from the beach upward toward the residences.

Although neither proponents nor opponents spoke with First Coast News on camera Wednesday, a person associated with Never Endanger Sea Turtles (NEST) said the plan-required three feet of sand to cover the tops of the tubes is insufficient for some species of sea turtles to lay eggs.

That person also contended that the geotubes are considered hard barriers and should not be allowed on the beachside of what’s called the Coastal Construction Control Line, which governs construction rights where private and public beach properties meet.

But one homeowner, who said he lost some 75 feet of a vegetation-covered dune to Hurricane Matthew alone asserted that he was allowed to install smaller so-called “trap bags,” and that turtles successfully laid and hatched eggs in the sand he used to cover those bags.

The same man pointed out that each homeowner is required by a bond to individually maintain the minimum three-foot sand depth atop the tubes. Also, he said, although the sand fill inside the tubes will remain, the plan requires him and his compatriots to pay for removal of the tubes’ fabric encasing, once a long-term renourishment plan is established by the Army Corps of Engineers and OK'ed by the DEP.

Another homeowner contended that the Coastal Construction Control Line has been moved twice in the last 20 years and that the planned geotubes actually will be located within their property rights.

The homeowners contended that it was with the help of a civil engineering firm that they concluded the geotube strategy would actually be the most environmentally responsible option.

They worried that installing permanent sea walls – as some of their neighbors have done – would not only reduce turtle nesting space but also cause some turtles seeking beach to drown instead, and lead to increased erosion in the long run.

NEST has acknowledged that the St. Johns Board of County Commissioners cannot overturn the Department of Environmental Protection’s decision but is petitioning the Board to disallow the staging of the project at the Mickler’s Landing parking lot.

One homeowner said that would at least delay if not halt the project, and that it would be unreasonable to expect Commissioners to effectively stop a project already approved by a state agency.