The Altamaha Riverkeeper confirms with First Coast News that small amounts of oil have been found in the area after a cargo ship listed on Sunday morning. 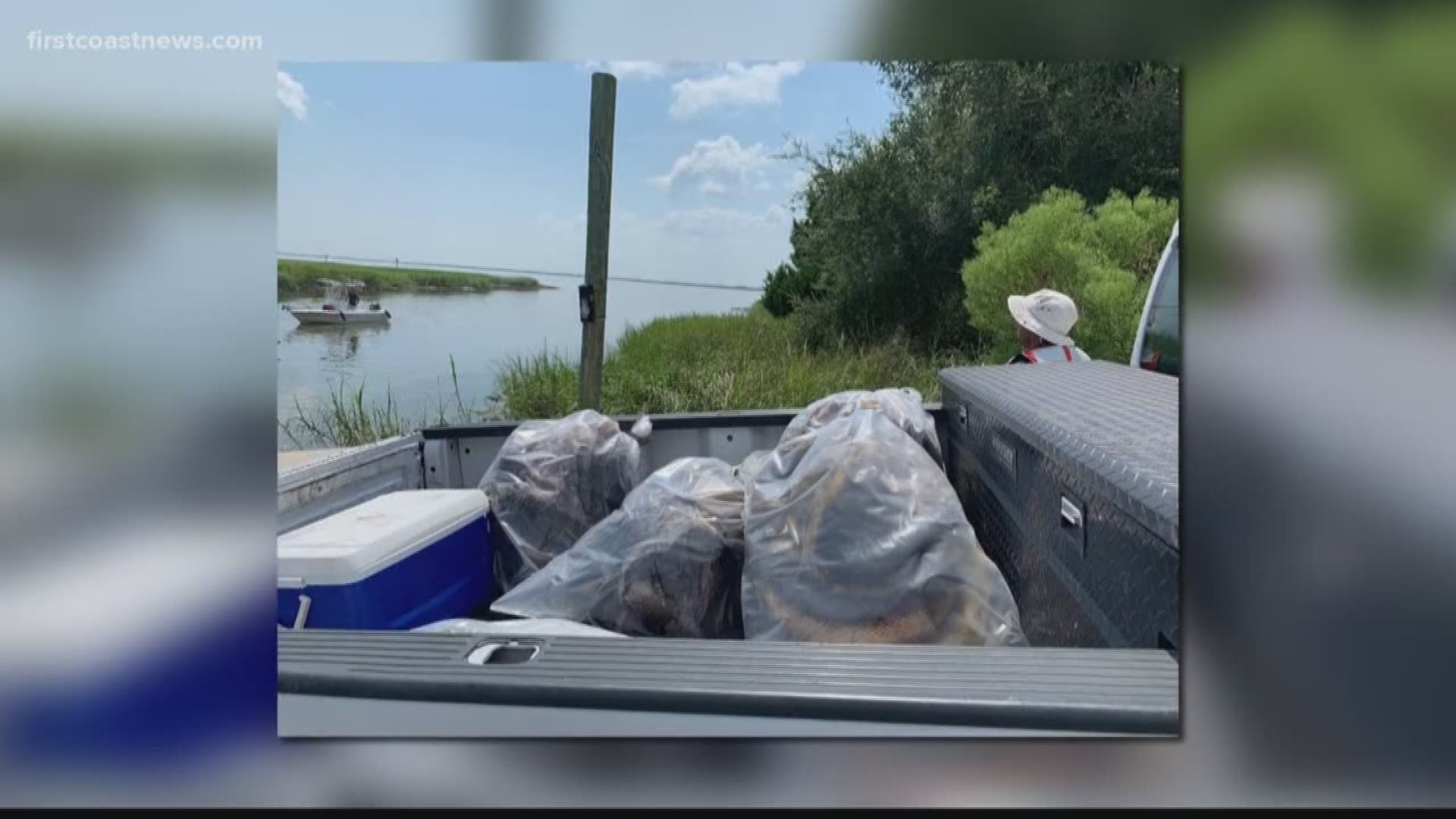 More than a day after a cargo ship overturned in St. Simons Sound, environmentalists are looking out for any potential impacts the ship could have.

One of the groups watching is the Altamaha Riverkeeper, a position specifically created to advocate for the health of local waterways.

Some bystanders remain optimistic that the environment will be OK despite the fact that the ship has thousands of gallons of fuel onboard.

For St. Simons residents, the sight of a cargo ship on its side is unprecedented.

“Back in 1973, there was a barge that hit the Sydney Lanier bridge,” Tucker said.

Tucker has lived in the area for decades and has painted St. Simons’ shores many times.

I have such a love for this place and anything that happens to this place touches my heart,” Tucker said.

The Altamaha Riverkeeper also cares for the area.

So far, environmental impacts have been contained thanks to large booms keeping oil contained.

“We’re sitting pretty good with just a small leak mostly contained from what we can tell," Susan Inman, coastkeeper with the Altamaha Riverkeeper, said. "The booms are deployed and will contain oil -- that’s the biggest environmental concern besides gas.”

Inman says the Riverkeeper is getting a closer look by boat. The smell and sometimes the color of the water can be an indicator of pollution.

Tucker is also praying for the safety of the crew members who were stuck on board.

“It’s been such a challenge to get those men out of there,” Tucker said.

The Riverkeeper says some oil was reported near Morningstar Marinas at a nearby creek. The changing tide could make those impacts harder to track.