Jacksonville pollution enforcement another casualty of the pandemic

City-data shows pollution enforcement numbers have plummeted -- in some cases by as much as 98 percent. 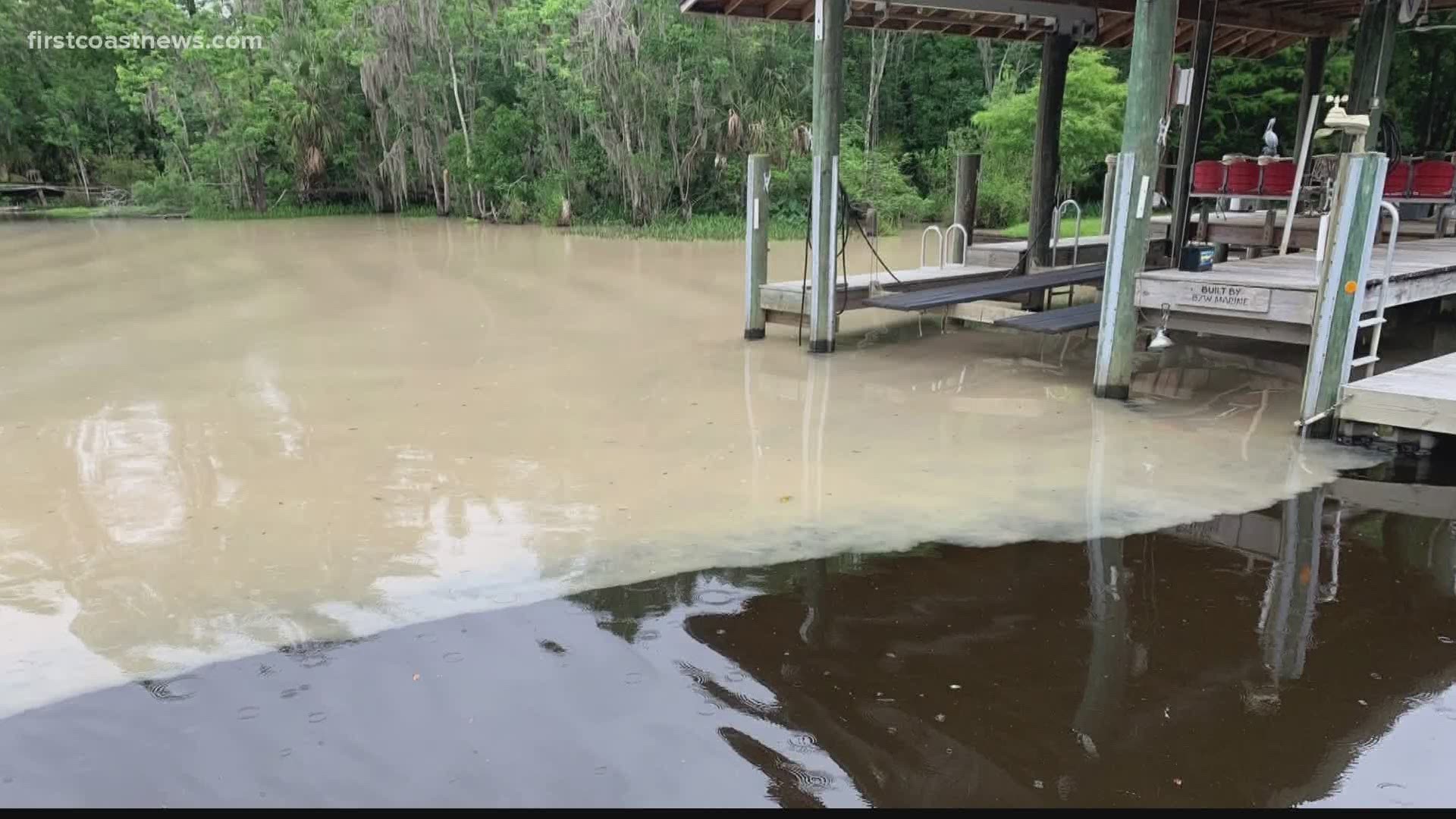 JACKSONVILLE, Fla. —
The pandemic has forced everyone to consider what it means to be an essential service. There is little question about police or health care workers and less consensus around pro wrestling events.

But one group that’s been sidelined for the past two months is the city of Jacksonville’s environmental inspectors. In that time, pollution enforcement cases have plummeted -- in some instances by as much as 98 percent.

“Unfortunately, our environment has been seen as ‘nonessential,’ and it think that’s a mistake,” says St. Johns Riverkeeper Executive Director Jimmy Orth.

A surge of muddy water was polluting the otherwise clear waters of Fishing Creek – an apparent violation of sediment control laws.

“That was our first indication they were no longer working in the field,” Orth says. “We tried to get the city to engage and really was very unresponsive.”

In the end, Orth did his own inspection.” I went out an actually investigated and found the source was a JEA mainline,” he says.

JEA told First Coast News it was the result of a broken water service line. “Unfortunately, it was in a challenging spot near the drain,” a spokesperson noted.

Orth concedes that the inspectors for the city do hard and often thankless work. But he says their absence is having a detrimental impact.

Figures from the city’s Environmental Quality Division show enforcement over the past there months just a shadow of what it was this time last year. Sediment control violations – the kind Orth investigated -- dropped from 69 notices in this period last year to zero.

“I don’t think we can fault them,” says Sierra Club of Northeast Florida Chair Janet Sanko. Given the pandemic, she says a brief cessation of enforcement isn’t surprising. “We don’t want any environmental deterioration and were really hoping that over the next two months their numbers improve.”

The city says some of the more urgent complaints have been routed to the Department of Environmental Protection and the St. Johns River Water Management District.

But Orth notes those agencies are also short-staffed. And he says the key to effective enforcement is the ability to see the violation in real-time.

“That’s key with these -- you have to get out there and discover the violation," he says. "You can’t just look after the fact at a picture and hold [polluters] accountable. Inspectors have to actually be there on-site and witness the violation.”

First Coast News was not able to get our questions to the city answered by press time. But the city did provide its own list questions and answers on this topic: