The U.S. Coast Guard is developing plans to disassemble the Golden Ray cargo ship in the St. Simons Sound due to safety concerns. 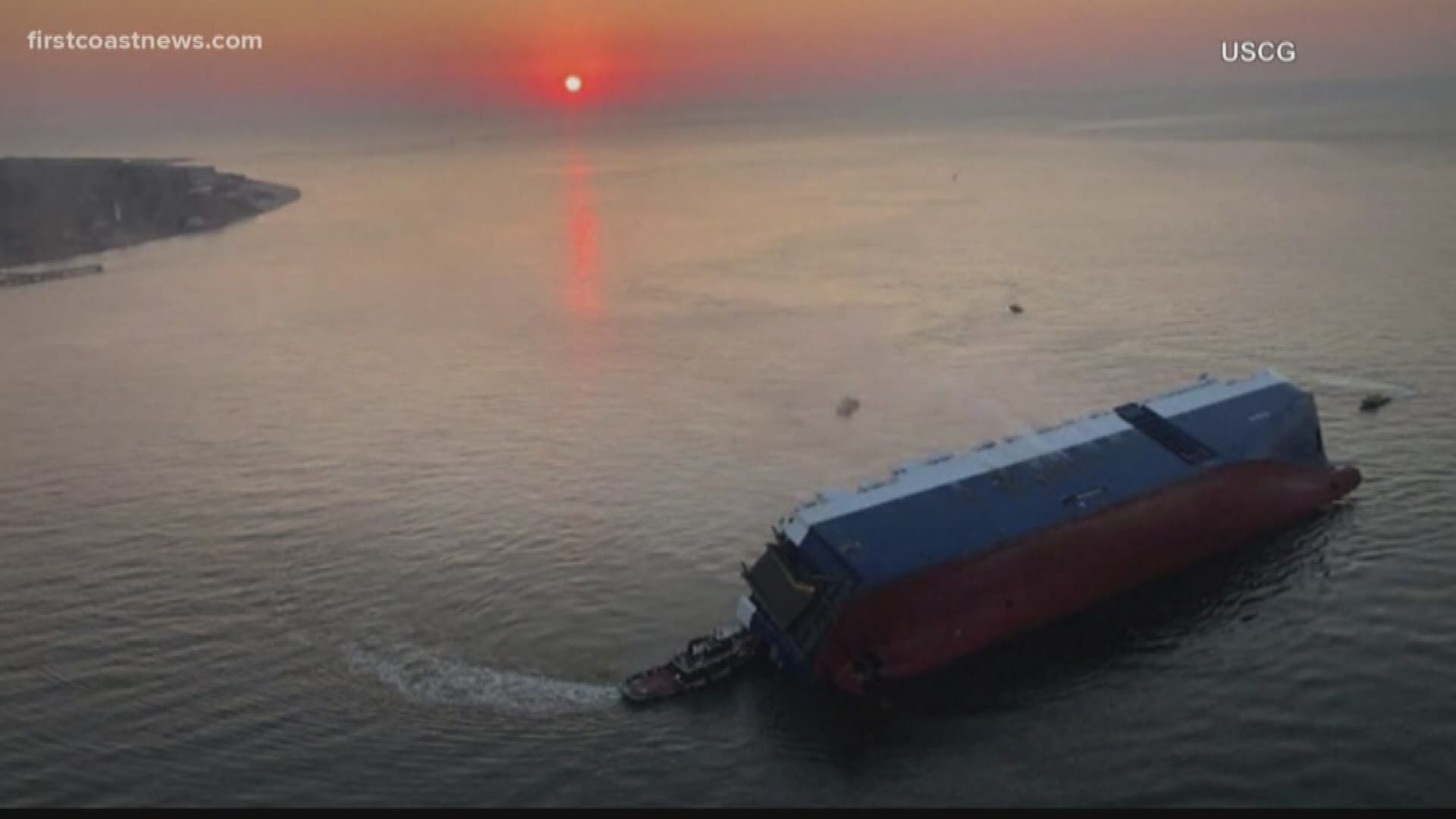 The Golden Ray cargo ship which has remained in the St. Simons Sound since September, will be disassembled in place in order to finally remove it, the U.S. Coast Guard said Saturday in a news release.

The decision to disassemble the ship was made after maritime experts determined that it would be impossible to safely right and refloat the Golden Ray with it fully intact, the release said.

The Golden Ray cargo ship became stuck in the St. Simons Sound after capsizing on Sept. 8, trapping 24 crew members on board for over 30 hours.

All crew members were rescued safely. Since the incident, surrounding areas have experienced oil sheen and deposits, sparking environmental concerns.

As of Saturday, over 225,000 gallons of fuel has been removed from the ship, according to the Coast Guard.