This is the fourth dead humpback whale found in the Pacific Northwest over the last 2 years. 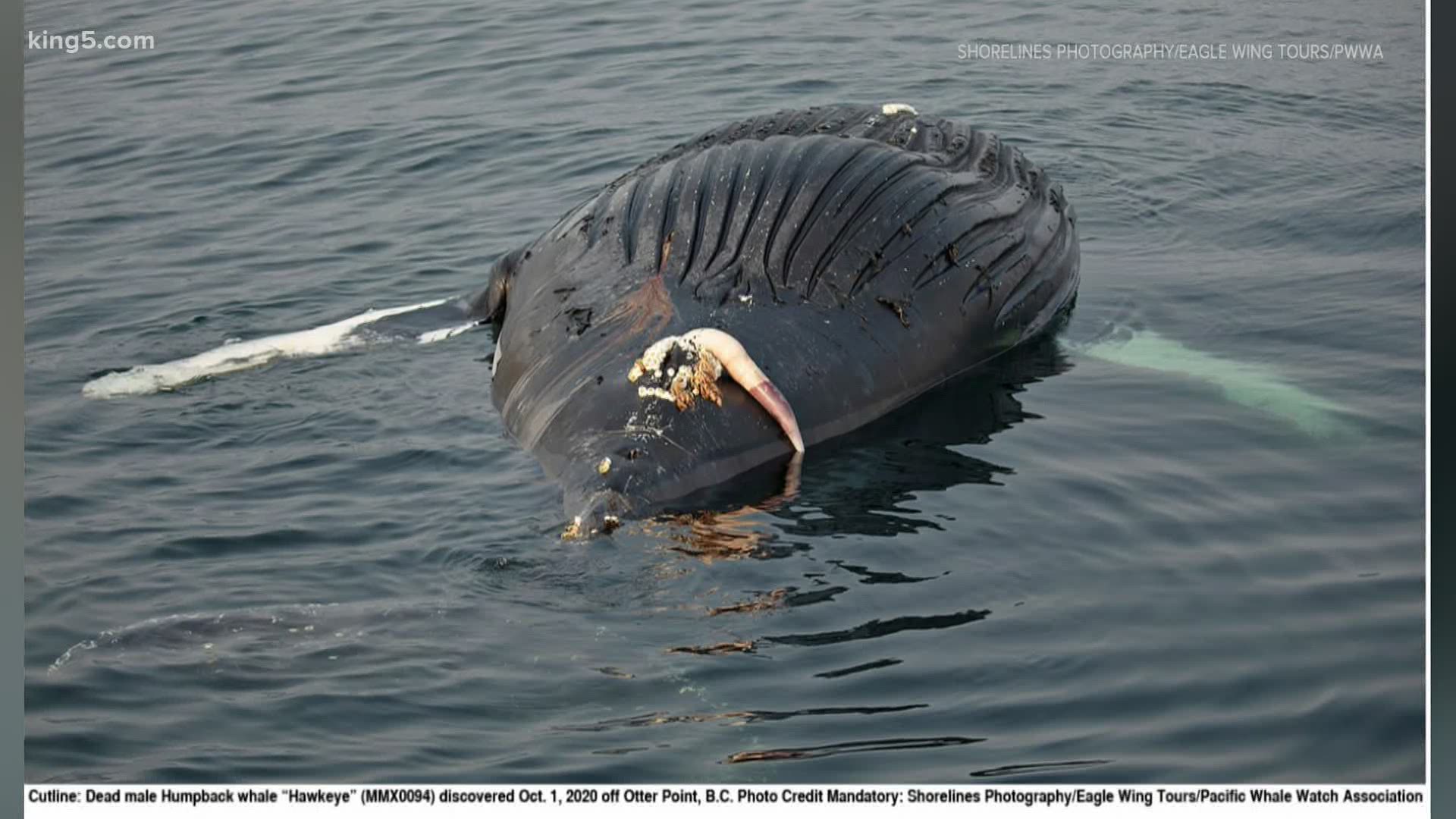 On Friday evening, experts reported that a humpback whale's carcass was located in Northwest waters by researchers from Cascadia Research Collective. They are currently transporting it to a location where a proper necropsy will be done on the dead whale.

The Pacific Whale Watch Association reported seeing a dead humpback whale in the Strait of Juan de Fuca last Wednesday. The search for the deceased animal came to an end on Friday evening.

The deceased whale was found belly up, its head submerged but its tail visible near the surface. It provided photographers the opportunity to photograph the underside of the whale’s tail. They have identified the male as “Hawkeye.”

The humpback was a young male first sighted and catalogued in 2016, according to CTV.

Hawkeye was seen on September 22 by a ship tour guide. They were able to photograph Hawkeye off Otter Point just west of Sooke, B.C. The guide also said the whale appeared healthy during their encounter.

Experts fear the whale may have been struck by a ship. The necropsy, which is expected to be done as soon as tomorrow, will reveal the cause of death.