Coast Guard crews are working around the clock monitoring pollutants leaking from the capsized Golden Ray cargo ship in the St. Simons Sound. 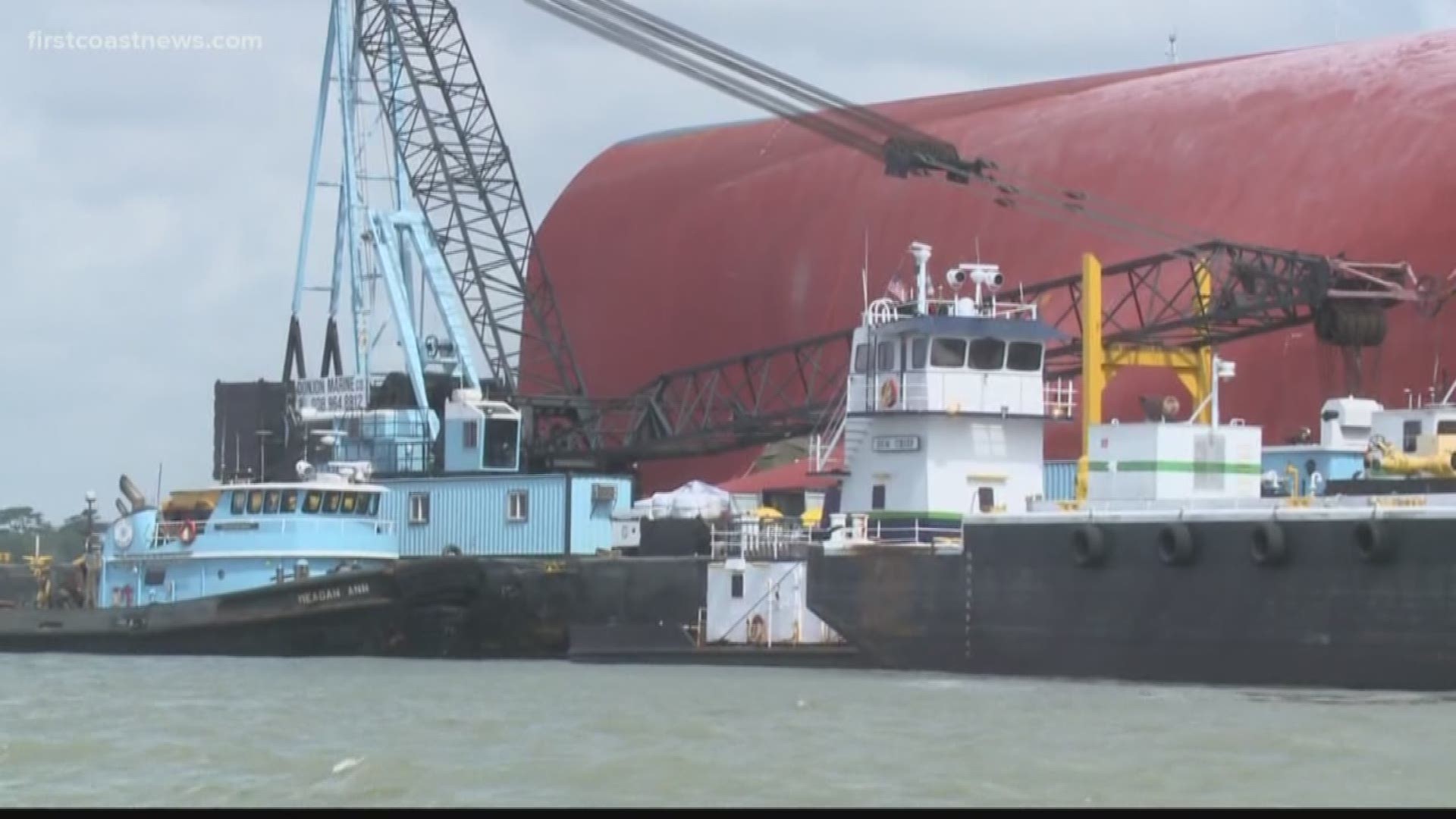 The Golden Ray cargo ship capsized in the St. Simons Sound back in early September.

Since then, salvage crews are facing challenges getting all pollutants off the ship.

On Monday the unified command center, who gives updates on the ship, said there was an oil leak.

Crews moved to secure the source of the leak.

The Coast Guard spoke to First Coast on Tuesday about the latest updates on salvage efforts.

So far, 74,000 gallons of fuel have been removed from the ship, according to the Coast Guard.

But there’s still a long way to go. The lightering, removing pollutants is taking longer.

Crews work around the clock trying to get all the oil and pollutants off the Golden Ray.

Getting the Golden Ray’s crew members off the ship is still a vivid memory for Nicholas Szep.

“That’s the reason we join, rescue people when no one else may be able to get them off,” Szep said.

Szep’s only been in the Coast Guard for four years.

“Bringing the crew members from on board, they were just absolutely thankful to be off the boat and get to safety," Szep said. "They knew they were safe now and that was fulfilling for me.”

The attention is now focused on getting all the oil off the ship.

Crews with hundreds of people are using over 5,000 feet of boom to contain any oil.

There are no active leaks Tuesday after some oil leaked Monday night according to officials.

She says the clean-up efforts will be a long process.

“We have hundreds on scene, world-renowned crews, internationally recognized experts with many people mitigating the environmental threat and figuring out the next step,” Thornton said.

From the crew rescue to the clean-up and salvage, Szep will remember this operation for a long time.

“It’s something I’ve never done before in my Coast Guard career,” Szep said.

Crews are also continuing to monitor the nearby environments for any impact.

They are also working with local groups to track oil sightings in the area.