A First Coast News viewer captured oil along St. Simons Island Beach during low tide on Thursday evening, with some believing it came from the Golden Ray. 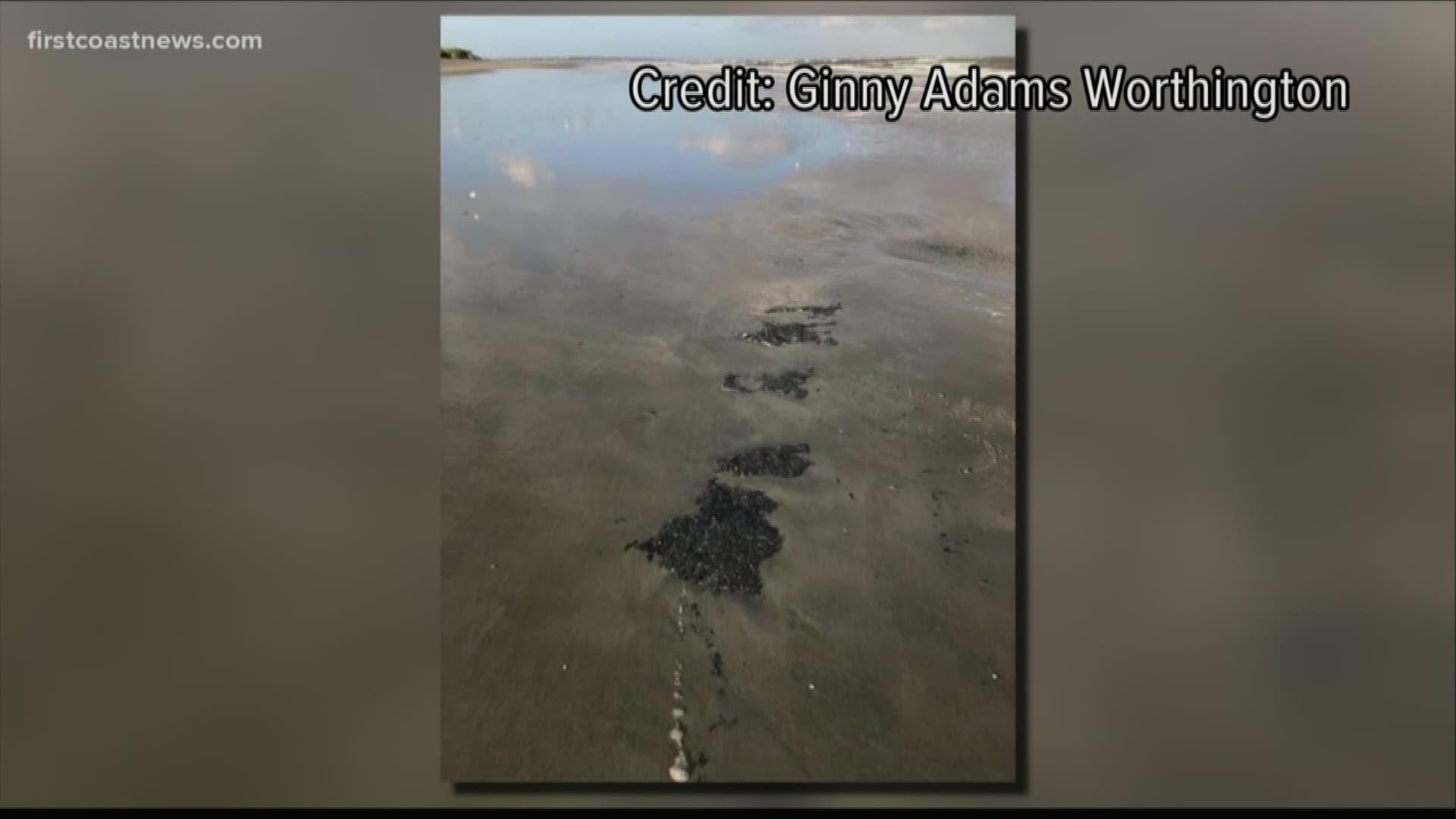 There's a growing concern for the shores of St. Simons Island.

First Coast News told you that oiling was reported in nearby marshes after the Golden Ray cargo ship capsized weeks ago.

Environmentalists believe the oil came from the Golden Ray.

During low tide on Thursday, more images were discovered showing oiling on the beach.

The oiling issue is causing unrest for Fletcher Sams, executive director of the Altamaha Riverkeeper.

“We’re concerned we’re finding things that are newly reported, and we don’t think they’re being as responsive as we would like them to be," Sams said.

Sams took a stalk of grass from the marshes along Back River, which still had some oiling on it.

It's unknown when it could have gotten there.

The Unified Command Center tells First Coast News there are no active leaks of oil from the Golden Ray.

Absorbent booms are being placed inside the ship to soak up contaminants, while industrial strength bags are used to soak up any oil that may leak, according to Unified Command.

The center posted on Thursday that salvage teams are skimming pollutants from the engine room to allow access to the main fuel tanks.

According to their post, response teams say they are seeing minimal to no environmental impacts.

Sams feels the problem is being understated.

The Altamaha Riverkeeper is working with the University of Georgia to conduct tests of samples that will be gathered from different areas around St. Simons next week.