A video released this week called the Great Florida Waterway hopes to put the issue before lawmakers. 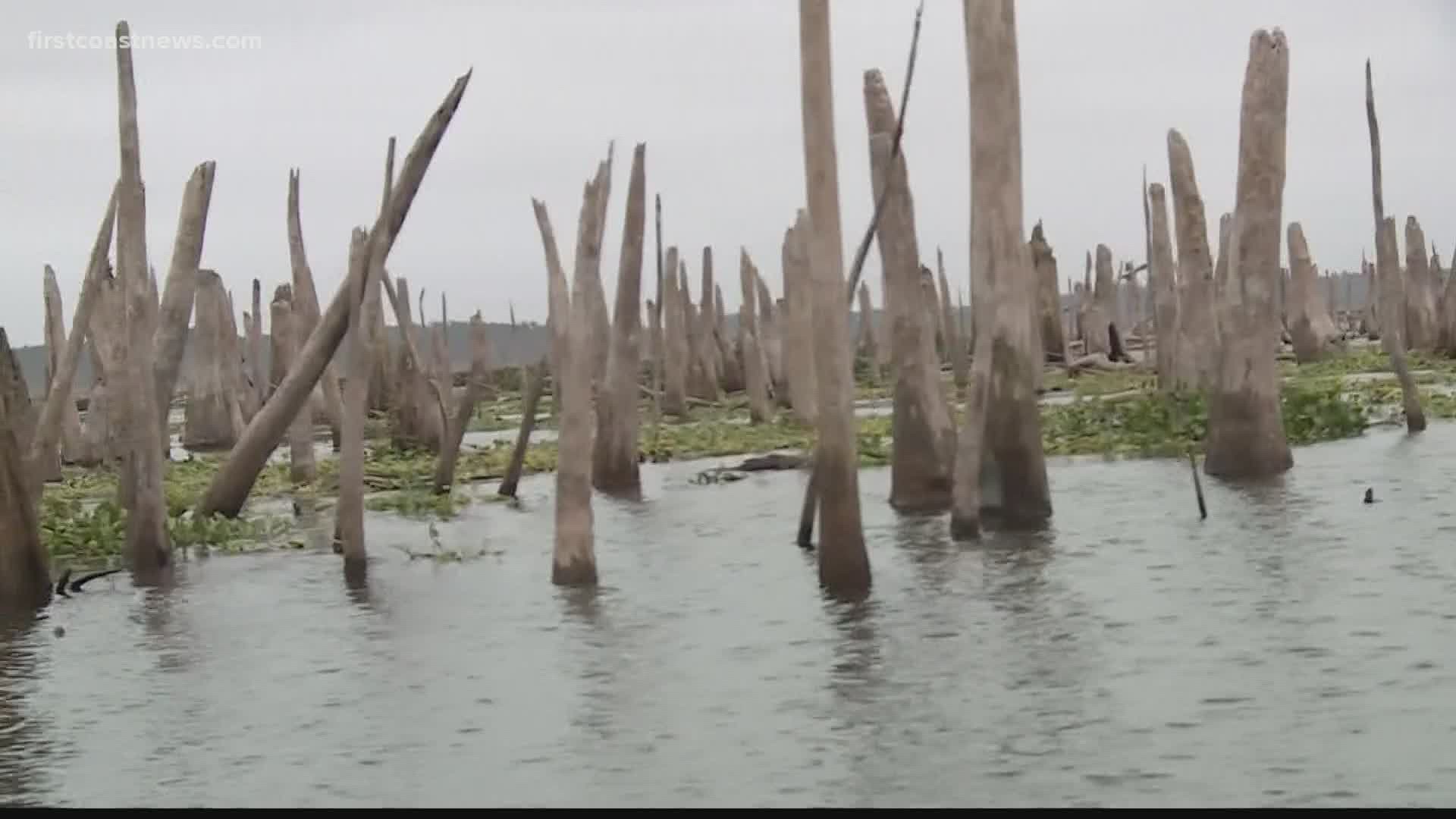 JACKSONVILLE, Fla. — An ancient waterway is now the focus of a renewed battle.

For the past 52 years, the Ocklawaha River has been blocked by a dam at Rodman Reservoir. The Putnam County dam built in the 1970s was part of a plan to create a shipping canal straight through to the Gulf of Mexico.

While that plan was abandoned, the dam remains and continues to divide those who like the fishing spot it created and those who want to restore the natural river flow.

A video released this week by a coalition of environmental groups is part of a new effort to put the issue back before lawmakers in Tallahassee.

The dam is at the center of a tug of war over water.

Fishermen can be seen on both sides of Rodman Dam Road. The dam restricts water flow from the Ocklawaha River to the St. Johns River.

Fishermen like Jim Hughes, who moved to Putnam County eight years ago says he would like to see the dam taken down.

“I don’t think we need it. I think it’s a deterrent for better fishing, and fishing quality in the US has gotten so bad because of dams,” Hughes said.

The dam and the fishermen have been moneymakers.

Putnam County Commissioner Lee Harvey would like to leave it as it is.

“We’ve got a beautiful pristine area, that I can drink water out of the reservoir and out of the waterway,” Harvey told First Coast News.

“We want our environment the way we want it right now,” Harvey said.

Environmentalists, including several different groups from across the state, disagree.

“It’s on the scale, the same order of magnitude as an Everglades restoration,” Jim Gross, executive director of the Florida Defenders of the Environment said.

Gross says a partial removal of the dam could open up 20 springs that could provide refuge to wildlife.

“The environmental benefits extend from the Harris Chain of Lakes all the way to the Atlantic Ocean,” Gross said.

Gross says another benefit is the freshwater could feed the St. Johns River, which faces challenges including climate change.

“With sea-level rise, we’re going to see increasing amounts of salinity in that system downstream so that additional flow out of the Ocklawaha will fight back that saltwater that’s coming in,” Gross said.

Lisa Rinaman, St. Johns Riverkeeper told our news partners at the Florida Times-Union that Jacksonville has a lot at stake in the decision.

Fishermen like Hughes believe there are environmental and economic benefits.

“I would love to see the dam go. I went to Columbus College in Georgia, and they tore down one of the main dams that did the same thing. And now they have whitewater rafting, the fish can go up to the Chattahoochee up towards Atlanta, and it’s turned the whole fishing around.” Hughes said.

Gross says the goal is to create legislation to present to state lawmakers in Tallahassee ahead of the upcoming legislative session in March.

Read more from our partners at the Times-Union here.