What were those strange lights in the First Coast sky Thursday night? 🛰️

First Coast News has received calls and emails from viewers wondering about a strange line of lights in the night sky. 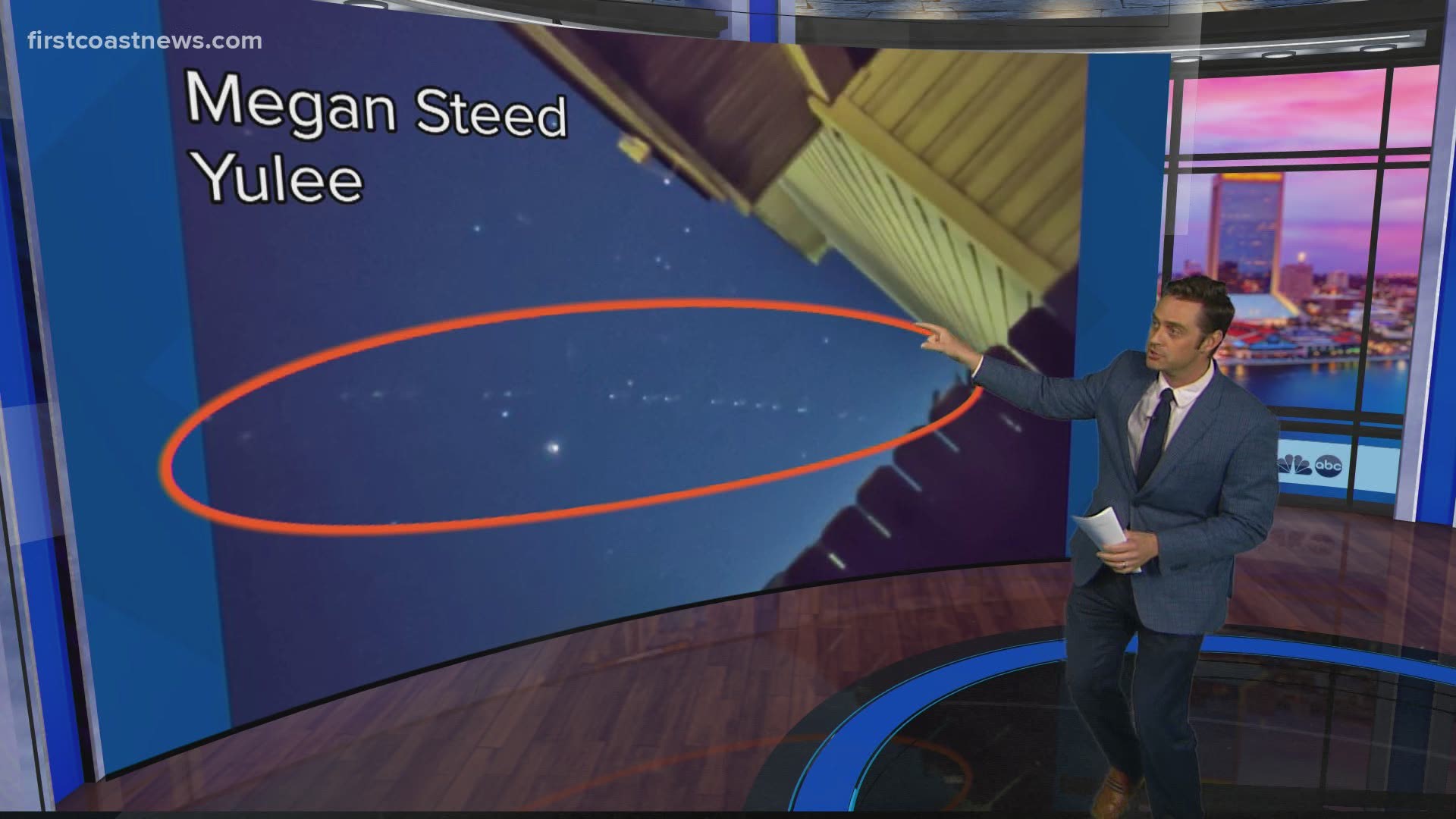 JACKSONVILLE, Fla. — Lots of viewers called and emailed First Coast News Thursday night to ask what it was they were seeing overhead: a line of lights moving through the night sky at a steady speed.

One viewer from Nocatee said "They looked like stars, but they were in a straight line formation moving through the sky. Too high for helicopters I think plus no noise. They could have been planes, but seemed to he moving slowly from our perspective."

Turns out, the flying lights aren't UFOs (although it wouldn't be the first time UFOs have been in the news this week). It's a string of satellites launched Wednesday by SpaceX as part of its Starlink satellite program.

Right now, the satellites are still clustered together at a lower altitude, but as they continue to rise to their final destination about 340 miles above the earth's surface, they will spread out and become less visible.

As of this week, SpaceX has launched more than 400 of these satellites. The company hopes to eventually have more than 40,000 satellites to beam back affordable internet access across the globe.

The company's leaders hope the pilot program for the new internet service provider will be available across the United States and Canada later this year. SpaceX says the satellites will deliver high-speed broadband internet to locations where access has previously been unreliable, expensive or completely unavailable.