When it comes to today's learning environment, "I almost had an epiphany when I realized not everyone can afford a computer," he said. 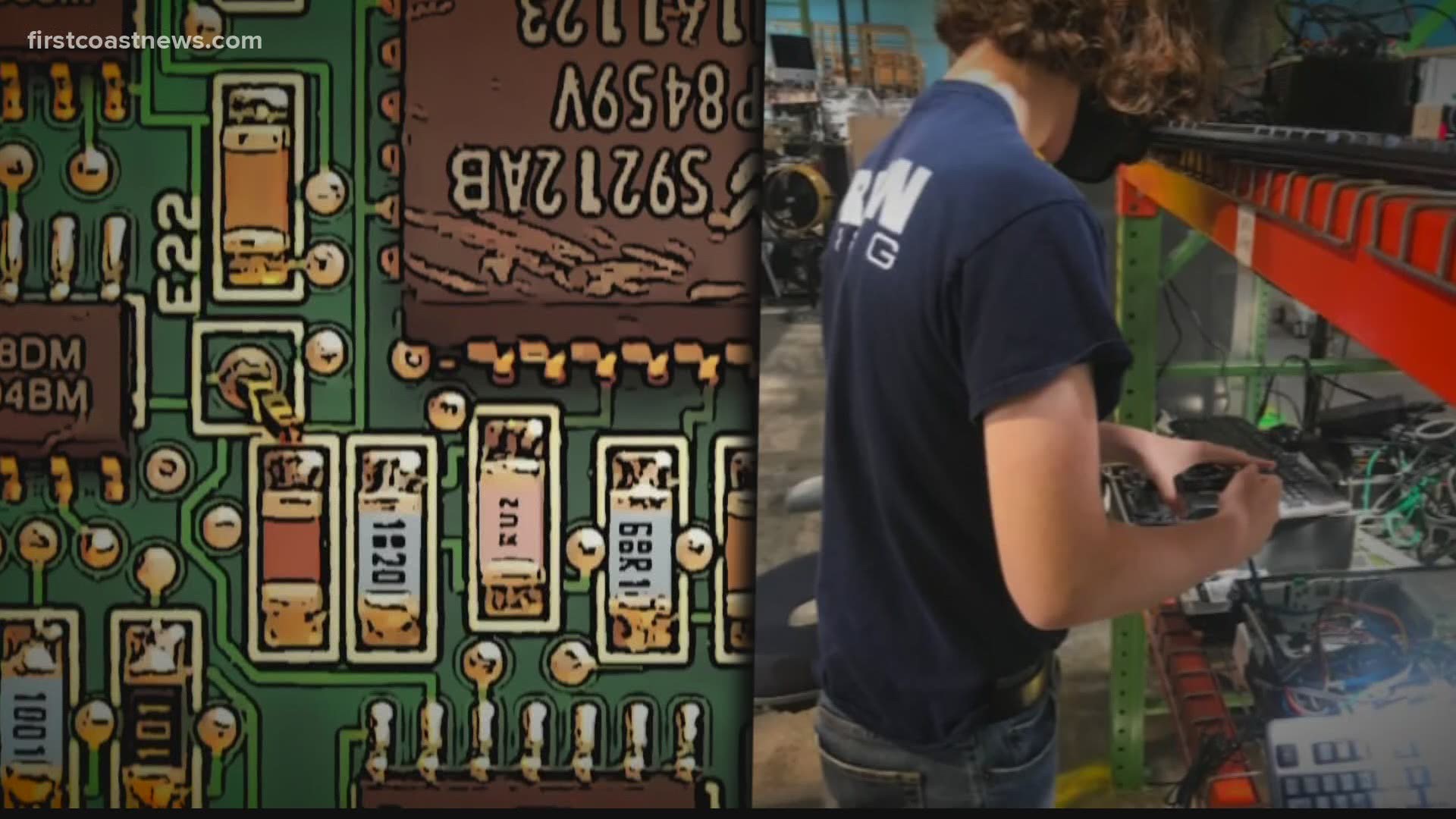 JACKSONVILLE, Fla. — While many will remember the Summer of 2020 for the coronavirus pandemic, 15-year-old Christopher Kilpatrick will remember it as the summer he made an impact on his community.

"I like the feeling I am making a difference," said Kilpatrick.

A rising sophomore at The Bolles School, the teenager had a summer internship at Urban Mining, a technology company.

He understands that in today's learning environment, a computer is essential, but he also knows there is a digital divide between the have and the have not.

"I almost had an epiphany when I realized not everyone can afford a computer," he said.

Kilpartick interned with Johnnie Mcburnie's team at Urban Mining and saw an opportunity.

"We get retired machines from businesses," said Mcburnie.

The opportunity was to take some of those retired machines and instead of them becoming salvage goods, he wanted to refurbished them and then donate them to close the digital divide; it became his summer project.

"We kept him busy," said Mcburnie. "He was doing four to five machines a day."

In the end, Kilpatrick would completely refurbish 20 desktop computers and that includes monitors, programs and the other ancillary needs.

"I installed various applications and made sure they are working," he said.

Now those 20 computers will be donated to the nonprofit Big Brothers, Big Sisters.

"He knew his stuff," said Mcburnie.

"One great thing I learned from this is the importance of recycling," said Kilpatrick.

And now his summer experience just may become the new expectation for future interns.

"I think we started something really good here," said Mcburnie.

The computers will be delivered sometime next week.