Homeless and alone, he found hope again when a teacher took time to say hi

Andre would often sit in the lobby of the YMCA. He was used to people passing him by, until one day when a woman stopped by his table. 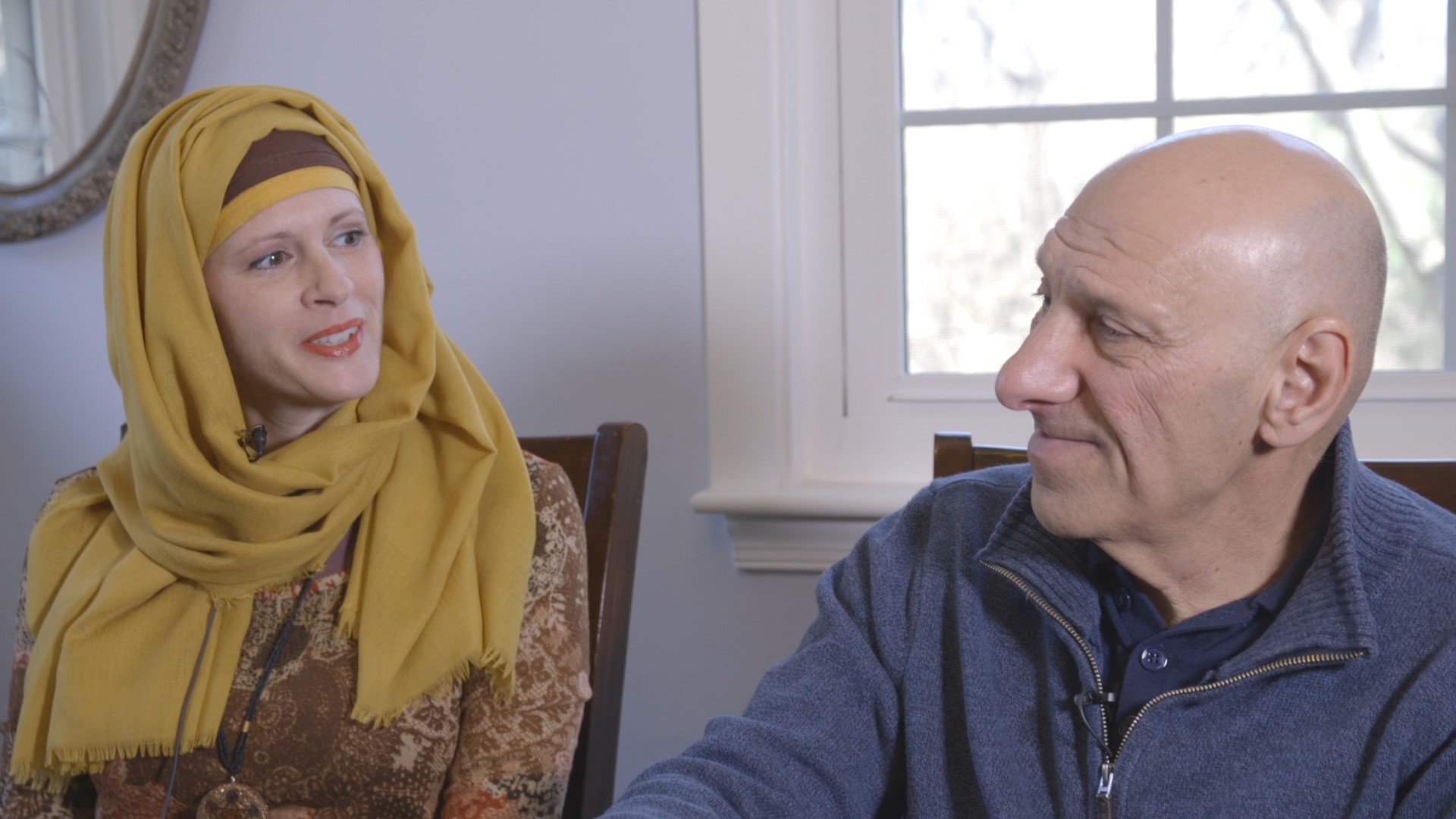 WEST CHESTER, Pa. — Like many close friends, Jennifer Ozgur and Andre Szekely can talk for hours. Philosophy, politics, education—there’s never any shortage of topics to hash out.

They also function as advisers of sorts for one another, seeking guidance or serving as a listening ear when necessary.

“We’ve found ourselves very comparable with our minds and how we see the world,” Andre said.

Their friendship began unexpectedly years ago at a YMCA in a Philadelphia suburb.

Jennifer, a frequent attendee at the Y, one day began noticing a man sitting in the lobby. She passed by him working on a computer time after time, and eventually became curious about who he was and what he was working on.

So one day, she stopped to ask him. Andre turned his computer to show Jennifer his life’s work: hundreds of bright, eye-catching photographs from across the country.

RELATED: They found peace in a violent neighborhood through meditation. Now, they teach others.

“I started looking and I was like, ‘Wow, he’s super talented,’” Jennifer remembers.

A self-taught photographer, Andre spent his younger years traveling across the globe in pursuit of his next sweeping landscape or intricate flower portrait.

But life eventually led him to West Chester, Pa., where he found himself editing his photos in the lobby of the Y.

After their initial meeting, Jennifer started stopping by Andre’s table more often, and the two slowly developed a friendship.

But as they grew closer, there was still a secret Andre was withholding from his new friend: he was homeless. After he left the YMCA, he would return to his battered silver minivan for the night.

Jennifer had no idea about Andre’s living situation until one day when he finally trusted her enough to tell her.

As a young man, Andre came to the U.S. from Hungary to seek his version of the American Dream. He started a family and owned his own greenhouse business until a divorce and family conflicts left him financially strapped and alone, he said.

Andre has been living out of his car for seven years.

Today, he works part time as a school bus driver, saving money to visit his daughter and grandson who live across the country.

Over the years, Andre has become accustomed to the shame that comes with being homeless.

“I’ve been through all the humiliation you can imagine. Soup kitchen, Salvation Army,” he said.

So when he told Jennifer he was homeless, he was surprised to find she didn’t think of him any differently.

“She always talked to me very kindly, very friendly and very understanding and in my situation, and it was a very good feeling because not too many people [were] talking to me, once they had the knowledge of my situation so nicely and kindly,” Andre said.

RELATED: Former Marine helps other soldiers heal by 'walking off the war'

Jennifer continued to support her friend, bringing him along to family outings and dinners.

One November, an invitation from Jennifer especially warmed Andre’s heart. She invited him to Thanksgiving dinner with her husband and kids.

“It was a delight after all those years, I’m able to have a Thanksgiving dinner in a family setting and it’s very hard for me to describe that feeling,” Andre said.

Today, the two have remained close over the years. Andre will stay with Jennifer from time to time, and she continues to invite him to family dinners and events.

“When I look at Jennifer, I look at her like my own daughter,” Andre said.

Andre is currently working to sell more cards with his photographs on them and recently was able to visit his daughter.

“[Jennifer] give me that hope to see the future to see, yes, it’s possible to achieve my dreams,” he said.

You can see more of Andre's photos here.

HeartThreads are the best stories about the best of us.