Gene needed a heart, but he knew a transplant meant a tragedy had to happen for him to live. That's why he decided to walk 357 miles from Cleveland to DC to honor the man who saved his life. 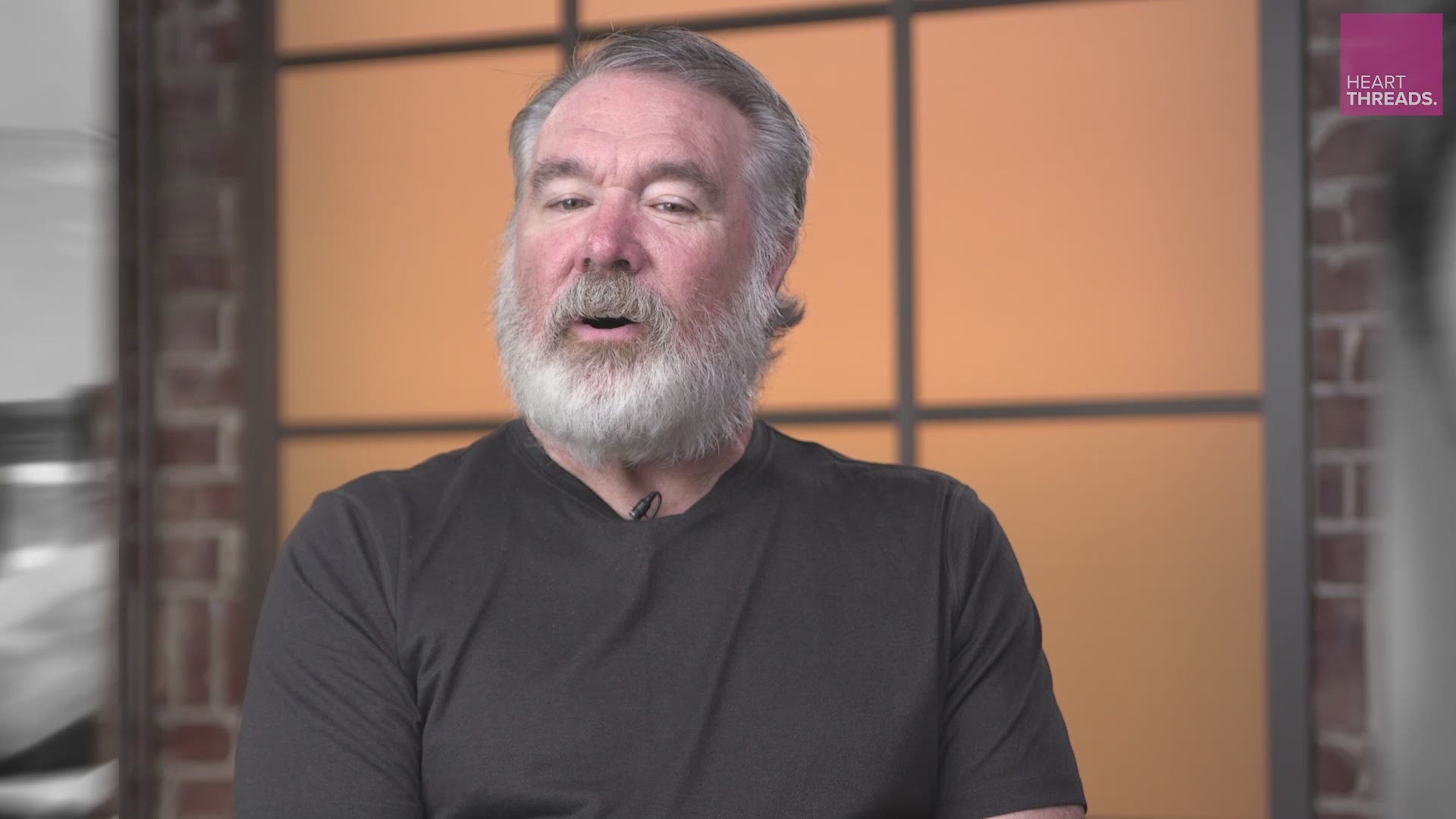 AURORA, OH – It was a spring morning when Gene Schimandle awoke unable to catch his breath.

As a former emergency responder, he wasn’t worried. He figured it was an upper respiratory infection.

“I was diagnosed in the next three days with congestive heart failure and I was told that I was going to be put onto a heart transplant list,” Gene said. “It was a big life change. I was teaching CPR and advanced cardiac life support and being the life saver, not the guy needing his life saved.”

Gene had no idea of the long road ahead.

Over the course of 12 years, two ventricular assist devices and a variety of medications after his initial diagnosis his doctors at the Cleveland Clinic told him there was only one option left.

“I was to wait in the hospital for a heart,” Gene said.

“He said, ‘We’re just not getting any hearts,’” Gene recalled his surgeon saying. “And I said, ‘Well, I really believe that when I absolutely need a heart… it’s going to be shared with me.’”

As a retired emergency medicine worker, Gene knew he couldn’t take the gift of a new heart lightly.

“I knew not to take life for granted… I learned how easily this life can be snipped away,” Gene said. “I knew that there was going to be a tragedy that had to take place for me to continue to live.”

On May 6, 2017, Gene got the call. Along with it came both happiness and sadness.

“When I got the call to say, ‘Gene we found you a heart!’ my wife said, ‘Why aren’t you more happy? Why aren’t you excited about this?’” Gene said. “It was an excitement and kind of dread because I knew somebody had to die for me to be able to get the heart.”

“The surgery lasted through the seventh and into the eighth,” Gene said. “I celebrate my second birthday… my daughters had a birthday cake when I got home from the hospital, ‘Dad’s new birthday – May 8, 2017.’”

He felt alive and well for the first time in years. His health was so good that within the first six months of his transplant, he began training for a 5k Thanksgiving Turkey Trot.

But something was still weighing on him.

“One of the rules is you weren’t supposed to meet the donor’s family for a year. For grieving purposes so that they have a chance to… some healing. Time for them to get beyond that horrible tragedy.”

When a local news station picked up Gene’s story of tackling a 5K just months after surgery, a friend of his donor family was watching.

Gene met his donor’s family prior to his race and learned the identity of his donor, a young man named Cody.

“I met them eight minutes before the race began,” Gene recalled. “Cody’s mom listened to her son’s heart beating in my chest just before the race started as did Cody’s grandmother, brother, dad and his fiancée.”

Then Gene learned the devastating story behind his new heart.

“I know that Cody was a magnificent young man,” Gene said. “(Cody’s) dad had always driven as they worked at the same place so Cody didn’t feel the need for having a driver’s license. He had gotten his driver’s license so his mom and dad could have that weekend to celebrate their wedding anniversary and he drove into an intersection that he wasn’t familiar and a truck hit him and four days later I got the call.”

A walk of honor

“The tragedy for this young man and his family was the blessing I needed to continue on with my life.”

Gene wanted to do something greater to honor Cody, his family and bring awareness to the importance of organ donation.

“I started daydreaming about what I could be doing to assist in getting folks aware of how important it is to be an organ donor and into my brain screams, ‘You need to be walking to the White House!’” Gene said. “I thought, ‘Pretty strange thought.’”

Gene couldn’t stop thinking about the 357 -mile walk from his home to the White House. It would be a way for him to put his heart to use and promote organ donation awareness.

He decided to embark on the journey, 13 miles a day, with organized events along the way to tell his story.

Cody’s family and his doctors cheered him on as he departed Cleveland on his birthday. He walked through Pittsburgh, along the Chesapeake, to Cumberland and along the Potomac into Washington D.C., informing people of the gift he had received along the way.

“When I met [Cody’s] family, I realized it wasn’t just that I was so very fortunate in having this gift that I’ll never be able to repay,” Gene said. “But they were now of the understanding that Cody didn’t die for nothing. That there was a true reason, a true person who was alive because of Cody’s gift.”

On the one year anniversary of his heart transplant, Gene reached the White House, which he compared it to the tinman finding his heart in Oz. But his true blessing was being able to spread the importance of organ donation.

“The gift of life is such a magnificent gift. So, the gift from the donor is so precious,” Gene said. “I think we just take it for granted. We shouldn’t do that.”