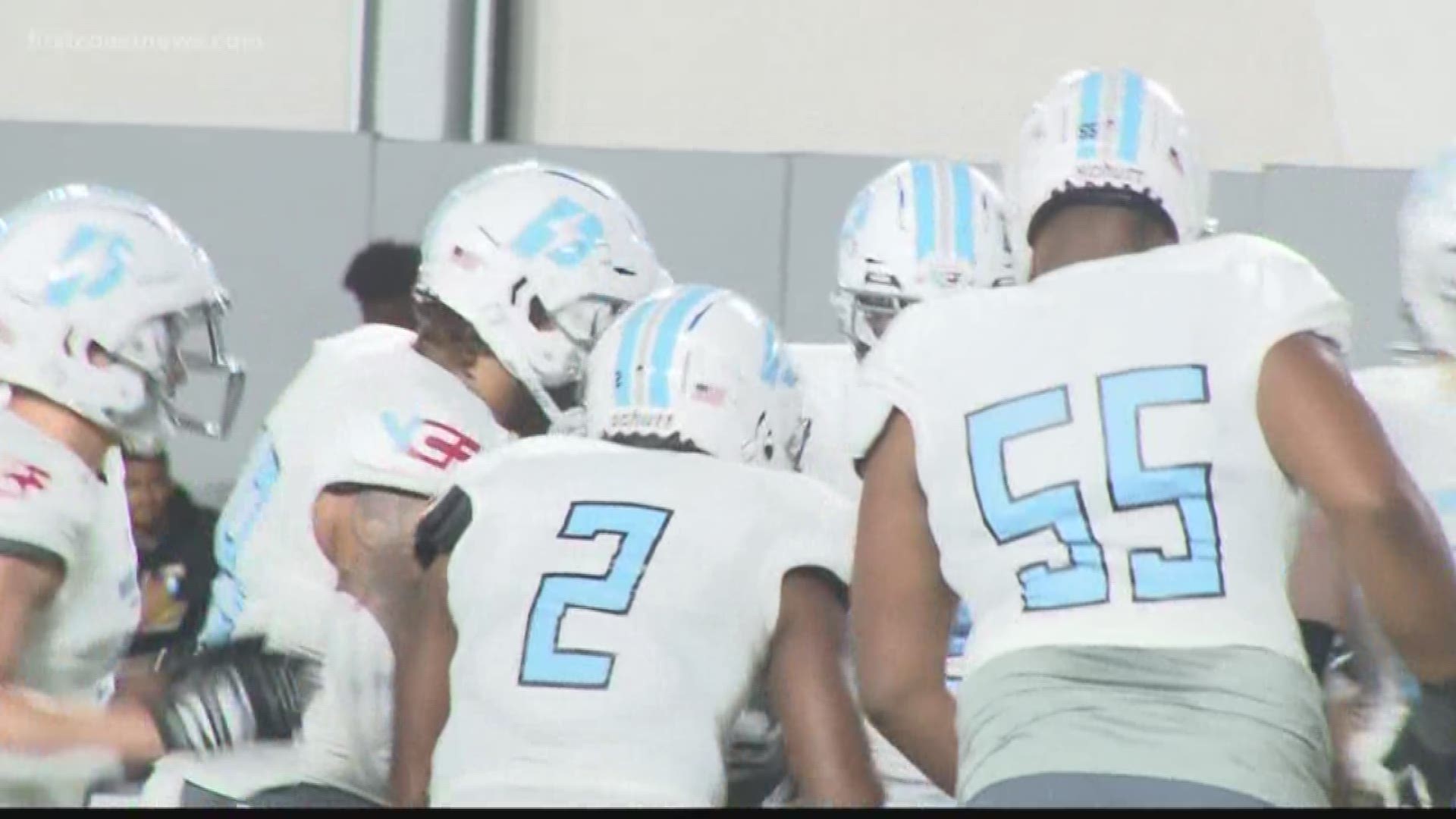 Sure, 93-percent of the players on "Team Grit" and "Team Power" have previously appeared on NFL and/or CFL rosters. And certainly, part of why the two teams' coaching staffs (who combine for 200-plus years of NFL experience themselves) got involved was to help the next generation achieve their NFL dreams.

"We are really about the fan engagement and fan competitions with play-calling," Meringer explained prior to YCF's debut at Daily's Place, the practice facility of the Jacksonville Jaguars. "So the hope is that we can do this once or twice a year, but that we can [also] license this unbelievable fan engagement technology out to other sports properties who want to entice the fan who's not watching TV. They're streaming, and they wanna be innovative. And they wanna combine fantasy with live, play-calling in a game environment."

Safe to say, this isn't your typical, "Sunday afternoon football."

"This is interactive football at its best," former NFL stand-out and "Team Grit" head coach Solomon Wilcots said. "This is sort of the combination of a live, Madden game, gaming, and fantasy football all rolled into one.

"It doesn't get any better than this."

To the observer just rolling down Gator Bowl Boulevard Monday night, it looked to be just another Jaguars practice -- albeit with the doors open and the teams sporting red and white jerseys. But on the sidelines, head coaches Wilcots and Merill Hoge held iPads that told them not what plays they could run -- but which plays the fans watching online voted that they needed to run.

"What that does for me as a coach is it takes all the pressure off!" smiled Wilcots. "I don't have to sit in a press conference tomorrow and be asked those questions -- 'why I ran a certain play' or 'why I didn't run the football.' It's the fans who are calling the plays!"

To join, all fans need to do is download the "Your Call Football" app, and tune into the live-action game. During the game, the app will prompt users to select the package of plays they think will work against the opposing team best -- just like they would in Madden. The package that receives the majority of votes is then the group of plays Wilcots and Hoge run.

This second series of YCF (the first took place back in May in Vero Beach) runs each Monday for the next three weeks.

Meringer, a veteran in the tech industry who had had no prior involvement with football, gushes over how cool it has been to "bring an idea to life."

"It has been an amazing experience and I've surrounded myself by really great talent to make it work," she said.