Clay County softball community rallies for one of their own 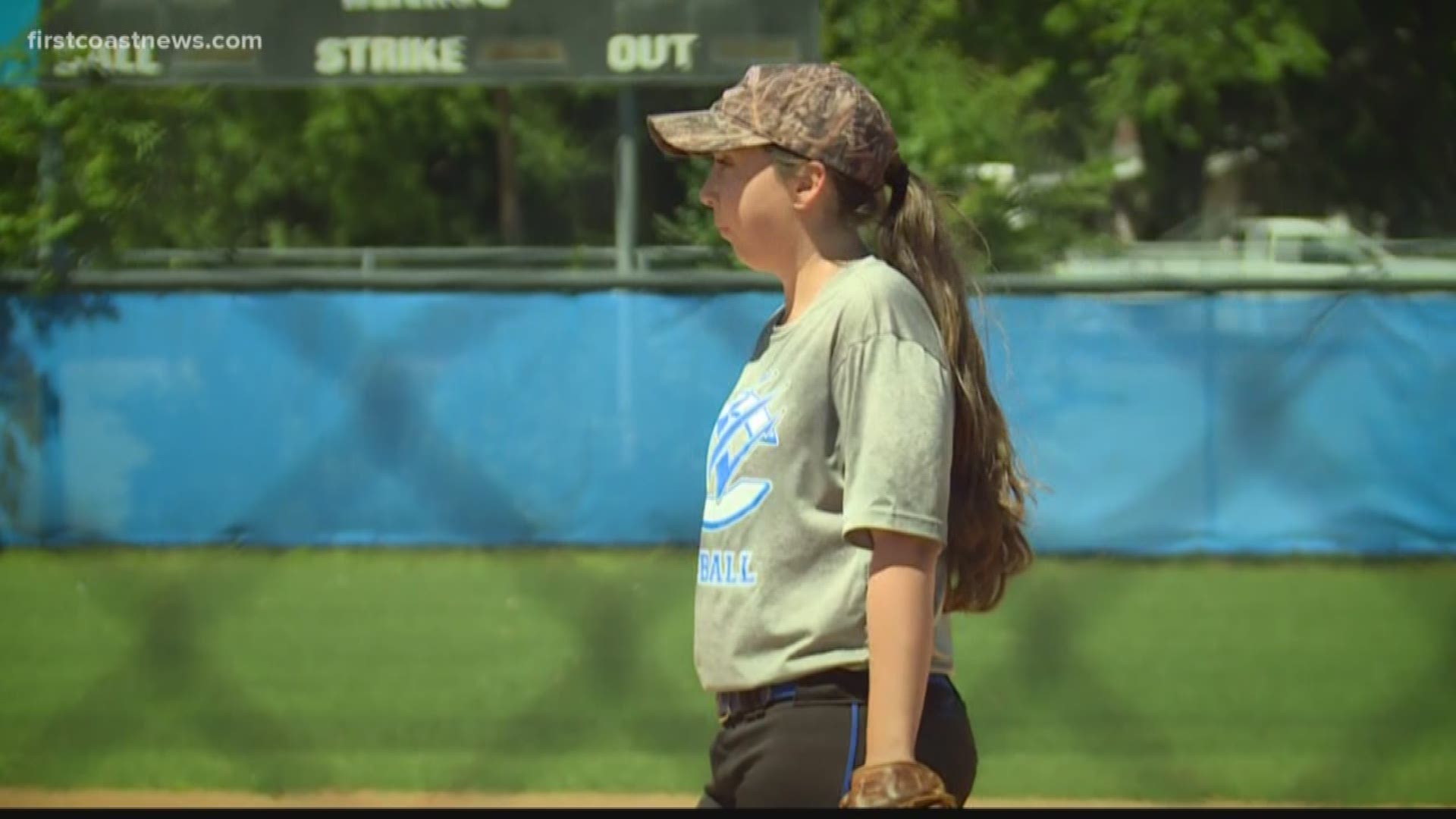 GREEN COVE SPRINGS, Fla. — For as successful as their teams have been -- for as competitive as they are on the field -- softball teams in Clay County are one big family.

"I'll tell ya right now: love 'em to death. Okay," Clay High head coach Matt Lewis explained at a recent practice. "On the field? Wanna be the socks off them."

Almost all of the County's high school softball coaches can be traced back to the 24-year veteran Lewis. Oakleaf High School's Kristina Thompson played for Lewis on the Blue Devils' 2001 State Championship team. Several coaches at Ridgeview previously coached with Lewis at Clay. Lewis' assistant, Crystal Rice, is also a former player.

But over the last four years, the Blue Devils have taken the term "family" to a whole new level: Lewis' only child, daughter Sydney, is Clay's first baseman.

"I'm close with my mom but there's some things that normally a girl would go to their mom and talk about -- I go straight to my dad," Sydney smiled.

"She and I have spent so many hours on the road together, traveling all over the place. Haven't really thought about it coming to an end and it's roughly two weeks away or more," Lewis said.

It will come to an end because Sydney is a senior and a soon-to-be student at the University of Florida. She has decided to not pursue softball collegiality, instead focusing on her civil engineering studies.

But in March, her career almost came to an earlier-than-expected end.

"Baker County comes to us. We play the game. At the end of the game, my assistant coach Crystal Rice comes up to me and says 'hey coach, you need to talk to your daughter about something that happened in the batting cage," Lewis explained.

The "episodes" had been going on for two days. Every time, Sydney would feel herself "space out" for what only felt like a few seconds. But by the end, she would find a pool of drool. It had already happened in the bathroom and in class when Sydney had another episode during batting practice.

Sydney played the game without further interruption. But after a sit-down with her parents at dinner that night, a doctor's visit was scheduled for the next morning.

Before she could even get there, Sydney had another episode. The Lewis' soon found themselves at Wolfson's Children's Hospital. Sydney spent an abnormal, two-plus hours in the MRI machine. After arriving in the afternoon, she was not brought to a recovery room until 2 a.m. Once there, she underwent more tests.

"I don't think I've ever been punched in my life as hard as when he said 'it's MS.'"

The doctors immediately began working with Sydney on "perspective." Thankfully, her specific diagnosis allowed her to keep a positive outlook.

"Once they said 'you have tumofactive MS. I was like 'am I going to be able to play?' And it relieved me so quickly when he goes, 'you need physical exercise in order to prevent a flare-up.... whenever you feel ready, go back at it," Sydney explained.

Sydney was only sidelined for about a week, but her prescience was seemingly everywhere. Players on both Oakleaf and Mandarin sported blue ribbons in their hair. Each player on Episcopal's softball team wrote Sydney letters.

"I've been getting text messages from girls I haven't talked to since I was 8-years old," she laughed.

The support their family received from that extended, softball family struck Coach Lewis deepest of all.

"When he saw the picture that Coach Thompson sent him of the Oakleaf-Mandarin game with the blue ribbons in their hair, he just started breaking down crying," said Sydney. They were in Sydney's hospital room, and Lewis was so overcome with emotion, he had to be taken outside.

The Lewis' will have to stock up on the Kleenex: though Sydney's equipped with great doctors and a positive outlook, her Senior Day and graduation will be here before long.

But there will be no crying or complaining from Clay's "Number Nothing." She's got a new mission: to advocate for others to get tested and to not be afraid to speak up.

"Even the biggest loss, even if we get run-ruled I think of it as a win in my book because I'm able to come out here and play," she said. "This disease isn't able to stop me."