Minshew mania: Why fans rally behind the man, the mustache

Gardner Minshew has shined since stepping in for injured Jaguars QB Nick Foles, and he's already winning over fans. 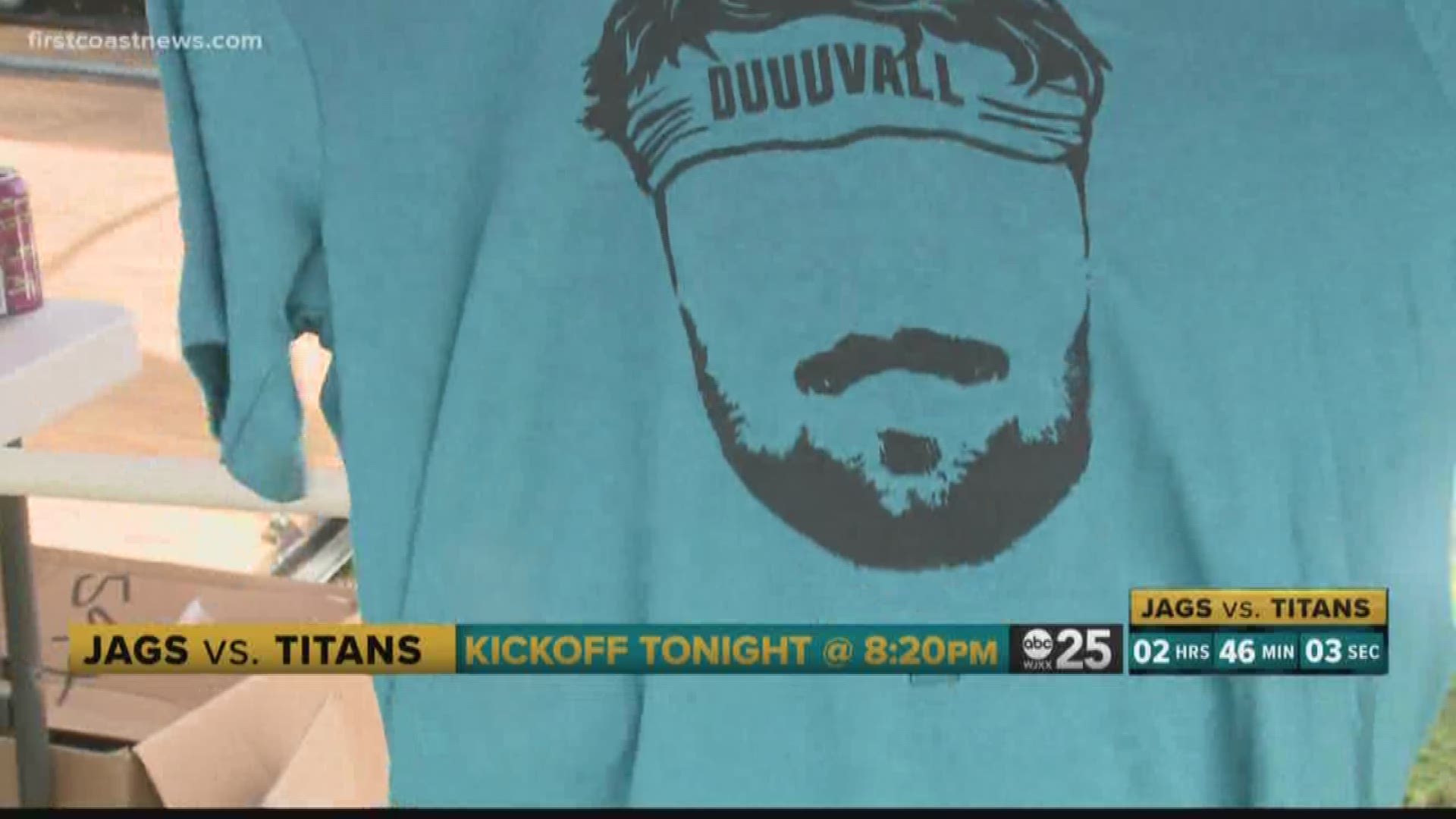 His play on the field has impressed some, but what's even more impressive is the mustache.

It's not just the fans--but it’s even benefitted businesses selling Jaguars gear.

Gardner Minshew II. The man and the mustache are winning over fans.

"You can't go wrong with someone with a mustache but he's also got an aura of confidence about him," season ticket holder David Damiani said.

Minshew t-shirts sold out at places like Sports Mania.

“We got in 36 t-shirts last night and around 11:30 am [Thursday] we’ve sold out,” Matthew Smith, owner, and operator of Sports Mania in Jax Beach said.

"The demand for Gardner Minshew is amazing," he said.

"We toyed with the idea of putting the shirt out, as soon as we did, people were blowing us up," John Caputo, co-founder and president of the Bold City Brigade fan group said.

The mustached Minshew even got the attention of the adult entertainment industry.

But as facial hair grows, so does the support around it.

"They're distinguished, it takes a special person to pull someone off, for him I feel like it fits him so well," Caputo said. "He's got that unique personality."

It's clear the hype train for Minshew is not slowing down.

“I think the fanbase is looking for someone to latch onto," Caputo said.

"To see him have the opportunity to succeed is exciting," Damiani said.

Caputo says the Bold City Brigade will continue selling Minshew t-shirts and Sports Mania tells First Coast News they will have shirts back in stock soon.