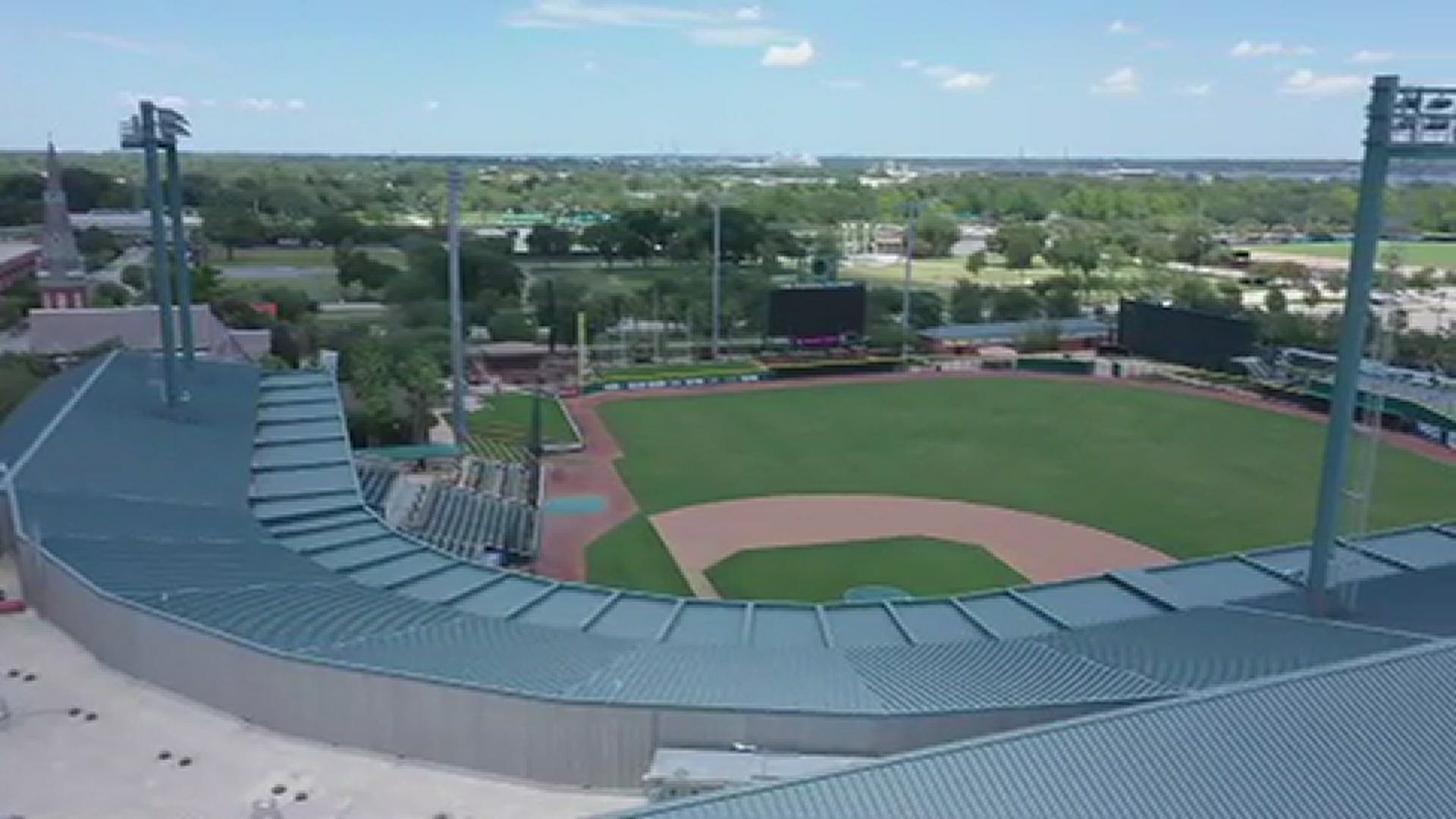 The minor league baseball season is cancelled. But the Jacksonville Jumbo Shrimp remain committed to paying their staff through the season -- and to providing the Jacksonville community with safe, socially distant "Affordable Family Fun."

Their parent club, the Miami Marlins, are committed to paying all their minor leaguers -- even those that are not part of the club's 60-player roster for an abbreviated season. So, "would've been" Jumbo Shrimp will be paid. But what else can they do?

“They’ll have to keep their skills fresh," Jumbo Shrimp owner Ken Babby explained. "Those guys are in a tough, tough spot because they’ll be a year older next year. The window of opportunity for minor leaguers to make the major leagues is a slim narrow window as it is.

"It's a tough dynamic for them as it is for everybody in the industry... but we will see the other side of this. Baseball will return."

If only in fan-less, Major League form, it's scheduled to be back in just a few weeks. And that aforementioned, Marlins 60-player roster has plenty of former Jumbo Shrimp, especially on its "taxi squad."

“Naturally, you wanna see those guys in the taxi squad that have come through Jacksonville make that major league roster – but you want them to get there the right way," Babby continued. "Certainly, we don’t want to see infection from players be the reason those taxi squad guys get called up. But these guys are gonna play 60 games. There are very few days off if any for some of these teams. Even cases where weather will still be a factor – doubleheaders will be common – and so they’re gonna need those arms.”

Among those on the Marlins' 60-man roster include pitchers Jordan Yamamoto and Sixto Sanchez, both Jumbo Shrimp last season. Sanchez is the top-overall prospect in the Marlins' organization.

Even if the obstacles from the pandemic are overcome, many fear that future baseball seasons could be impacted by the looming CBA negotiations between the MLB and MLBPA. The current CBA is set to expire at the end of the 2021 season.

But Babby said there's no need to worry about minor league baseball being impacted.

"The last time there was a labor dispute (in 1994-1995), minor league baseball played on," Babby explained. "Minor league players are not part of the Major League players' union. So those players and their development generally continues on -- and that's how I would anticipate it to go."

And while the 2020 season could never get off the ground running in the Minors, Babby and his team remain committed to providing "Affordable Family Fun" through the duration of the summer.

"This will be a tough season as it will be a tough year for all of us. But we're in it for the long haul," Babby said, noting that the Jumbo Shrimp just renewed their lease with the city and recently signed their naming rights partnership with 121 Financial.

"As I said to my staff on a Zoom call, it feels like this is never going to end. But every great crisis in our history has always come to an end. We will see the other side of this. Baseball survived wars, terrorist attacks, and even pandemics in the past. I know we're all antsy, we're all anxious. But our business and our commitment to Jacksonville is in it for the long haul."

Next up on the Jumbo Shrimp's calendar of safe, socially distant events is a Movie Night and Fireworks on Friday, July 3. Tickets must be purchased in advance and gates open at 6:30 P.M.