Trevor Lawrence was drafted in the first round by the Jacksonville Jaguars in the 2021 NFL Draft on Thursday night. 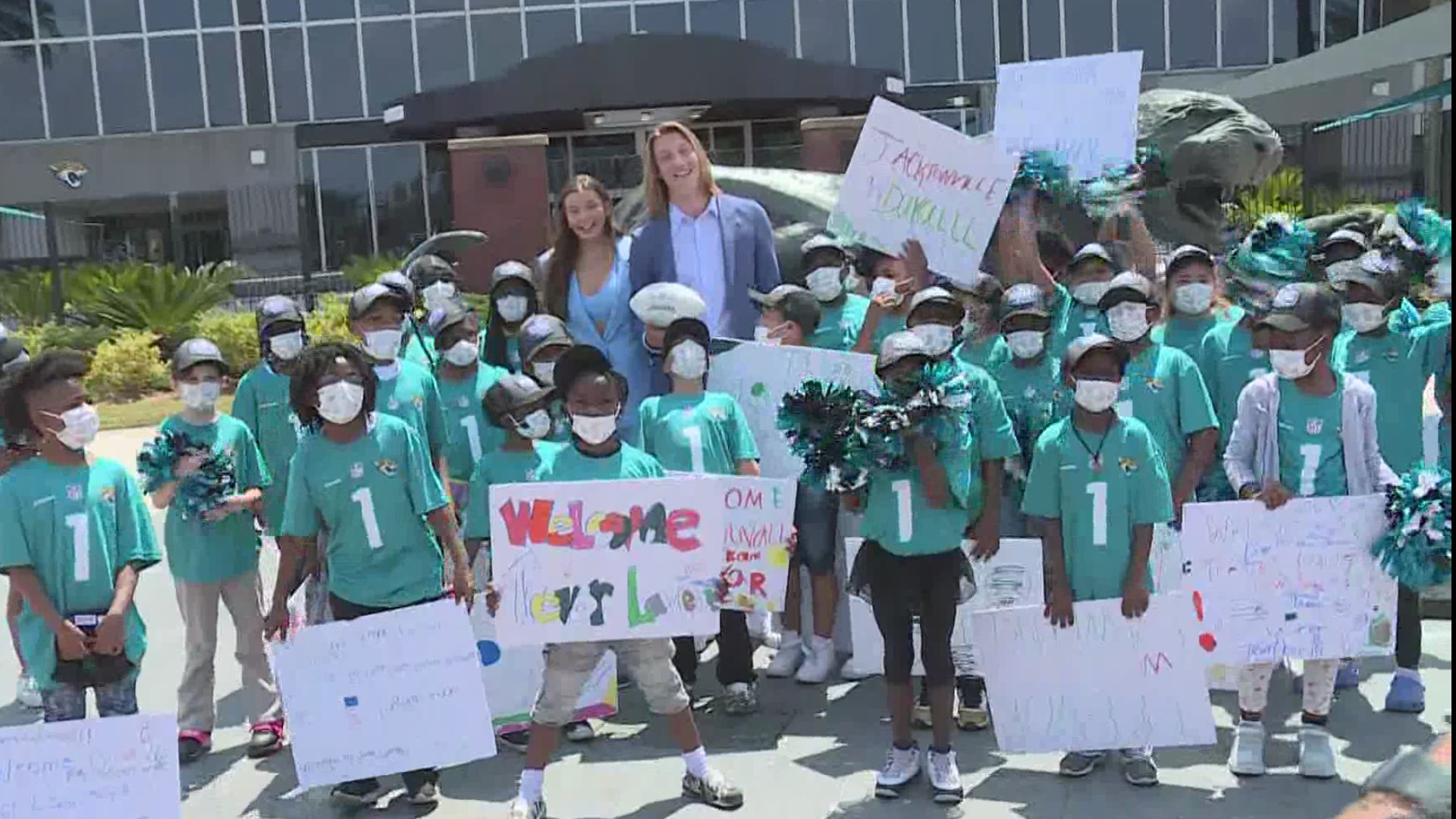 JACKSONVILLE, Fla. — Applause and cheers greeted Trevor and Marissa Lawrence as they arrived for the very first time at TIAA Bank Field on Friday.

Trevor Lawrence was drafted in the first round by the Jacksonville Jaguars in the 2021 NFL Draft on Thursday night.

Local elementary school students held signs as the pair made their way through the crowd of photographers and onlookers.

Trevor Lawrence stopped to ask what grade the kids were in and then, as to not steal the spotlight, he asked the kids if they had signs or knew of Travis Etienne.

Etienne was the team's second pick in the first round and played with Trevor Lawrence at Clemson.

Trevor is expected to host a news conference at 2:30 p.m. You can watch that live on WTLV.

Listen, it was five minutes with the kids. But wanna know what I loved about Trevor’s arrival?

He immediately asked the kids if they had signs / knew of Travis Etienne.

The official Jaguars Twitter posted a video of him hopping off a private jet shortly after noon on Friday.

"@Trevorlawrencee's first touch down in #DUUUVAL!.

Long regarded as the best quarterback prospect since Andrew Luck (2012), William Trevor Lawrence is headed to Duval County. It’s the first of 10 selections the Jaguars own in the 2021 NFL Draft, head coach Urban Meyer’s first at the helm of the team.

Lawrence is the first quarterback selected by the Jaguars in the first round since Blake Bortles in 2014.

Credit: AP
Clemson quarterback Trevor Lawrence holds up a jersey after being selected by the Jacksonville Jaguars with the first pick in the NFL football draft, Thursday, April 29, 2021, in Seneca, S.C. (Logan Bowles/NFL via AP)