The man was intervening after the player allegedly got into an argument with several women at a bar. 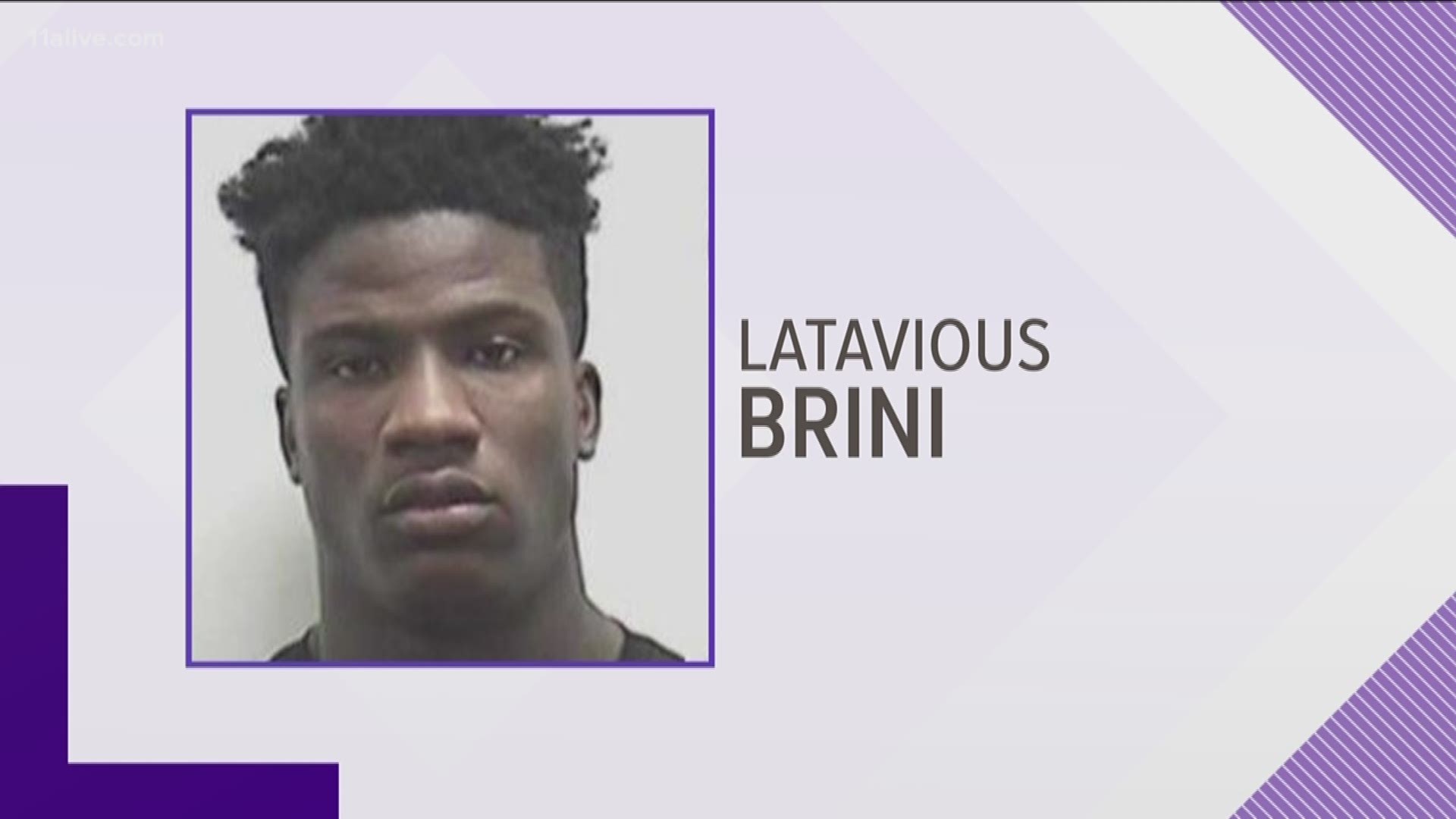 ATHENS, Ga. -- Georgia Bulldogs defensive back Latavious Brini is in trouble with the law again after being accused of slapping a man.

According to the Athens-Clarke Police Department report, Brini was arrested on a simple battery charge after an incident in the early morning hours of Feb. 23.

The police report states that Brini was at the Silver Dollar bar in Athens, Ga. and got into a heated discussion with a woman sitting in a booth with two of her friends. Brini and the woman exchanged expletives. The woman's boyfriend came back from the bathroom and her group began to leave the bar. They said that Brini followed them outside.

As they waited for an Uber ride the group said that Brini continued to loudly speak expletives in their direction, saying things like, "Imma [sic] [expletive] you up," according to the police report.

The women said that Brini took off his jacket and was advancing towards the group in an aggressive manner. At that point, the woman's boyfriend stepped in and told Brini "to chill out and leave the girls alone", the police report said.

Brini then allegedly slapped the boyfriend and left the scene.

The women told police that other men with Brini had tried to intervene, telling him "Hey man, you're on the team, be careful." Others referred to him as "Tay" and "Latavious".

The women found his name on the internet and called police.

Brini, 20, faces a misdemeanor simple battery charge. He was arrested and released after posting bond on Thursday, according to jail records.

It's not the first time Brini has been arrested. In December 2017, he was charged with first-degree forgery charges after he allegedly used a fake $100 bill and used another alias to purchase pet supplies. Those charges were later reportedly dismissed.

Brini, a redshirt sophomore on the Georgia Bulldogs football team, was a 3-star defensive back and the 77th ranked player coming out of Florida in the Class of 2017. He played in five games in 2018, and registered a tackle in a game against Austin Peay, according to the team's website.

Bulldogs head coach Kirby Smart released a statement Saturday saying, "“This type of behavior is extremely disappointing and not representative of the standards for our football student-athletes.  His discipline will be handled internally and hopefully good lessons will be learned that will lead to better choices moving forward.”