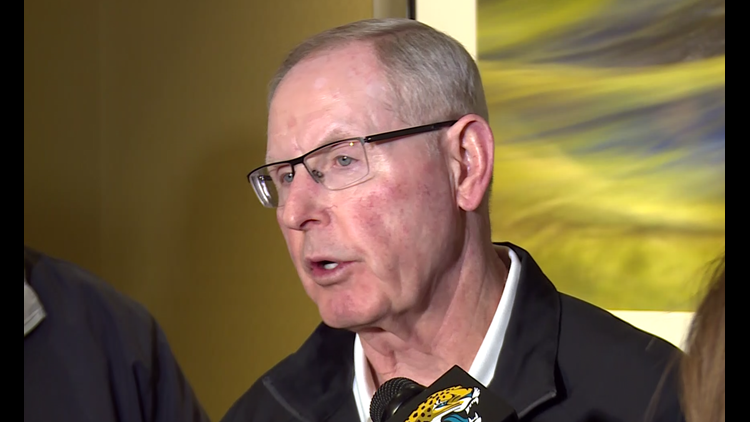 Like most of the franchise’s fan base, Leonard Fournette and T.J. Yeldon were ready for the season to be over throughout a 20-3 loss to Houston on Sunday.

Maybe a little too ready.

After two of the team’s running backs spent almost the entire afternoon appearing disengaged on the Jaguars’ bench, Tom Coughlin, the team’s executive vice president of football operations, issued a scathing rebuke of their actions.

“I am disappointed in the behavior today from T.J. Yeldon and Leonard Fournette,” Coughlin said in a statement released by the team. “They were disrespectful, selfish and their behavior was unbecoming of a professional football player.”

The optics were certainly bad. Fournette, who was inactive because of an ankle/foot injury, and Yeldon, who was active but did not play a snap, sat on the bench showing little interest in any on-field happenings. Just about the only time either got up from the bench was to go the locker room for halftime. Yeldon did, at least, get up once at the start of the fourth quarter.

For Fournette, a scolding from Coughlin ends what has been a terrible season. The team’s 2017 first-round pick played in just eight games and totaled 133 carries for 439 yards (3.3 average) and five touchdowns. Including Sunday, Fournette missed seven games due to injury and another after the NFL suspended him as punishment for fighting during a loss to Buffalo in November.

Yeldon, a second-round pick in 2015, is set to be a free agent, and his actions Sunday couldn’t have endeared him to the franchise. He finished with 104 carries for 414 yards and one touchdown in what seems likely to be his last with the Jaguars.

While not malicious, Fournette and Yeldon’s actions were another example of a team culture that needs improvement before next season. Coach Doug Marrone, who was told after the game that he will return as coach in 2019, admitted as much in his postgame news conference.