'The Factory': It's not for everybody 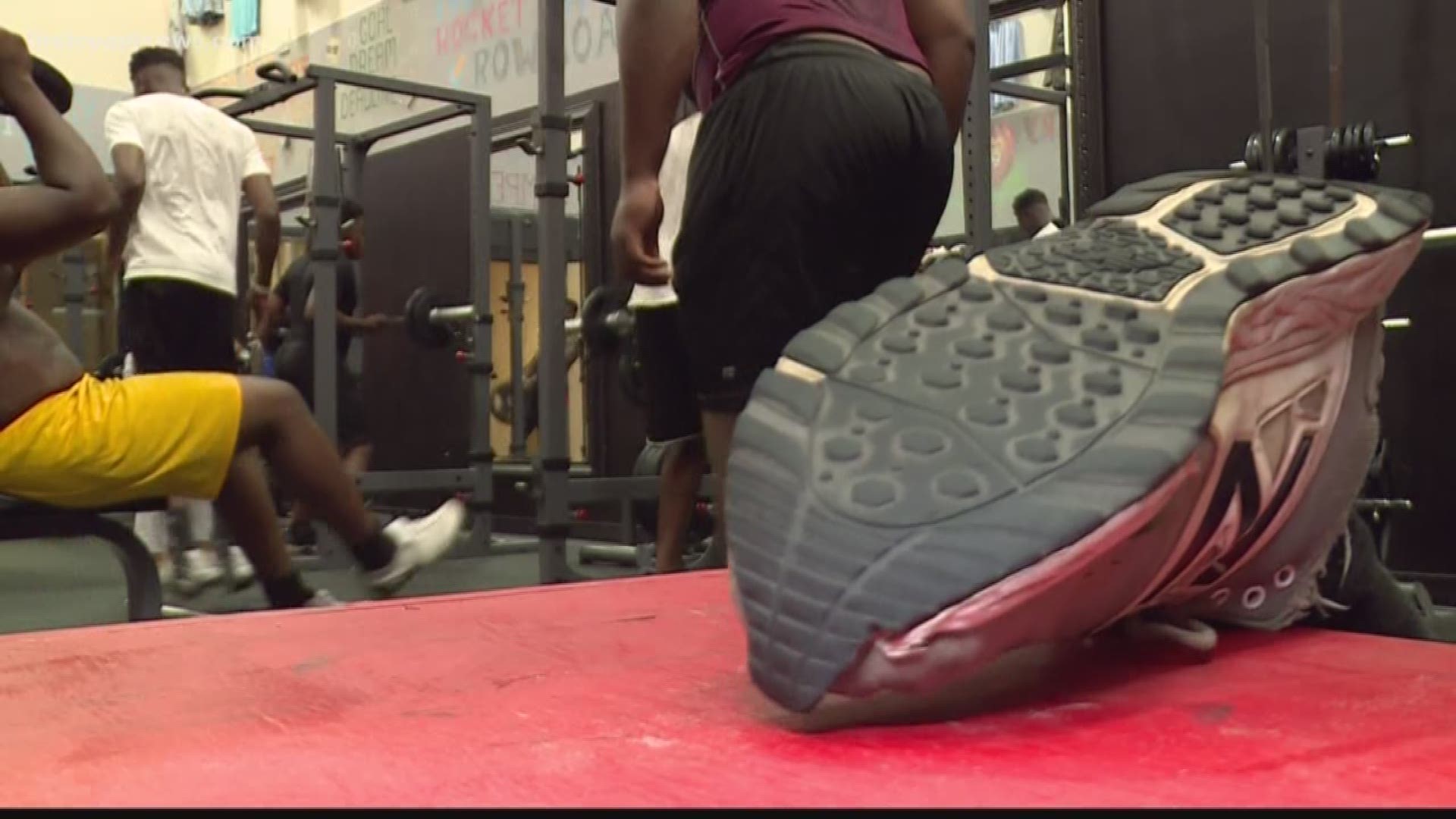 SAVANNAH, Ga. — Football gyms, speed and agility camps and QB camps -- they're all popping up all over the country.

But "The Factory" in Savannah, Ga. is one-of-a-kind.

"This is a destination. Not a location," explained head coach Sam Carter. "There is no sign out front. There is no... it's unassuming because it's not for everybody."

No kidding, when our crews walked into the building and inquired about the "football factory," the gentleman at the front door had no idea what we were talking about.

"Oh, the weightlifting boys? They're in the little back room off the gym!" he replied after some prompting.

But The Factory isn't just a bunch of dumbbells and machines. Carter and "motivator" Rob DeLoach -- the program's co-founder -- are committed to building the complete individual, not just athletes.

“Yes, you could be a five-star here," says DeLoach. "But when you go off to your respective college you’re just a kid who plays football. Or basketball. And that’s the attitude we wanna create in here. Everybody’s equal, and we’re gonna work hard and support each other."

It just so happens that almost everybody here is already committed to a major, Division I athletic program. The Factory counts Florida State, Georgia Tech, NC State, and West Virginia football commits among their ranks. That includes DeLoach's son, Kalen, a four-star linebacker bound for Tallahassee.

“These kids were going to college before the factory," the elder DeLoach said. "All we’re doing is enhancing the opportunities to be ready to play and mentally tough for the grind.”

“A lot of times these young athletes their parents want it more," Carter added. "I want kids [that say,] ‘this is what I want to do’”

And if they need additional motivation -- besides the athletes beside them -- the boys of The Factory can look to the walls above, one of the building's other unique traits.

Carter has adorned the small, makeshift room with the outfits of people who have inspired him -- ranging from former coaches to Jay Dean (Paula Dean's brother and Carter's client) to his own mother and grandmother.

"People put jerseys on the wall of people they've never met," Carter explained. "These people helped me... everybody wanna be a pro. All these young boys want to be pro's. I don't know if they're gonna be a professional athlete. The numbers say they don't. Who knows. For me, it's important that you be a pro in life."

Once again, this isn't just a "weightlifting room." And the number of athletes trying to join The Factory's ranks reflects that. Rob DeLoach reports that there is a waiting list to join the 60 athletes who work out here regularly -- especially the "trendsetters" that will head off to college campuses this fall.

Those current athletes vote whether or not new members can join. DeLoach and Carter have no say, other than identifying potential new members and presenting them to The Factory.

"It's a true democracy," smiled DeLoach.

Dozens of eager, potential athletes will surely become more as The Factory celebrates its one-year anniversary and its alumni begin to play on Saturday's.

"First of all, they have to find the facility.”