PGA Champions Tour set to come to Jacksonville for the first time, thanks to Furyk family 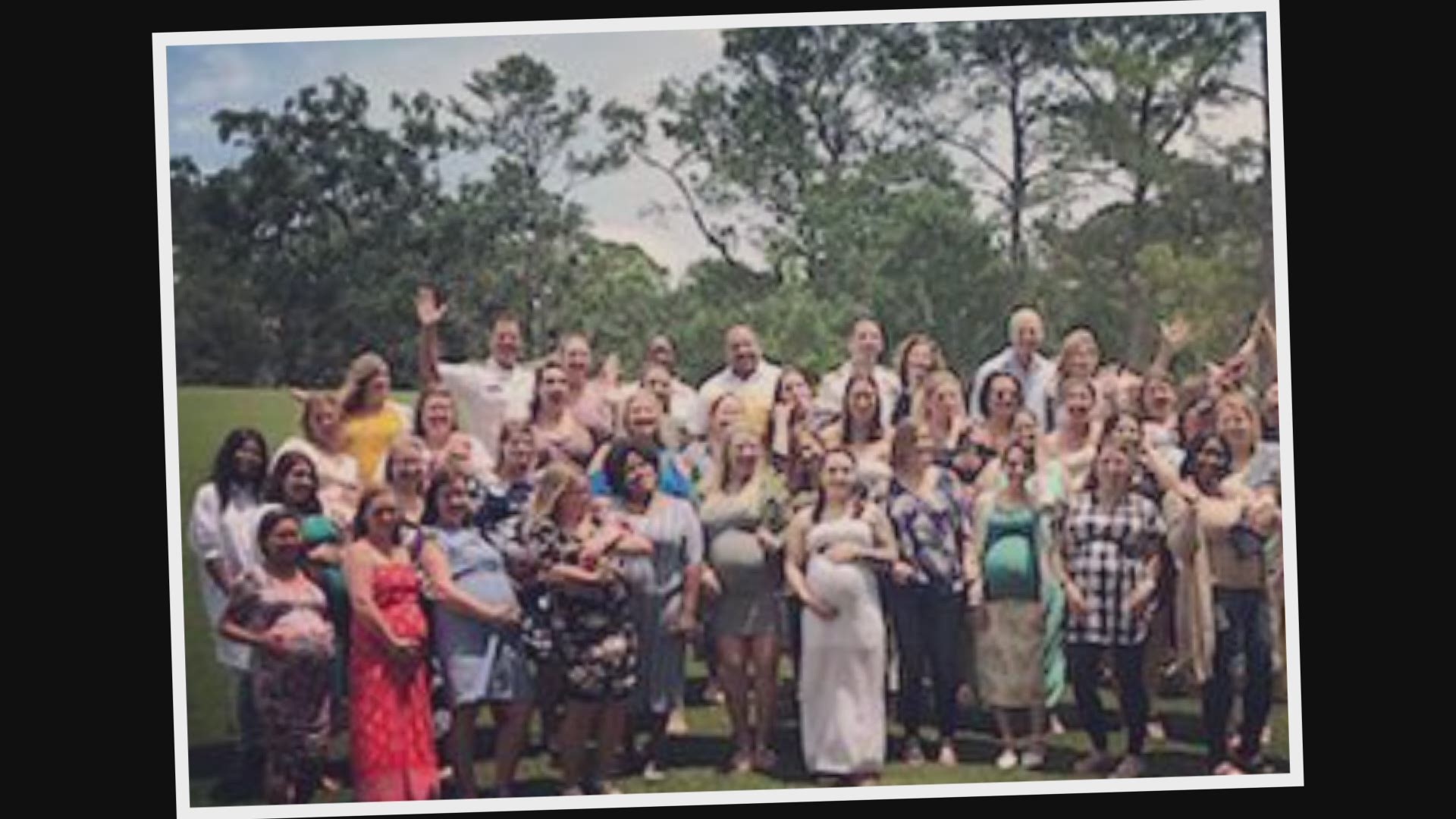 Tabitha Furyk openly admits that most first-year tournaments on the PGA Tour and PGA Champions Tour barely break even.

And yet, in spite of that -- and despite a global pandemic taking hold just days after their tournament's launch -- the Jim and Tabitha Furyk Foundation remain steadfast in reaching their goal of one million dollars to Jacksonville charities through the Constellation Furyk & Friends tournament this October.

"I know this is a lofty goal. But I do feel comfortable we can reach it," Tabitha Furyk explained in a recent sit-down interview at the MaliVai Washington Foundation, one of the charities that has already benefitted from a Constellation Furyk & Friends grant.

"I think we're going to reach that goal of a million dollars," she says. "I'm not giving up until we do."

For the past ten years, the Furyk's have hosted their own "Furyk & Friends" charity event in Ponte Vedra Beach. In its final year, that fundraiser raised close to $650,000. Now with the backing of Constellation and presenting sponsor Circle K -- not to mention the support of dozens of City of Jacksonville entities -- Tabitha is confident they'll hit that million dollar mark.

But if you had asked her a few months ago...

"We made the [tournament] announcement [in March 2020], and literally two days later, the COVID-19 pandemic happened," she explained. "It's hard to announce you're going to do this huge, multi-million dollar PGA Tour event, host it, run the whole thing by yourself, and then shut everything down."

As much as the Furyk's tournament wouldn't occur until October 2021, there were tons of unknowns. Other PGA Tour events could operate on name-brand alone, without patrons and ticket sales. The Genesis Invitational has Tiger Woods. Jack Nicklaus has been running "The Memorial," which raises millions of dollars for children's charities in the Ohio area, for decades. Tabitha would know: she used to work for the event in her native Ohio.

"Jack has been running his tournament longer than I've known Jim. Which is quite some time," she laughed.

Beyond the monetary necessities, the Furyk's envisioned the Constellation Furyk & Friends tournament being a party, filled with giant TVs for football viewing during rounds, a wine grotto, a beer garden -- just to name a few.

Even in the face of such uncertainty, Jacksonville continued to support the Furyk's. Pro-Am's were largely sold out by September 2020 -- months before the COVID-19 vaccine was readily available. In addition to the country and the state of Florida re-opening, the PGA Champions Tour has surpassed the 85-percent vaccination threshold. The event was also given the greenlight to host its kick-off concert at Daily's Place on October 5, featuring long-time Furyk friend Darius Rucker and Scotty McCreery. 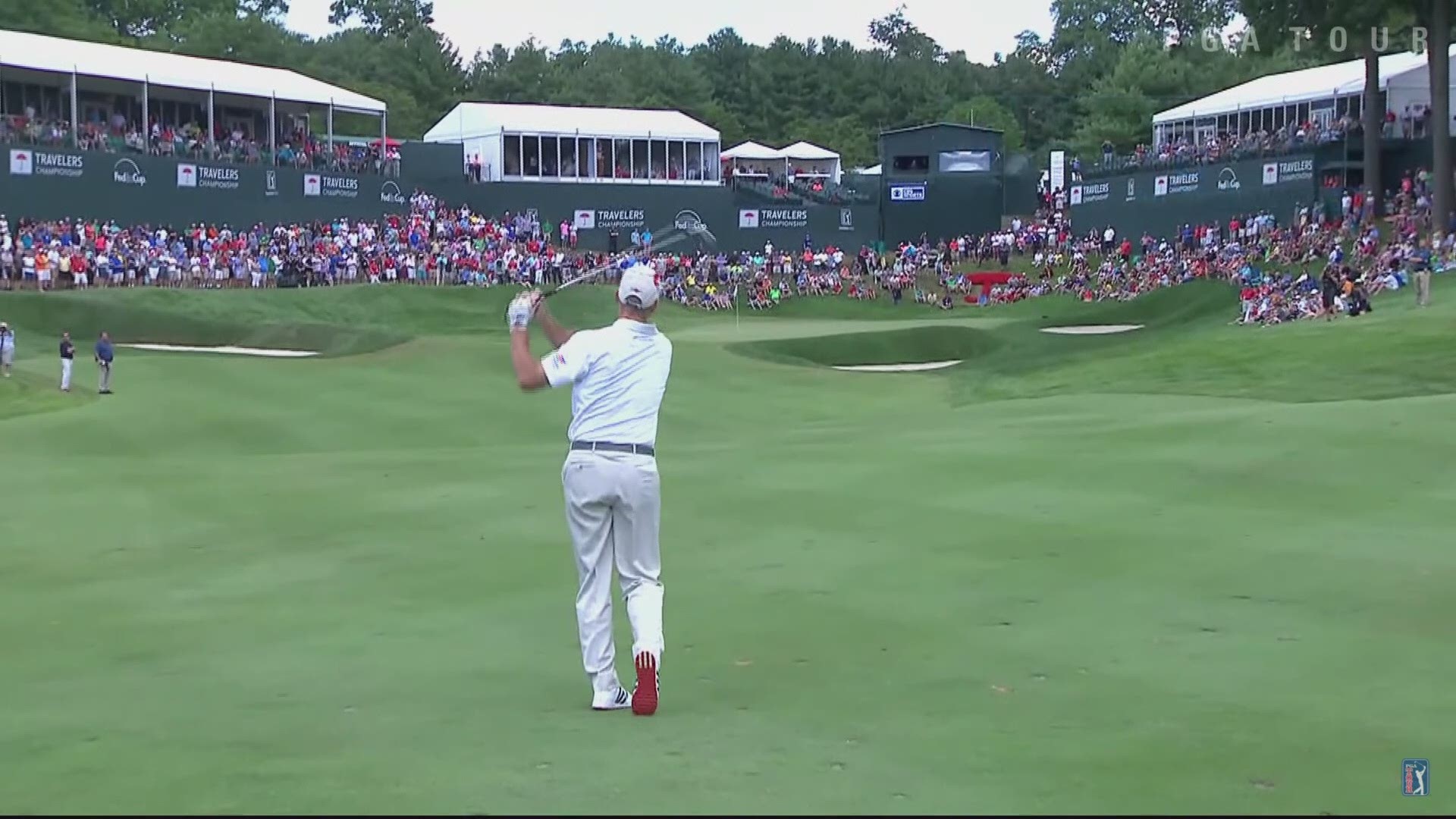 "And at the end of the day: one person coming to the tournament and paying 25 dollars for a ticket? That money is going to go back to the Jacksonville community to support charity," Tabitha said.

All systems are a go for the tournament, which runs October 8-10, 2021, at Timuquana Country Club. 71 spots of the 81-player field are already filled with legendary, Hall of Fame names. It marks the first time a PGA Champions Tour (formerly the Senior Tour) event has been held in Duval County, and the first time any PGA Tour event has come through Jacksonville in years. While Ponte Vedra Beach and St. John's County have The PLAYERS Championship, Tabitha and Jim wanted to do more for their adopted city of more than 25 years.

"We're doing this event to bring attention to the city of Jacksonville. To really put our stamp on something that's owned by Jacksonville. Constellation Furyk & Friends is held on the St. John's River; it's held at Timuquana. All the events we're doing around it are all centralized in the Jacksonville area. We really want there to be a centralized focus."

And that's why, in turn, that million dollars is going to go towards local charities. Constellation has already made a direct donation of $500,000 through the Jim and Tabitha Furyk Foundation to the following charities: the MaliVai Washington Youth Foundation, First Tee – North Florida, Blessings in a Backpack, Habitat for Humanity and St. Johns River Keeper.

Tabitha is excited to help Constellation, based in Baltimore, connect with charities in Jacksonville that share their passion for STEM careers and advancement. But it is that first charity listed -- and the Furyk's friendship with tennis great Mal Washington -- that has them in this position in the first place.

"[When we first moved here,] we had already participated in charity fundraisers a little bit with the PGA Tour Wives Association," Tabitha recalled. Washington's Foundation began in 1996 with simple tennis clinics. It has grown to a comprehensive, K-12 after-school and summer youth development program.

"To be in our 20's and have Mal start thinking about giving back and that there are parts of Jacksonville that aren't the best parts and how can we make a difference? That really got us inspired."

The Furyk's have been a consistent presence at the Foundation's functions for decades, including the opening of their state-of-the-art facility last year. This latest grant through Constellation will go towards helping further the Foundation's budding robotics team, specifically costs for the team to travel to tournaments.

Additional charities and partnerships are in the works. Tabitha and her team are already working with Baptist Medical Center and Wolfson Children's Hospital for programming and additional, charitable partnerships, too.

"Jacksonville has really been behind us. Never once did they stutter step. It's been full press ahead."

For more information on the Constellation Furyk & Friends tournament and how to purchase tickets, visit their website.