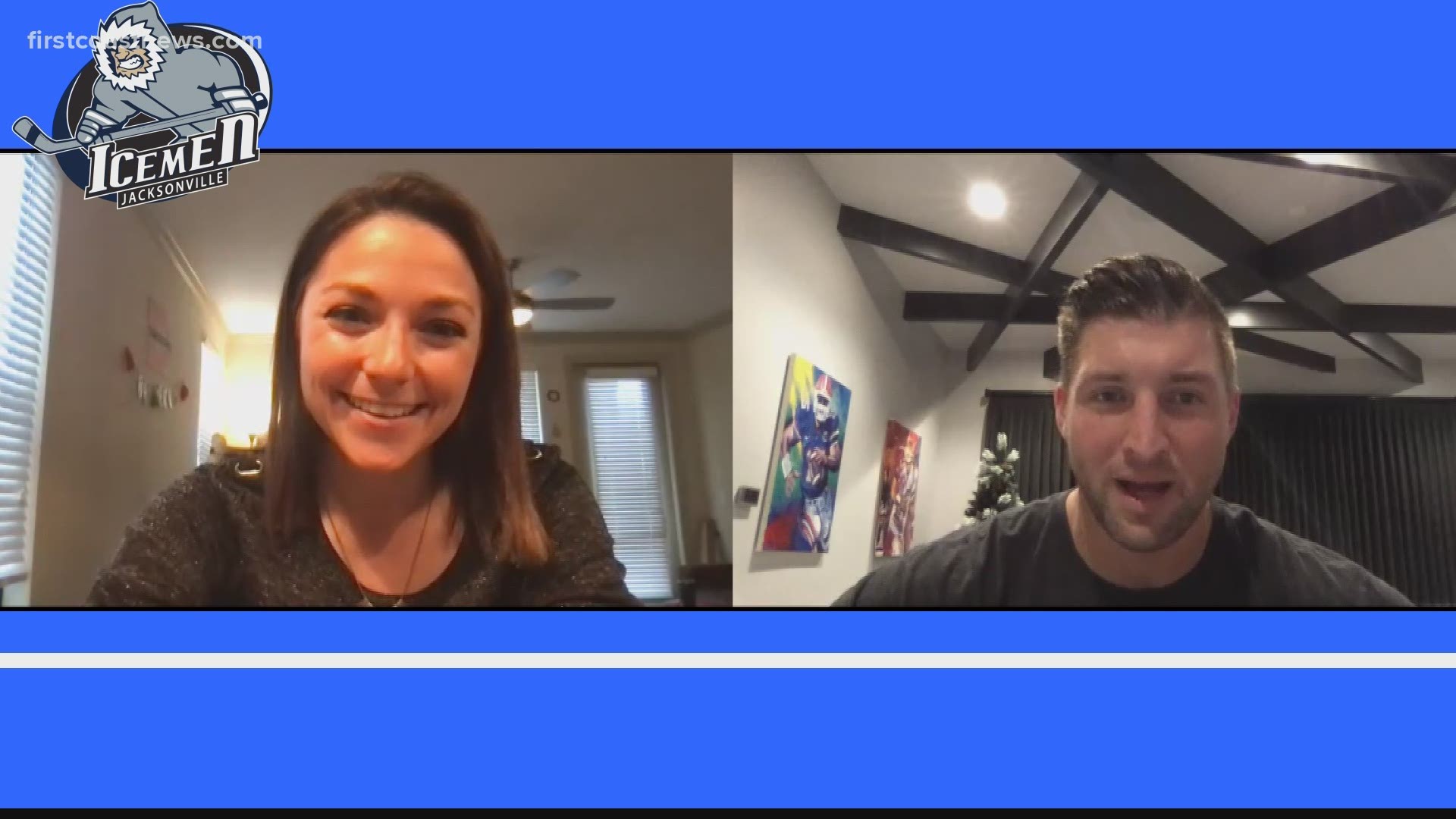 Tim Tebow is quick to admit: for as much as well-versed as he is in football and baseball, he doesn't know much about hockey.

"The movie 'Miracle.' 'The Mighty Ducks!'" Tebow laughed Tuesday when asked about his knowledge of the sport.

But there's two things Tebow says he does know. One: when to partner with good people on a project for the greater good. And two: that he loves his hometown of Jacksonville.

It's the culmination of those two that led Tebow to become a part-owner of the Jacksonville Icemen last month.

Because of his commitments as a college football analyst on the SEC Network and an outfielder within the New York Mets organization, Tebow hasn't gotten the chance to attend an Icemen game as an owner. He'll get that chance on Friday, January 15, when the Icemen host the Solar Bears on "Faith and Family Night." Tebow will be part of a special, post-game presentation. Tickets are still available, as well as special ticket packages for meet-and-greets with the Florida football great himself.

While he says he won't be lacing it up Friday night, Tebow is excited to address the Icemen faithful.

"I think it'll be really special. Just loving this city so much and the people that make it special," Tebow said. "I think that'll be really important and special for me."