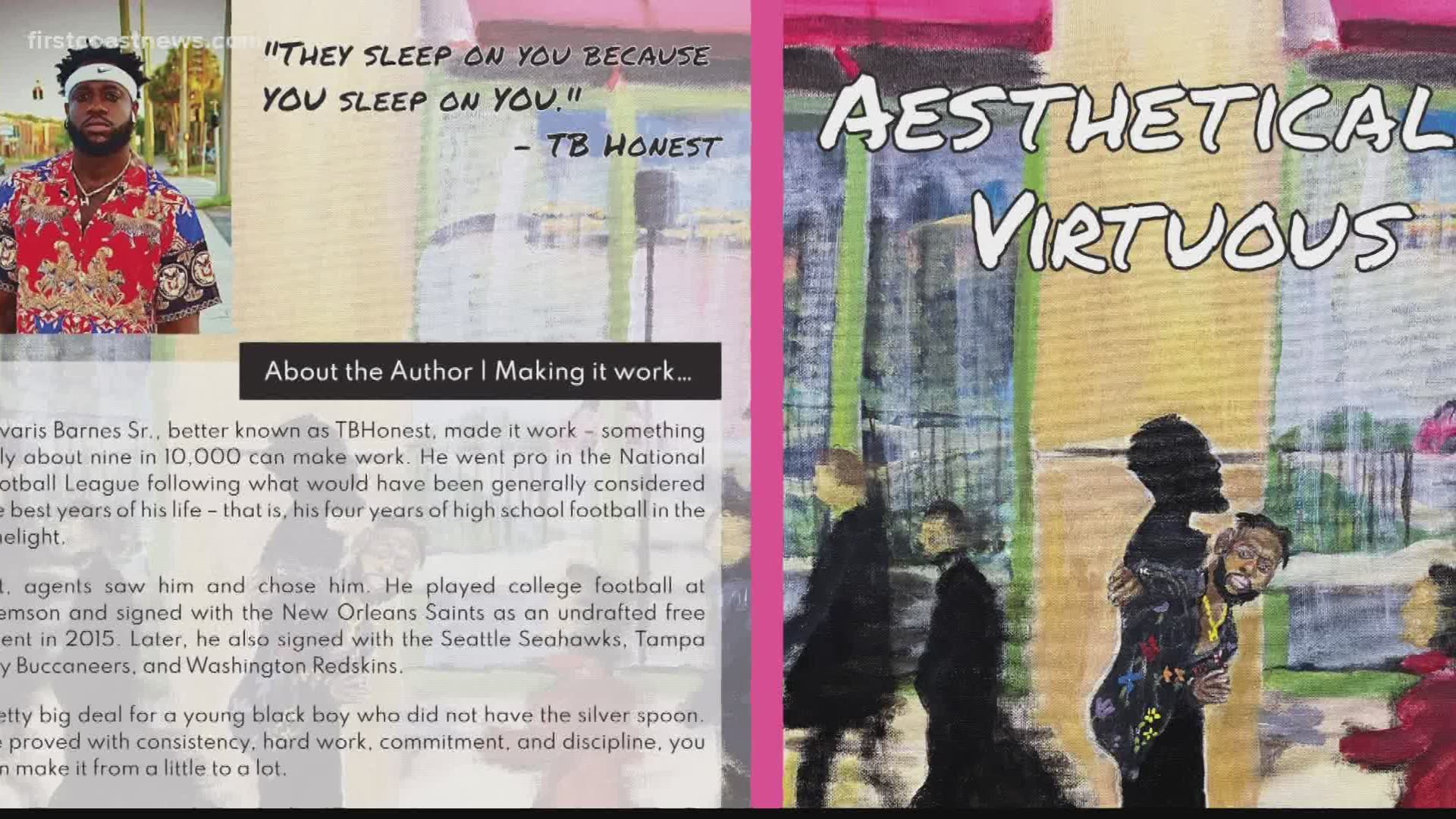 Around the same time he first became enamored with the game of football, Jacksonville native Tavaris Barnes found another passion: writing.

"I used to do poetry in elementary school. I stopped in junior high, high school because I didn't want the dudes to call me lame and all that. That wasn't the thing to do back then," the First Coast High graduate laughed.

"Once this year started, I was just like, 'I'm stepping out of comfort zone. I don't care what anyone says -- I'm just going to do me."

It's proved to be a trying year for Barnes: the XFL's suspension due to the coronavirus was soon followed by a fire at his grandmother's house. This is the longest he's lived back at home in Jacksonville.

But, prior to the pandemic, 2020 brought Barnes back to that passion for writing.

"In February, I was in D.C. playing for the DC Defenders of the XFL. There was a place called 'Bus Boys and Poets' in Maryland," Barnes explained. It was there he performed his poetry for the first time.

"People were digging what I was saying. It was so invigorating hearing the 'ah's!' and 'oohs!' -- like making a big play on the field. I enjoyed that, so I wrote another poem, and it was called 'Awakening the God That's in You.' That next weekend, I performed and it was the same thing all over again.

Barnes had already been writing: he's been working on a novel since 2017 surrounding the stigma of mental health. But this new-found love of poetry expedited Barnes' road to becoming a published author. With the help of a cousin who is also a published poet, Barnes was able to self-publish on Amazon. His debut collection of poems, "Aesthetically Virtous," is now available.

Barnes is hosting a release party for the book on Saturday, September 26. The event will feature performances and is open to the public.

For Barnes, not only has writing helped him work through the trials and tribulations of 2020: it's helped him gain a new perspective of himself.

"I've always said I'm more than an athlete. I said it way before I heard LeBron James saying it," Barnes reflected. "[But] my whole life, my identity has been football. That's not how I want to be identified anymore."

Through "Aesthetically Virtuous," Barnes addresses a wide range of topics from mental health to family struggles to empowering Black men and women.

It's Barnes belief that, through words, we can help each other overcome those challenges -- together.

Barnes' release party is Saturday, September 26 at 4 p.m. at 2422 N Myrtle Avenue, Jacksonville. All are welcome. Dress code is semi-formal and tickets are $10 at the door.

Aesthetically Virtuous can be purchased on Amazon here.