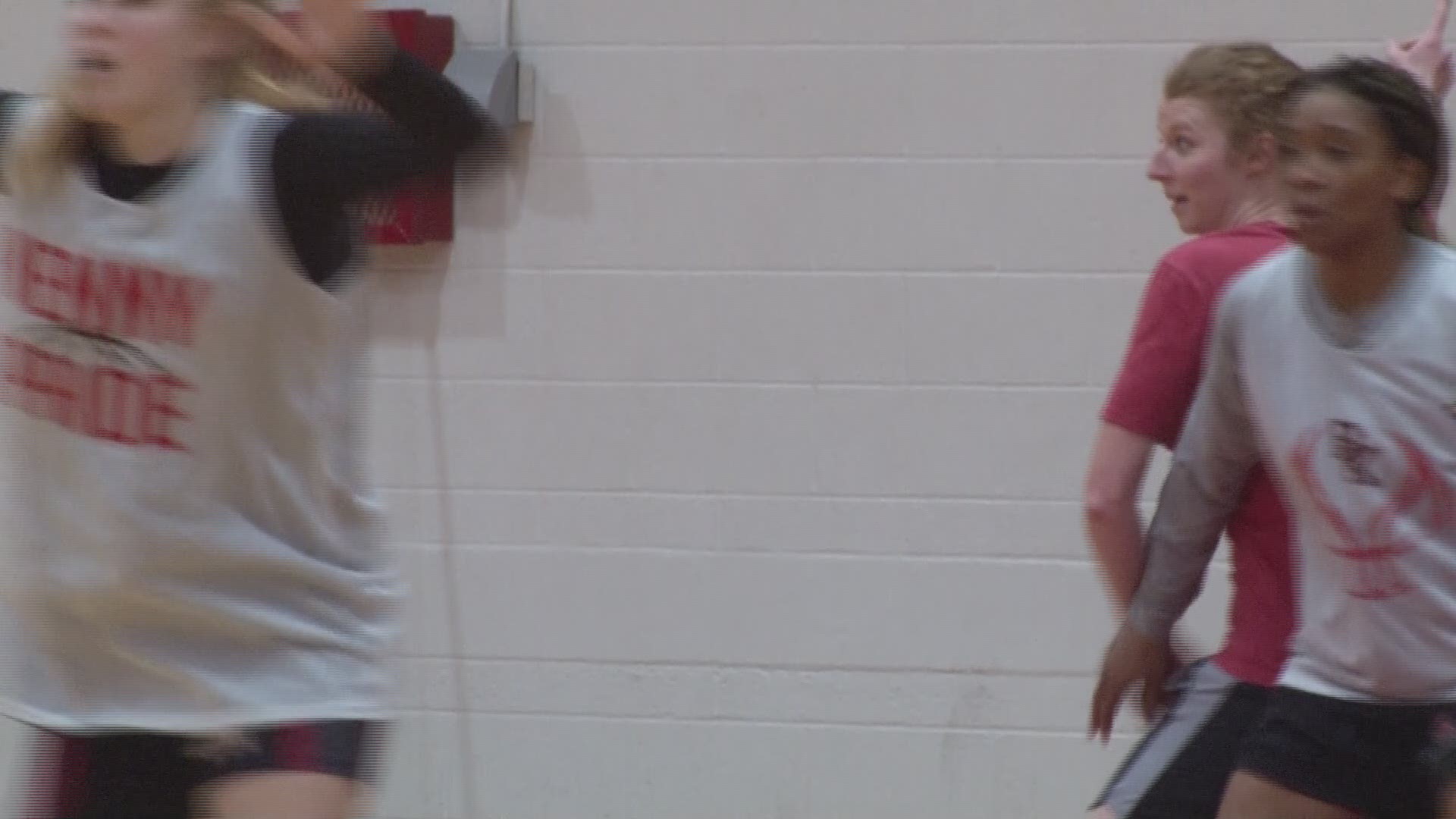 After a runner-up finish at the State Championship in 2019, expectations were high for the Bishop Kenny girls' basketball team as preparations for the 2020 season got underway.

“All we heard was 'returning all five, returning all five starters,'" head basketball coach Chelsea Clark explained. "Then we go to do summer workouts and they tear the same knee. Two days apart.”

Then her twin sister, Rose, at a camp at the University of North Florida.

“I was like ‘okay I can watch through Rose.’ I’m gonna be happy for her just like I am for the whole team, but it's my twin sister. We're that close," Rachel recalled. "Then, when it happened to her, I was like, ‘what am I gonna do?’ I can’t play – she can’t play.”

While their tears were identical, the circumstances surrounding them were not.

"When I went to the doctor I had no pain," Rose explained. "I mean, she could barely walk and I was jumping. I felt good. And so, it was a big surprise.”

It was even a surprise to the staff at the Mayo Clinic, where the Dolmovich twins received treatment.

“To see the time frame that the girls got hurt, in the same sport, no. That’s pretty rare,” Ryan McCoy, the twins' sports medicine therapist, explained. "I've seen it in family members. And it always brings up the question of genetic disposition." 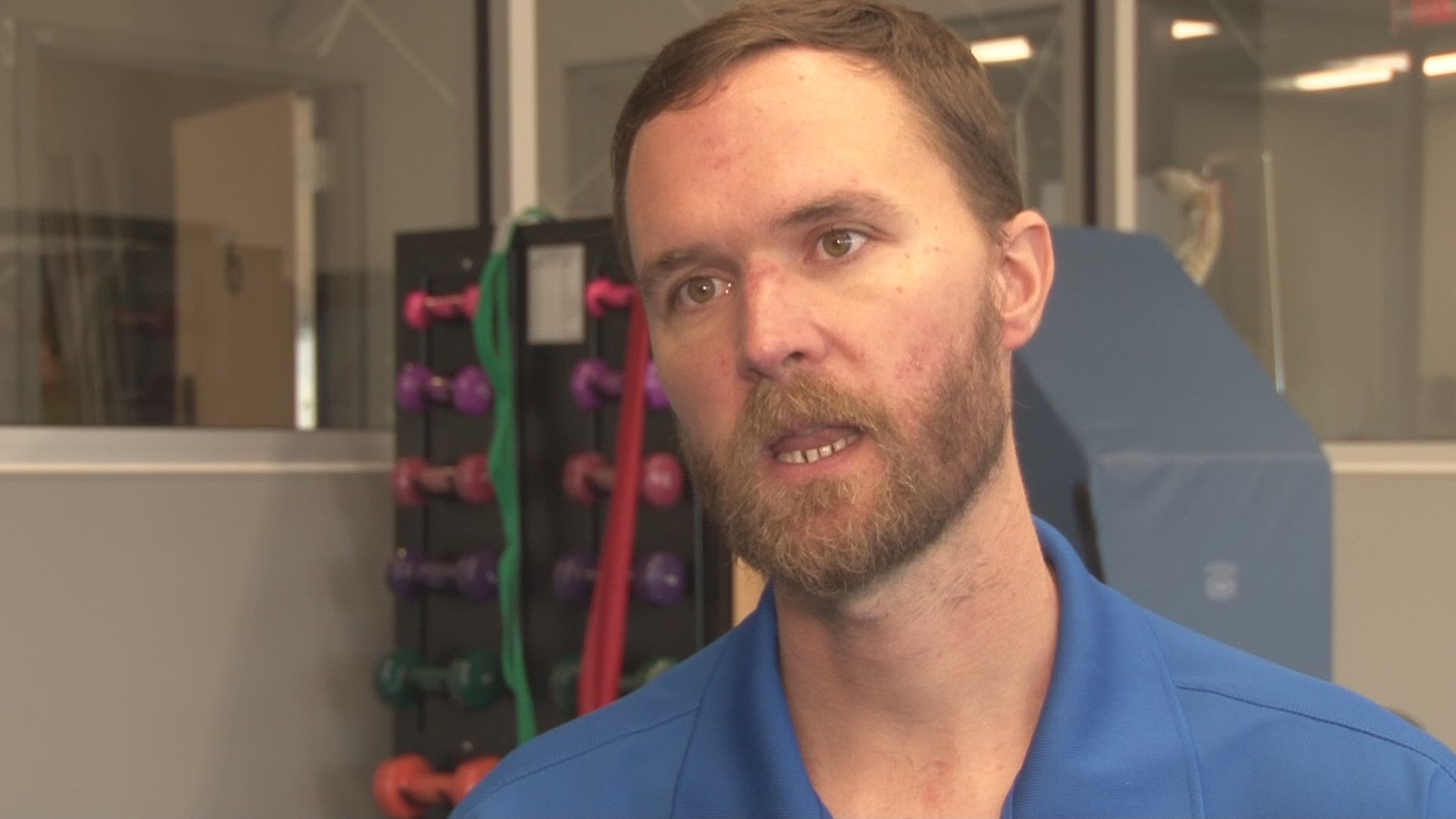 McCoy and the Mayo Clinic staff had never seen a case of twins before, and so a case study was conducted around the Dolmovich twins.

What there is evidence of -- and, as McCoy noted, has been written about more frequently of late -- is ACL tears occurring more often in teenage girls.  While ACL tear rates have risen in the 21st century for all those under the age of 18, there has been a 59 percent increase in the number of ACL tears among girls 13 to 17.

"It could've been happening well before. With technological advances, MRIs -- I think we're seeing a lot more diagnoses," McCoy said. "Whereas before, people may have had a partial tear and didn't notice... probably more awareness is shining a light that it's happening more consistently." 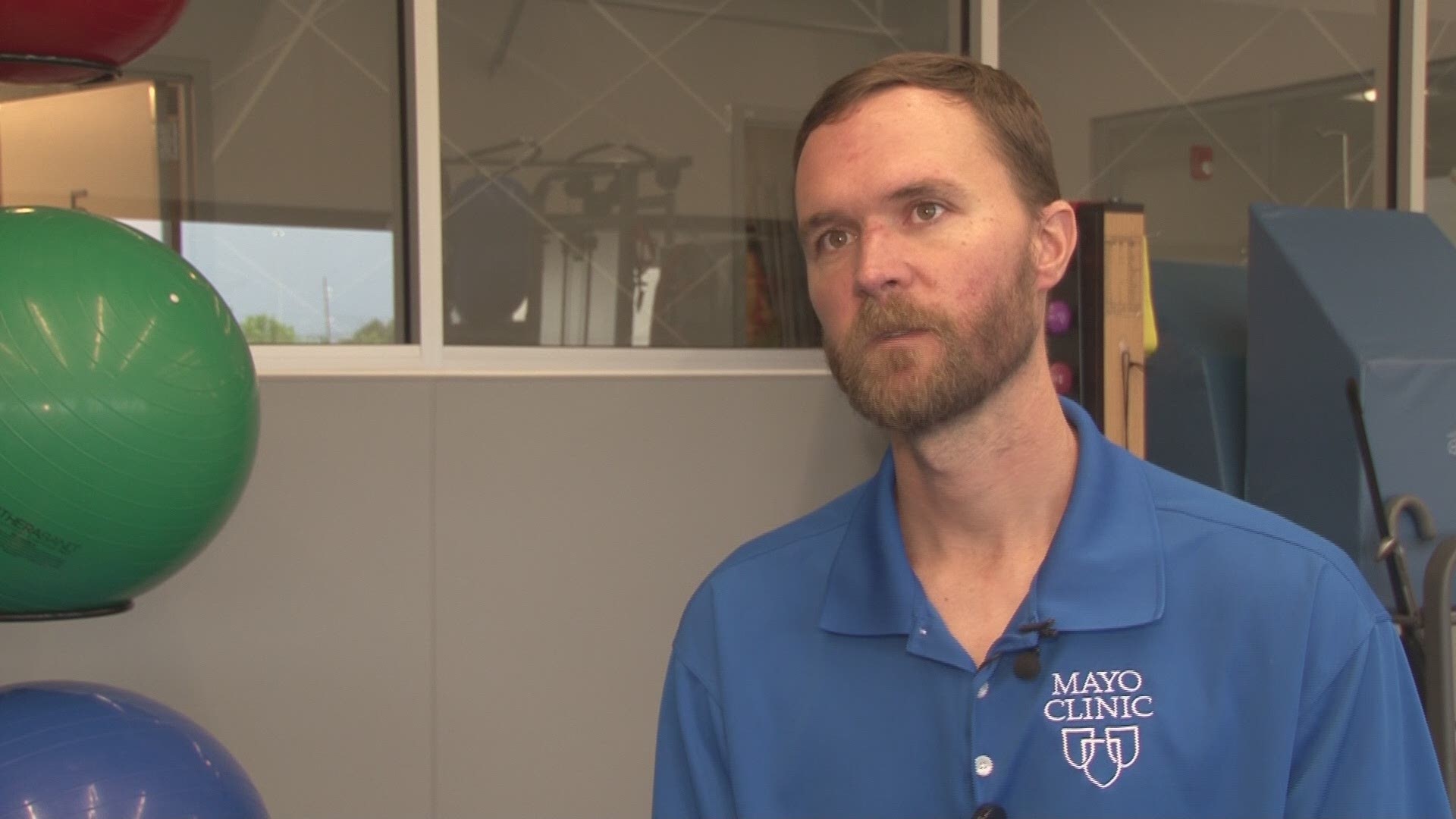 A silver lining has been more awareness and more preventative programs -- including within the Bishop Kenny girls' basketball program, with McCoy's assistance.

Some of McCoy's recommendations:

"Specifically for female athletes -- regardless of sport -- I think you really need to hammer out hip strengthening. Body awareness training. Making sure the knees aren't diving in with a lot of weight bearing.  A lot of band work with functional weight bearing with other activities that replicate sports play."

"I did a lot of research over those next three weeks in June," Clark recalled. "I hired a personal trainer that I worked with and had him design a training program for us in June. Everything from pre-workout to post-workout. From how we should warm-up, what we should be stretching -- what we should be doing daily, so that I can feel more confident in preventing these types of injuries."

"I think we've shined a light on it through the research we've done involving the girls," McCoy added. “I think a lot of times [the Mayo Clinic is] at the forefront of things, which is exciting. But I also do think this is hopefully gonna open up a door [to further research]."

McCoy and the Mayo Clinic staff's care also opened the door for a mid-season return to the court for Rose and Rachel.

“Our goal was to play on our Senior Night and obviously we got to play before that. So that was exciting," Rachel said.

"There's always risk if you're coming back early. And the girls knew the risk of coming back in six months. But the goal was Senior Night. We set our goals to tailor towards [their goals], while still educating them about the risks," McCoy said. "They both cleared all the milestones to where we said 'hey, you're okay to do so.'"

But then, a twist.

On Senior Night, no less.

"[Rachel's] running back on defense and she goes to close out and falls to the ground," Clark said. "The gym was super silent. And walking onto the court kneeling down next to her, and she goes ‘coach I did it again.’”

MRIs the next day revealed that Rachel had indeed re-torn her ACL in her left knee. She is expected to make a full recovery following surgery in March after the Crusaders' playoff run comes to a close. McCoy and the Mayo Clinic staff also believe she will still be able to play at Ogelthorpe University, where she and Rose committed to earlier this year.

After all that hard work, Rachel would still be on the sidelines for her final postseason.

"I've done it before. I know that sounds weird," an upbeat Rachel explained. "I wish I could change how I did it last time. Because I did get back but there were times when I was really down. And there's nothing I can do about it.... I just need to get on with my life. I can't cry about it."

Rachel has found peace in knowing she achieved her goal and then some: she returned to the court, played and was honored on Senior Night.

She also has found peace in reminding herself of her initial thought the first time she tore her ACL: she gets to live this one, final run through the eyes of her twin sister.

“I’m happy for her. She gets to succeed and do all this and I’ll still get to watch her.”

How does that make her sister feel?

“It makes me wanna work my butt off and make every single shot," Rose said, confidence building in her eyes.

"Every play every sprint down the court I just have to remember she can’t. And I have to.”