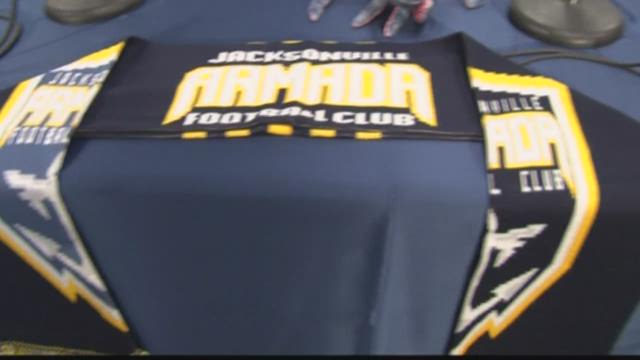 Palmer, whose companies include RP Funding (a mortgage servicer) and HomeValue.com, takes the reins of the team after a tough year off the field where previous owner Mark Frisch decided to turn ownership of the team over to the league.

“He has tremendous entrepreneurial savvy as a businessman and a strong belief in the growth potential of both the sport of soccer and the City of Jacksonville. Under Robert’s guidance and leadership, Armada FC fans and the soccer community in Jacksonville will have exciting times ahead.” said NASL Interim Commissioner Rishi Sehgal

“While sports ownership has been a dream of mine since I was young, the business opportunity with Armada FC and the NASL was simply too good to pass up,” said Palmer. “I care deeply about the Jacksonville market and have both personal and professional interests in the area. My team at Robert Palmer Companies and I look forward to bringing our proven marketing and business strategies to this outstanding organization.”

Palmer said the team will continue to play their home games at Hodges Stadium at the University of North Florida through at least the 2018 season. Palmer also committed to a long-term plan to build new offices for the Armada and his other Jacksonville businesses, along with a new practice and training facility for the team.

The Armada finished the NASL's spring season tied for third place in the eight team league. They resume play for the fall season on July 30 against San Francisco at 6 p.m. at Hodges.