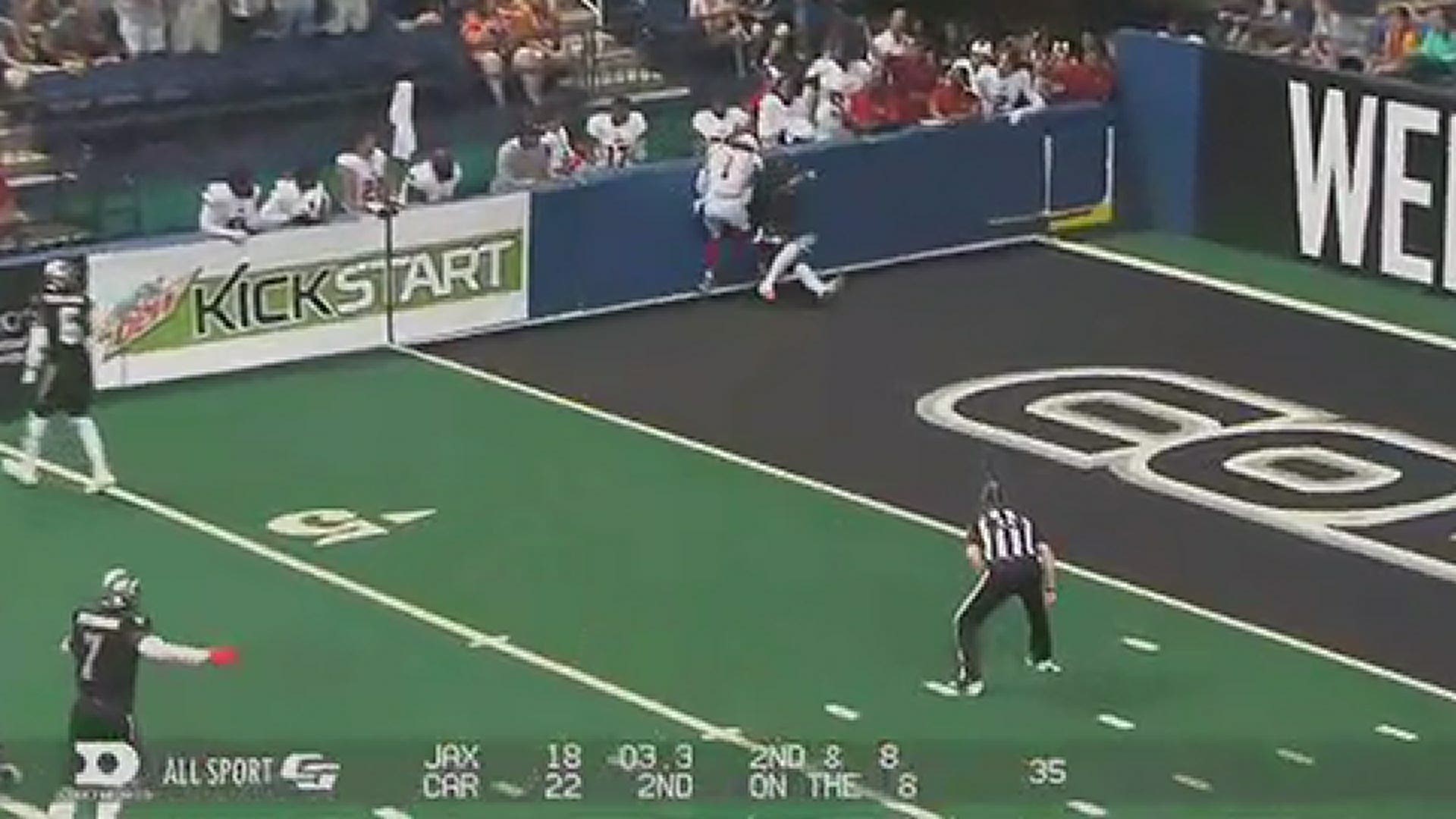 Devin Wilson was primed for another big year in the National Arena League. After leading the top-ranked Jacksonville Sharks offense in nearly every statistical category (ranking either second or third overall in the league in those same stats), the veteran wide receiver was more than ready for the season to begin in March. Even an initial delay due to the coronavirus pandemic didn't sway the 29-year old Tennessee State graduate.

"They finally notified us to tell us it wasn't going to happen. It was kinda heartbreaking to have to wait all the way until June to let us know, but it's part of it," Wilson said. "I think the National Arena League has the right people in place to make these decisions."

Wilson had remained in Jacksonville -- "a home away from home," the Nashville native described -- working out with local professional and collegiate players.

"Devin was the first name he brought up [in our meeting]," offensive coordinator Donald Rucker said.

"[The interview] was pretty nerve wracking. It was my first professional 'coaching' interview," Wilson chuckled. "“I’m used to being on the other side: being a player, talking to coaches about what I wanna run. Not the other side of it. So it was a little nerve wracking at the beginning. But I guess they like me and I here I am!”

They more than like him: first-year head coach Chris Foy called Wilson's arrival "a God send," noting that it affirmed he and his staff's decision to take over the Andrew Jackson program back in January.

Duval County public schools are currently in "Phase Two" of summer workouts, following pandemic protocols. This means the team is allowed on the field to walk through plays with no contact, but is still limited in how much they can even touch a football.

"It's a little different... you gotta stay spaced apart. You gotta clean everything -- which is good because it is teaching them proper sanitary needs and stuff like that," Wilson explained. "You gotta be really creative, and Coach Foy is a mastermind and a genius at this... it's teaching me a lot to carry onto the field as well."

But it feels like football. That's what matters most to Wilson -- and the Tigers.

"Just to hear the weights and smell the grass and to come out here – you know, for me playing arena football, I haven’t really been able to get this in a while!" Wilson laughed. "Through all the levels of football, high school is the purest form."

Rucker noted that, if Wilson was to retire right now, he could soon become one of the best receivers coaches in the county. Wilson smiled at the thought of hanging it up; he plans to be back with the Sharks whenever they get back on the field.

“After the season I had last year with the Sharks, I’m 29 years old and I honestly feel like I’m the best receiver in all of Duval County – on any professional team.”

Where he "lines up" on the field may have changed, but Wilson's commitment and drive to be the best remains the same.

“He was probably looking forward to having another big year with the Sharks. But he hasn’t let that deter him at all," Rucker added. "He’s here every day on time, and he’s ready to work and pour all the knowledge he has into the kids.”

"I know he's not a football player, but Lebron James is one of my favorite athletes of all time. And he says, when you give everything to the game, dedicate yourself to the game, it will reward you back. That’s what I’m trying to instill in our kids.”