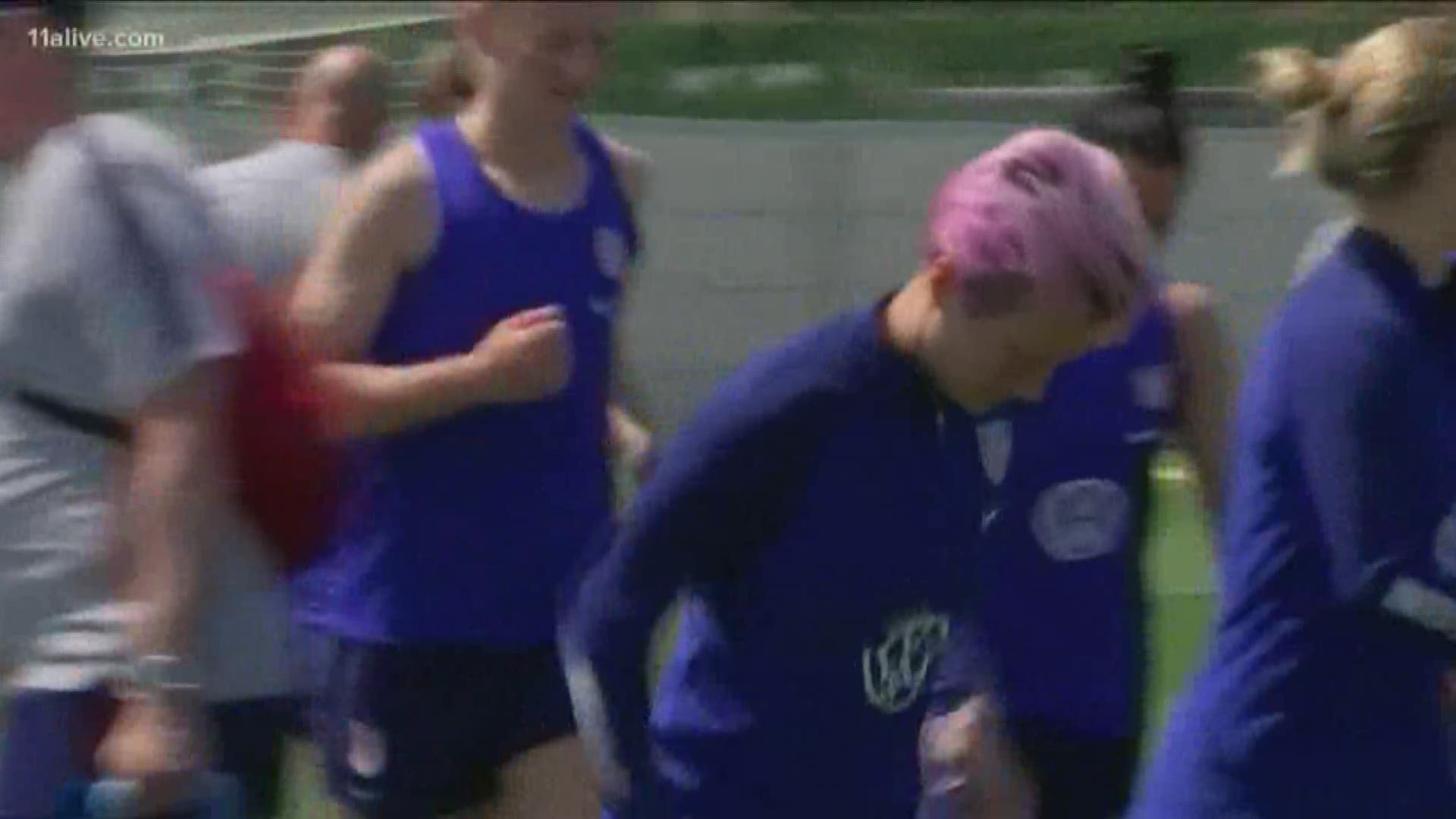 ATLANTA — Atlanta United manager Frank de Boer waded into one of the most contentious topics in sports, and in American society generally, when he called the idea of paying men’s and women’s soccer players “ridiculous.”

He made the comments to The Guardian, in an interview published on Tuesday.

The debate is often confused – soccer players earn their pay from a number of different sources, and the U.S. Women’s National Team, in a lawsuit, and their advocates have largely targeted their criticism at the U.S. Soccer Federation over the equal pay issue.

De Boer’s comments referenced the World Cup, which is operated by FIFA.

Nevertheless, they reopened clear divides on the subject, as reflected in the wide range of responses to his comments.

Some were angry – “he’s a sexist pig!” – and some were in agreement – “makes sense, totally agree.”

Many came from women frustrated at De Boer’s disregard.

“This is the exact mentality women face every single day,” one Twitter user, Jen O'Donnell, wrote to 11Alive. “What makes men so great?”

The counter to these sentiments were, in many instances, appeals to economics.

“He’s looking at it from a business standpoint and not an ‘equal rights’ standpoint,” Daniel White wrote on Facebook.

The business element can be difficult to parse. Members of the U.S. women’s and men’s teams both draw salaries from the U.S. Soccer Federation – Carlos Cordeiro, the president of the federation, has claimed the women in fact have gotten paid more.

A spokeswoman for the players in the lawsuit, Molly Levinson, has argued that pay figures released by the federation are deliberately misleading. She said that “for every game a man plays on the MNT, he makes a higher base salary payment than a woman on the WNT.”

RELATED: US Soccer says women's team has made more than the men

One Twitter user, Sarah Ingman, wrote it’s the formula that needs to be equal.

According to figures cited by 11Alive’s Cheryl Preheim, that total is not the same – it is in fact higher for the women.

Between 2016-2018, according to the figures, the women’s games generated $50.8 million in ticket sales revenue, about $1 million more than the men.

De Boer made clear his thoughts didn’t extend to the business world or other areas.

“I think if you have a manager position for a bank or something, you have to earn the same what the men did because it’s not physically, just only here [points to head],” he said.

The manager referenced the much larger global audience for men’s soccer, compared to women’s soccer, as one element justifying his views.

But another Facebook user pointed out how difficult this all is to resolve:

“The premise makes sense. Make more, we’ll pay you more,” Daniel White wrote. “Here’s the rub: it’s a vicious cycle. The only way to get more fan attention is to give women’s sports equal cover on tv, in the news, etc. That won’t get that because media outlets don’t see them as being profitable, because sponsors and advertisers won’t pay as much for women’s sports. Advertisers won’t pay more until interest goes up.”

“And on and on into eternity until something gives,” she added.

MORE ON THIS TOPIC