What is the immediate future of fall sports in Florida? 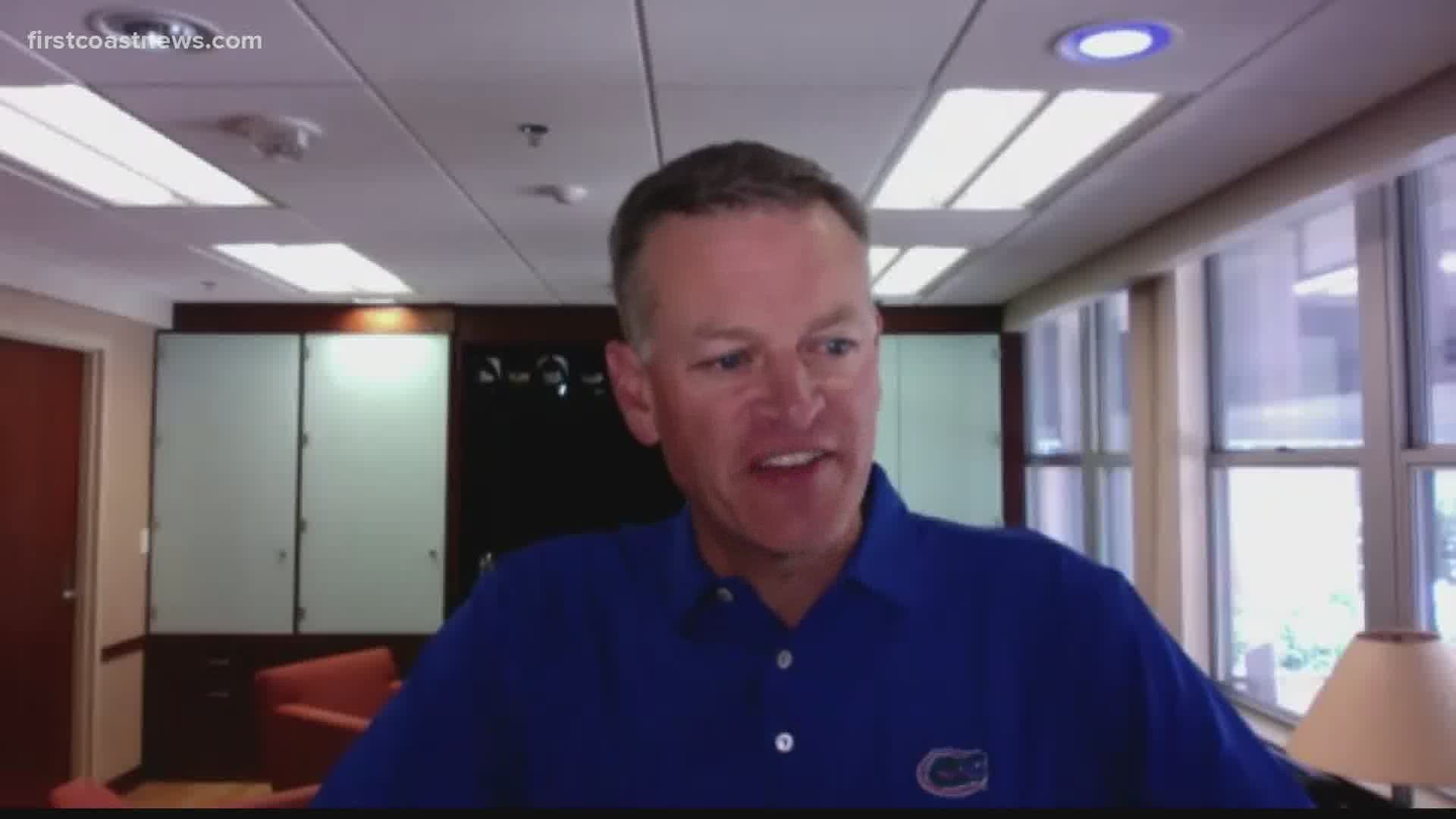 Scott Stricklin was very open with reporters Tuesday afternoon about the impending future of college football thanks to the coronavirus pandemic.

And about his own battle with the virus.

“Last month I actually tested positive myself for COVID-19," Stricklin announced on his own terms, midway through Tuesday's teleconference. "Started feeling bad one night with a runny nose. Pretty mild symptoms: congestion, a little headache... had about 48 hours where I felt really crummy. Probably had another 3 or 4 days where I didn't feel like running a marathon. And then after that, kind of felt like I was back to normal."

Though his health has returned, Stricklin knows these next few weeks will be anything but normal.

The Big Ten and Pac-12 have already said they will play conference only schedules. The Ivy League and Patriot League have said they won't play fall sports this fall. NJCAA (Junior College) fall sports have been moved to the spring.

The fall sports season is very much in jeopardy, even if the Southeastern Conference is holding off on making a decision. And Stricklin knows that.

“We’re not going to be able to create a bubble in college athletics. College athletics – I know it's very popular and it attracts a lot of attention – but it's still just an extra curricular activity on a college institution’s campus," he said.

So, should the SEC and all conferences just throw in the towel?

"Student-athletes do want to play games. There's a lot of challenges in front of us how we make that happen.

"But, to use a baseball analogy, we owe it to our athletes to run out every ground ball. To figure out a way where we can play games, and we can have competition for them."

Stricklin wouldn't put a number on his confidence there would be a season in the fall, but he also wouldn't push on the possibility of playing in the spring. The SEC announced shortly after his teleconference that volleyball, soccer and cross country -- also fall sports -- won't begin games and competition until August 31 the earliest.

“Doing it in the safest manner possible is the priority. If that’s September, great. If that’s a different month in the calendar that allows us to do it in this school year, I don’t think any of us are in a position to be choosy right now.”

Stricklin is confident in UF Health's role in testing students during the voluntary summer workout period -- and their ability to do so if need be this fall. As of this weekend, UF had conducted 238 tests across all sports and returned 29 positive results.

“We’re really fortunate because of UF Health…. We get our results back in a pretty timely matter. I’m not sure everyone has that.”

Admittedly, there's a lot of questions. There's no real blueprint.

But Stricklin believes history is on college football's side.

“In 1918, Florida played one football game because of the Spanish Flu. In 1942, we played 10 football games. If you look at the history over the course of the year, players kept leaving to go enlist. And we kept losing games because our best players we’re going into the military – to the point where in ’43, we did not have a team. So we’re in a period of disruption but we’re not the first.”

The years that followed those crises proved: the demand for live, college athletics was still there.

And Stricklin believes the same will be said in due time.