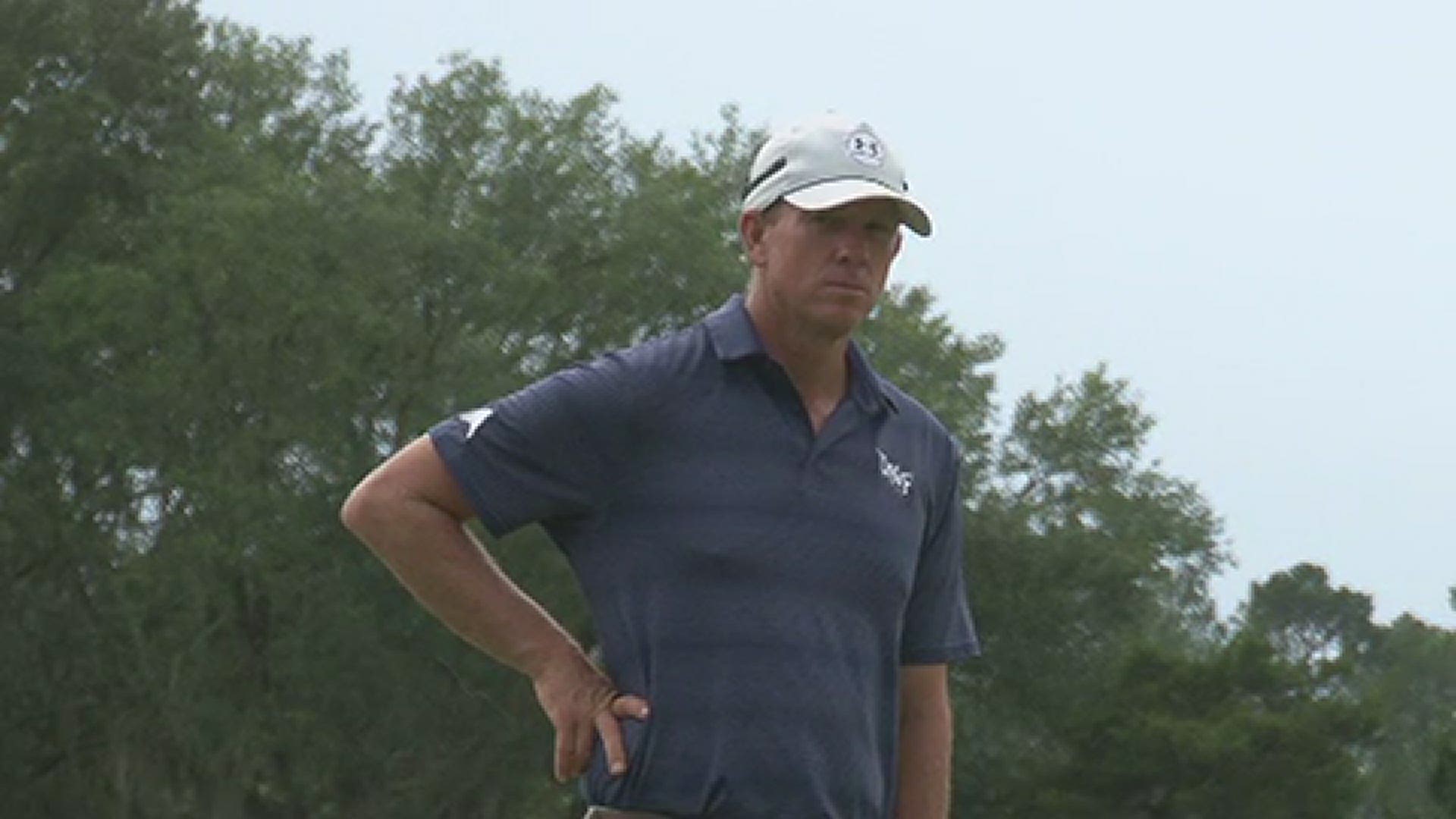 In his 14 years as the head coach at his alma mater -- the University of North Florida -- Scott Schroeder has coached some elite golfers.

"... and she gets to observe that from a different or, at least, unique perspective than most kids are able to do," says Schroeder.

"She" is Schroeder's only child, 15-year old daughter Kaitlyn.

She is also tearing up the junior golf circuit this summer.

Ranked second in the state in the 13-15 age group, Kaitlyn won the Florida Junior Golf Championship on July 5. Six strokes back entering the day, Kaitlyn shot a record-breaking 64 and won by six strokes. Her final three holes: birdie-eagle-birdie. She is the 11th golfer to ever win the event in back-to-back years, the first since 2012.

"A kid playing 7-under for 11 holes is something that it’s that ‘it’ factor," her father said. “This needs to be driven by her. She’s really, really self-motivated. So I try to help her as much as she wants.”

In a pandemic world, that has meant serving as Kaitlyn's playing partner, chauffer, and caddie over the past four months. While most golf was shut down in March and April, the Schroeder's were, eventually, able to get back out on their home course at Deerwood Country Club, playing almost daily 9-hole competitions. Kaitlyn's first competition once the season resumed was some 800 miles away in Indianapolis. "Dad" not only did the driving: he served as Kaitlyn's caddie, too.

“It’s the one benefit that golf has had through this entire thing," Schroeder explained. "The juniors could keep playing, the adults could keep playing. Golf has been one of the few things that we’ve been able to have survive and we can social distance naturally.”

Kaitlyn is home-schooled, but even she admits the last few months have been different.

"I'm still able to practice a lot. I've been working out at home more than normal. I work out with my trainer a bit," she explained. "[The last few months] have been a little more normal. I've played in three tournaments the last month, which feels a little bit more like a ‘normal summer.' July's going to be busy which will be definitely more normal."

She heads to the Florida Women's Amateur this upcoming weekend and will then try to qualify for Notah Begay Junior Golf Tournament, which will air on the Golf Channel in November.

Her partner-in-crime will be right there with her. Due to NCAA restrictions, Scott Schroeder hasn't been able to work with his Ospreys. UNF's Hayt Golf Center also remains closed until the campus re-opens.

Beyond extra tournaments, that's another positive that has come out of a dark last few months: additional time following Kaitlyn as she chases her own dreams.

“Which makes it fun because we can have conversations that are a bit different than most parent-child -- as a 15-year old trying to get better in golf.”