Sam Ehlinger takes over as elder in UT quarterback room

Ehlinger is now the elder quarterback since Shane Buechele will be transferring to SMU. 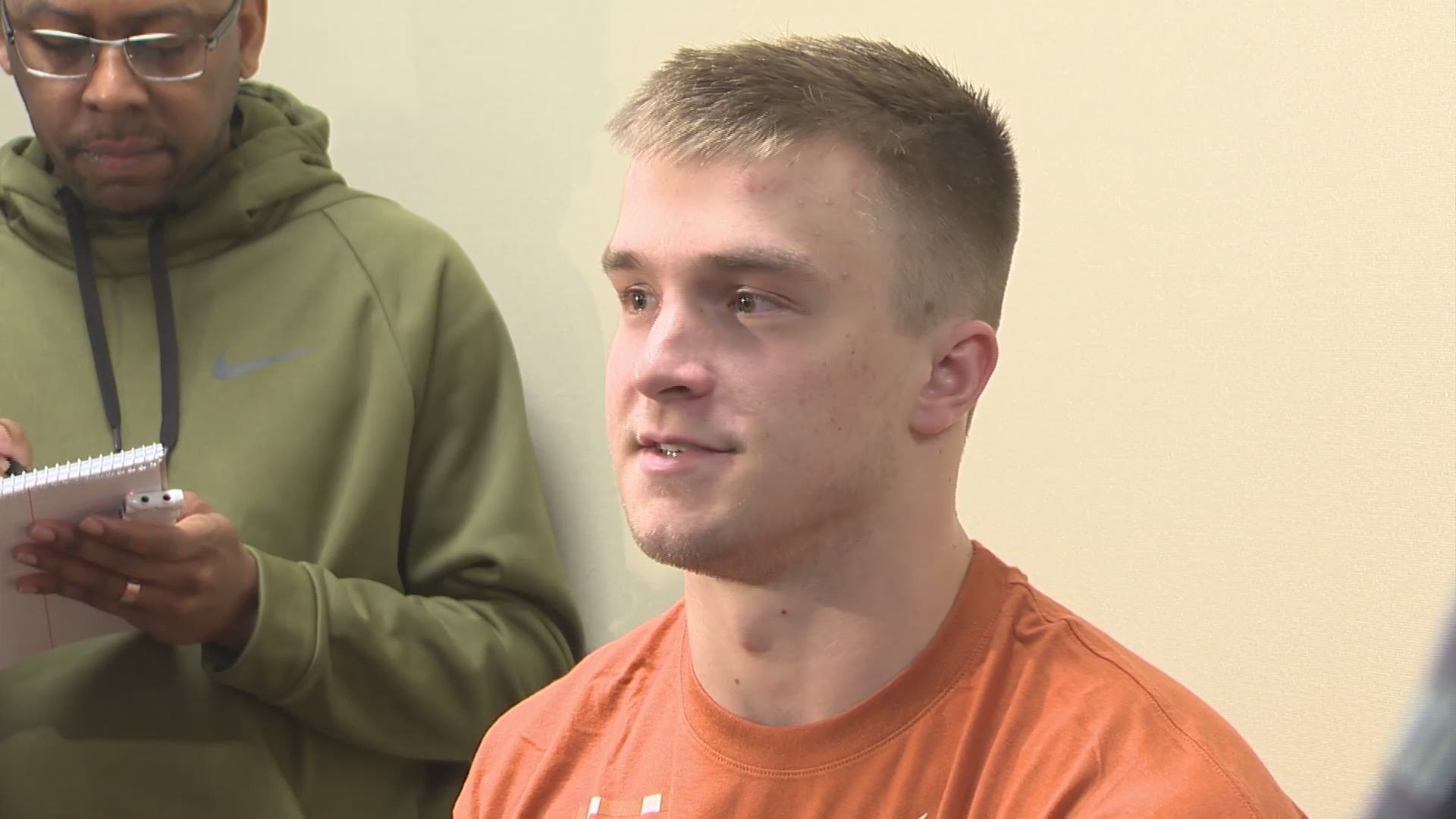 The Longhorns have experienced a lot of change since Texas beat Georgia in the Sugar Bowl on New Year's Day.

UT's quarterback room took a hit entering spring camp. Gone is Cameron Rising, who transferred to Utah after one season as a Longhorn.

Veteran quarterback Shane Buechele announced his plans to finish his career at Southern Methodist University after he graduates from UT in May.

Buechele was a Longhorn quarterback for three seasons.

Sam Ehlinger now is the elder quarterback on the Longhorns roster.

The junior-to-be has played in 23 games and was the starting quarterback in 20 of those 23 games.

"He had a ton of experience, helped me out a ton."

Buechele held the role of the leading all of the Longhorns quarterbacks in meetings. This is now the former Westlake Chaparral's role.

"The oldest in the room breaks down the group after we're meeting and now I'm the oldest," said Ehlinger.

"It's a different vibe. And now I understand I have to do what Shane did in order to help all the younger guys."