From an ejection in last year's CFB Playoff to the season that almost wasn't, the Wade family is exactly where they wanted to be: the 2021 National Championship Game 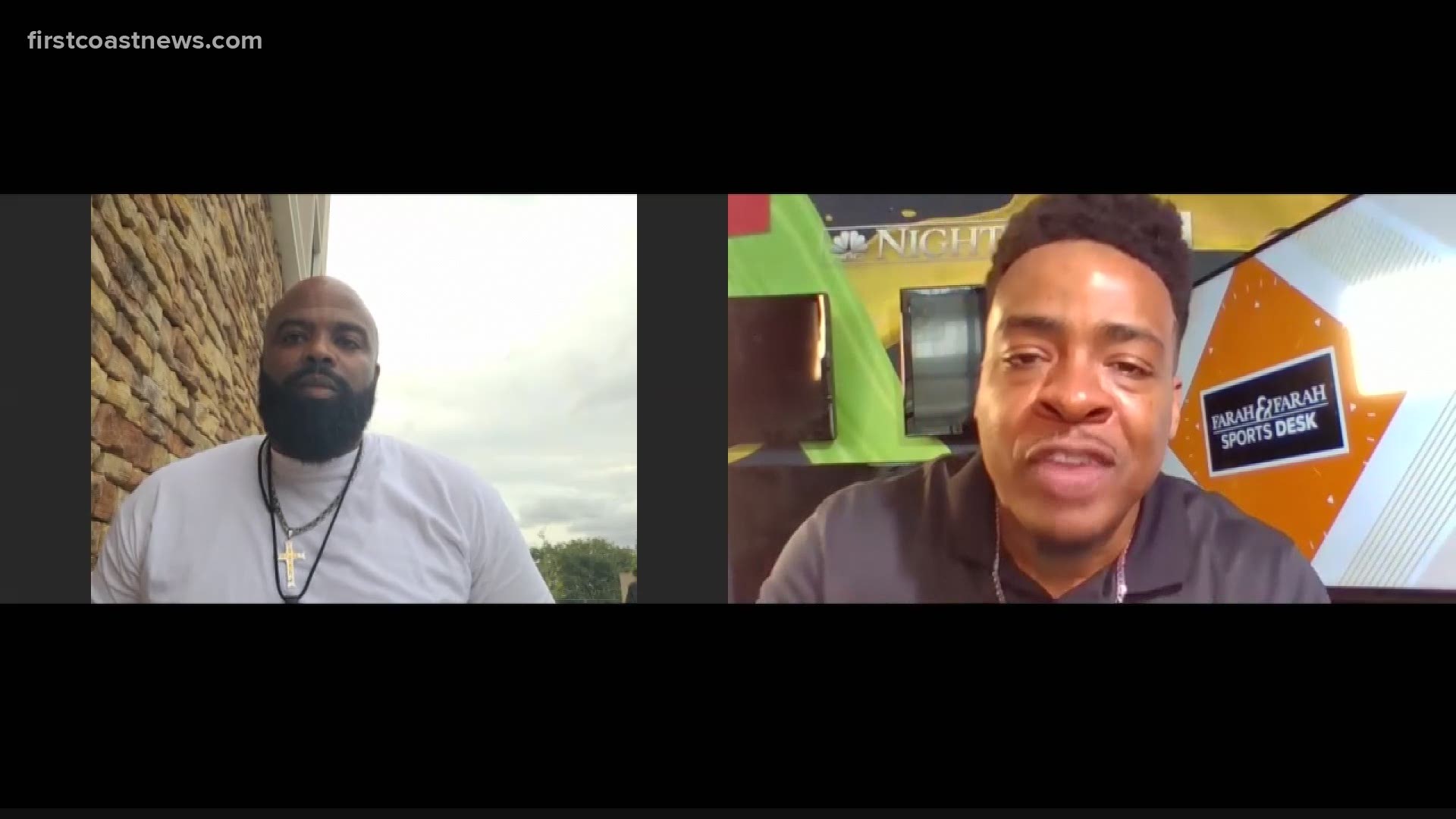 Football fans across the country laughed.

Both at the Big Ten, who initially voted to postpone the 2020 season due to the on-going coronavirus pandemic, and the parent-led protest that followed. For days and weeks after, parents wrote letters and sounded off on social media; if three other, Power Five conferences could play this fall, why not the Big Ten?

Their leader, Jacksonville's Randy Wade, took it one step further. He traveled to Indianapolis himself, meeting up with other Big Ten parents in front of Commissioner Kevin Warren's office, in hopes of receiving answers.

"At the end of the day, it wasn't just about my kid. It was about these other kids, too," Wade said Monday from Miami, where Ohio State will face Alabama at 8 p.m.

We have communication with Parent Organizations from Nebraska, Penn State, Ohio State, Purdue & Iowa... Power in numbers! We need to connect with every Big Ten school please assist in getting that done... Buckeye Nation is already posted... #Fight pic.twitter.com/C0H0uwV2CR

"We need to fight for our kids to have the best opportunities in life they can," Wade added.

Five months to the day, Big Ten-member Ohio State will play Alabama for the National Championship. The same Ohio State that pushed so hard for the season to happen, knowing full-well they had one of their best teams ever assembled and one of their best shots at a National Championship on the line. The same Ohio State that Shaun, Randy's son, plays for. Shaun was ejected in last year's College Football Playoff Semifinal for targeting; in his absence, the Buckeyes would lose to Clemson, ending their season. Shaun came back for his senior year to avenge that loss and take that one, last shot at a national title. Five months ago, it almost never happened. Tonight, he and the Buckeyes get that chance.