Current and former head coaches come together for panel discussion on their journey and Raines' impact on Jacksonville, Florida high school football 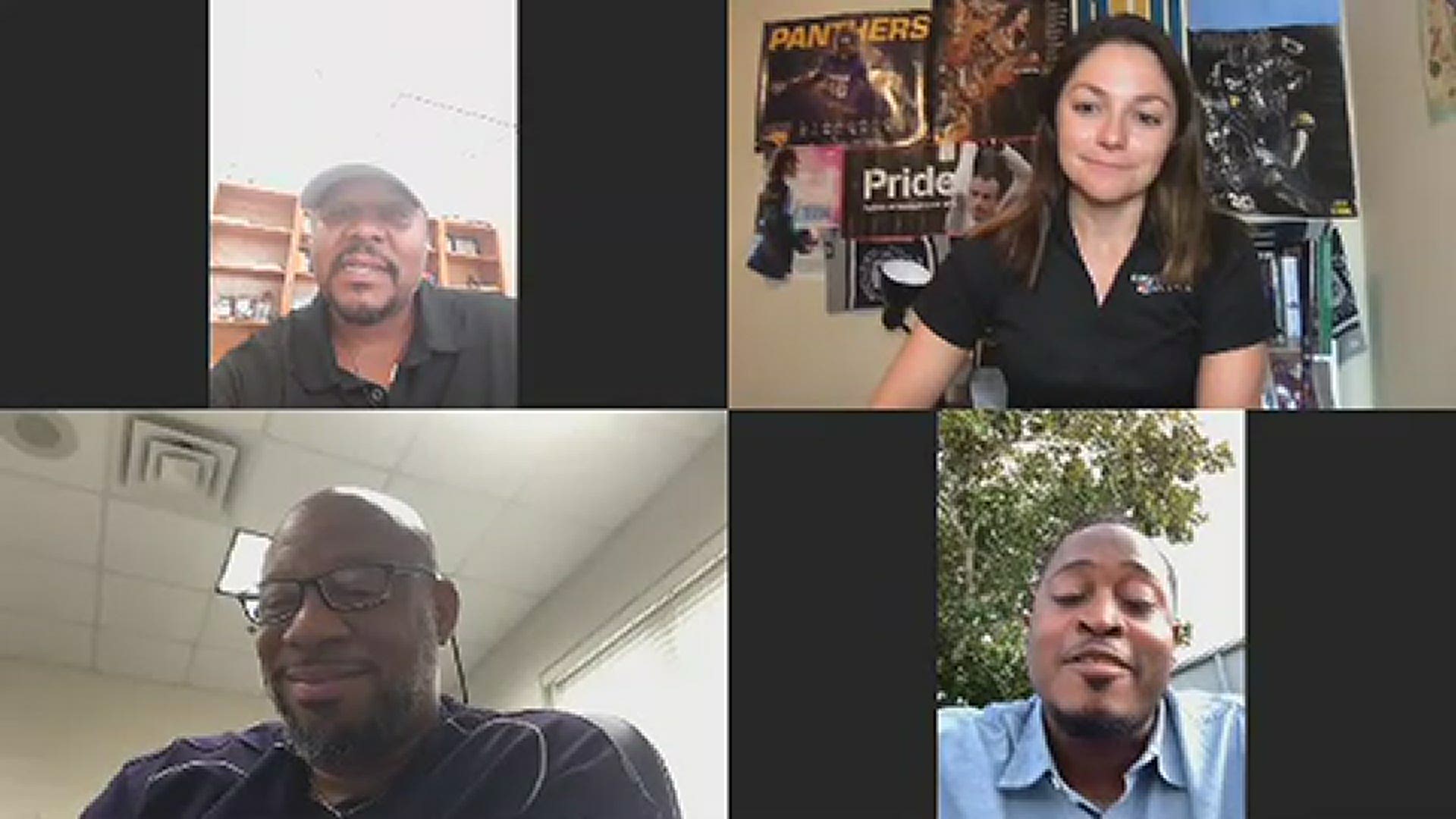 "Of course, very big game. It means I'll get to go to my mother's house to get a plate for dinner," Coffey laughed.

Although he has served the Kingsland community for almost fifteen years, the Northwest quadrant of Jacksonville is home for Coffey. Raines is home.

“There is nothing like being on Moncrief, Friday night, in that uniform," he smiled.

In his first year as Raines head coach, Coffey led his alma mater to its first state championship on the gridiron in 1997, the first public school state championship in the city's history. He's coached throughout Florida and Georgia, but it's Raines who so many connect Coffey to.

“It was extremely humbling to be presented with this opportunity at the school I attended, in the neighborhood in which I grew up in," he explained.

In the years since his departure in 2003, there have been four other head football coaches at Raines High School. Chief among them: Coffey's former assistant coach, Deran Wiley, now the program's second-winningest head coach.

Not so coincidentally: Wiley is also a graduate of Raines.

“Walking in the gym, I would always look up to the picture and I would say ‘one day I want to be on the wall with Coffey,'" Wiley reflected.

After 11 years, Wiley resigned as head coach of the Vikings in March. His successor: his defensive coordinator, Donovan Masline.

Not so coincidentally: Masline is also a graduate of Raines.

Sensing a trend? The Vikings know there's one -- and it is one they don't take for granted.

As the Vikings prepare for Friday's game with Camden County, their home opener, "The Graveyard" is adorned with banners and posters of Vikings past. The dozen or so alumni that have gone on to play in the NFL are recognized. All the previous coaches, including Coffey and Wiley, are up there, too.

“What we’re trying to do now is make sure the kids understand the tradition and the people that came before that made those sacrifices so that we can say ‘We Are Raines,'" Masline said.

It's emotional for Coffey. Friday will be an emotional homecoming, too. More than just his successors: he watched Wiley, Masline and so many other Vikings coaches grow up -- whether he coached them directly or not.

“You can hear it in our voices," Coffey smiled. "We play with the words ‘tradition and legacy.’ But these things come from somewhere real!

"My Lord, it meant something to us. And it still means something – to all of us.”