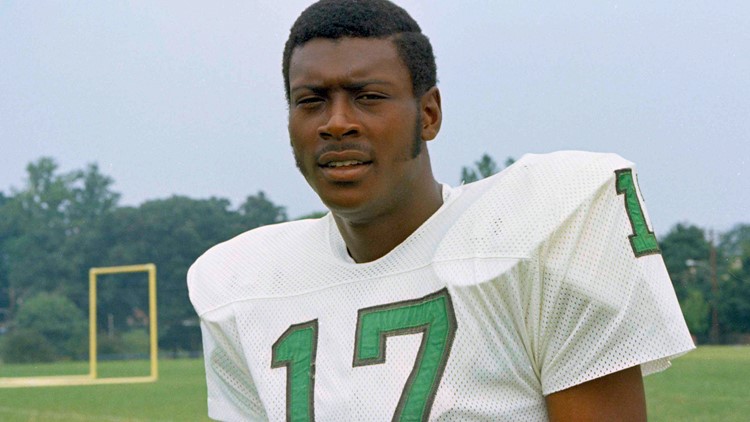 Photo by: AP
Harold Carmichael (17) wide receiver for the Philadelphia Eagles, is shown in 1973. Exact date and location are unknown. (AP Photo)

Raines High School graduate Harold Carmichael was voted into the Pro Football Hall of Fame Wednesday as a member of the Centennial class.

He becomes the second former Raines graduate to be inducted. Safety Brian Dawkins was voted into the Pro Football Hall of Fame last year.

Carmichael led the NFL in 1972 with 67 catches and 1,116 receiving yards, and made the Pro Bowl four times. He also played for the Eagles in Super Bowl XV after the 1980 season, losing to the Oakland Raiders.