While the City said no to tailgating in Lot J, and no access unless you have a ticket, that doesn’t apply in private lots. 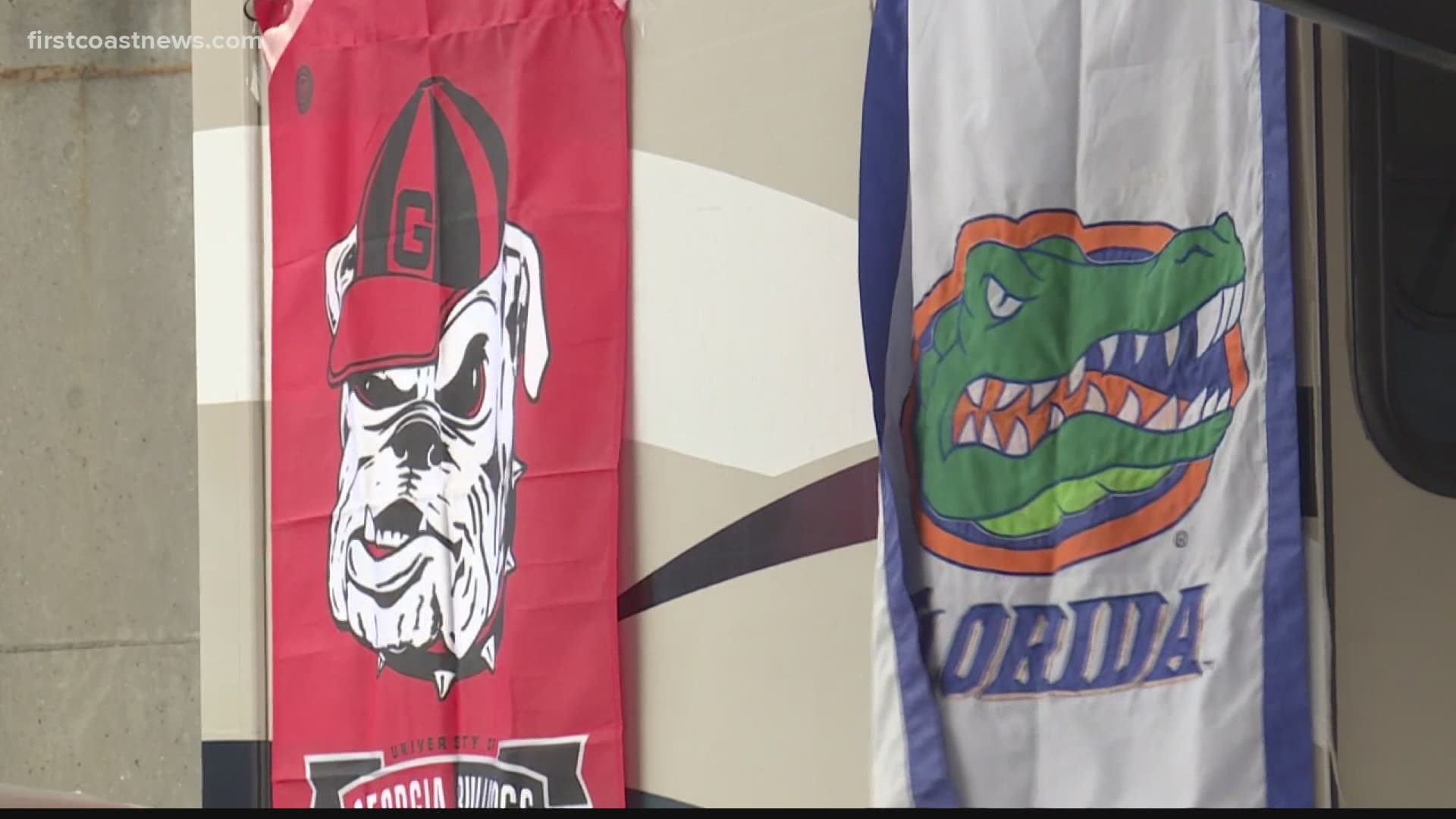 JACKSONVILLE, Fla. — The Georgia-Florida game, a popular Jacksonville tradition, is now just a couple of days away, but things are looking different in RV City.

What would normally be a busy move-in day for fans is quiet this Thursday. Last year, an RV headed down Duval Street would be nothing to gawk at days before Georgia-Florida. But with no RV City this year, as well as some other changes, the sight is something for sore eyes.

In the Tailgaters Parking lot, more grass is open than usual. Rachel Bratcher is the business manager for the parking company. She explained business is down almost 90 percent.

“It has gotten serious,” Bratcher said.

While the City said there's no tailgating in Lot J, and no access unless you have a ticket, that doesn’t apply to private lots. Paying for a spot gives you access to your own party — spaced accordingly.

“We encourage everyone to stay under 10 people, have small groups, they can have their own private tailgate party," Bratcher said.

One of those making home in the lot is Rich Dean: nicknamed the Mayor of RV City.

“It doesn’t matter if you’re a Georgia fan, a Florida fan, like that’s a Georgia RV, we’re both Gators but we’re all just a bunch of good people having a good time,” Dean said.

Dean and Bratcher explained while it’s not the same — keeping a sense of normalcy, continuing with tradition is what even the fiercest of football rivals can agree on.

There are several of these private lots which tell the On Your Side team they will continue to sell the space remaining even on game day, which is typically sold-out weeks in advance.