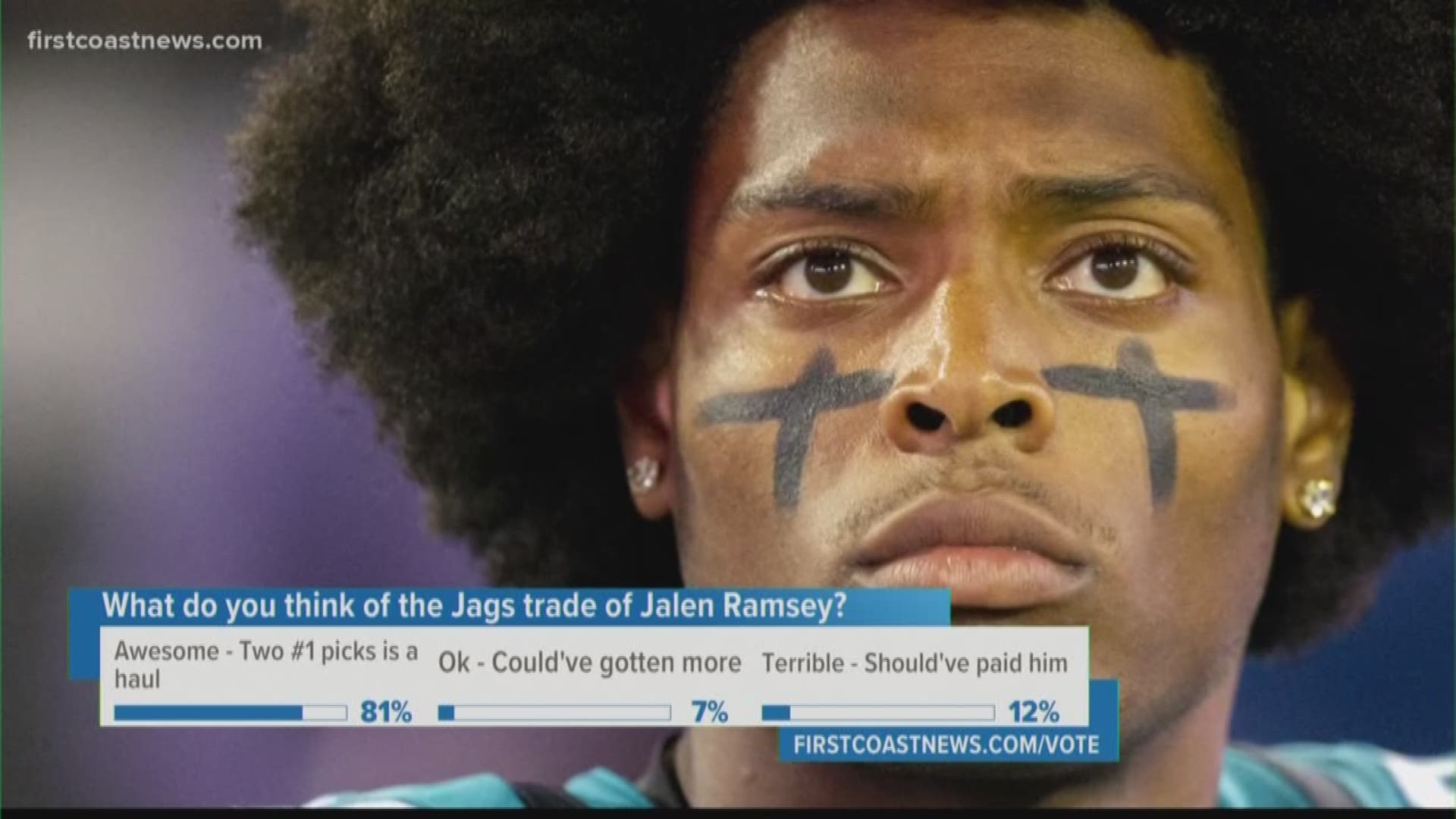 JACKSONVILLE, Fla. — Two men were seen trying to break into or vandalize a Queens Harbour home Monday that former Jacksonville Jaguars star Jalen Ramsey lived in while a player here, a report from the Florida Times-Union says.

But the pair were chased away by a passer-by, according to the Jacksonville Sheriff’s Office.

Ramsey was drafted by the Jaguars in 2016 and is one of the NFL’s elite cornerbacks. But the disgruntled star forced a trade last week to the Los Angeles Rams after an in-game blowup with coach Dough Marrone, complaints about how he was disrespected by upper management and then being sidelined with back issues. He played his first game for the Rams on Sunday, tweeting that it felt good and “just wait til I get back in my groove!!”

The Times-Union learned of the 10:30 a.m. incident from a resident and others participating in a tournament at the gated community’s golf club.

Witnesses said they were walking by the home when they spotted two men dressed in black throwing something at it. One of the passers-by chased the men, the witness said. The Sheriff’s Office confirmed the incident but said the police report did not have Ramsey’s name on it as the victim. The Times-Union has requested the report.

A Duval County property record search shows two names on the home’s latest deed signed in 2013. Those names show up with Ramsey’s in other searches on that address, which is on the golf course.

A former Zillow sales listing and a Google Earth satellite shot show the same 3,112-square-foot home that Ramsey himself is in an August 2018 “10 Things Jalen Ramsey Can’t Live Without” video by GQ Sports on YouTube. A resident also told The Times-Union that Ramsey was seen regularly at that home.