In the wake of Ahmaud Arbery's death, Brunswick Pirates are playing with a purpose 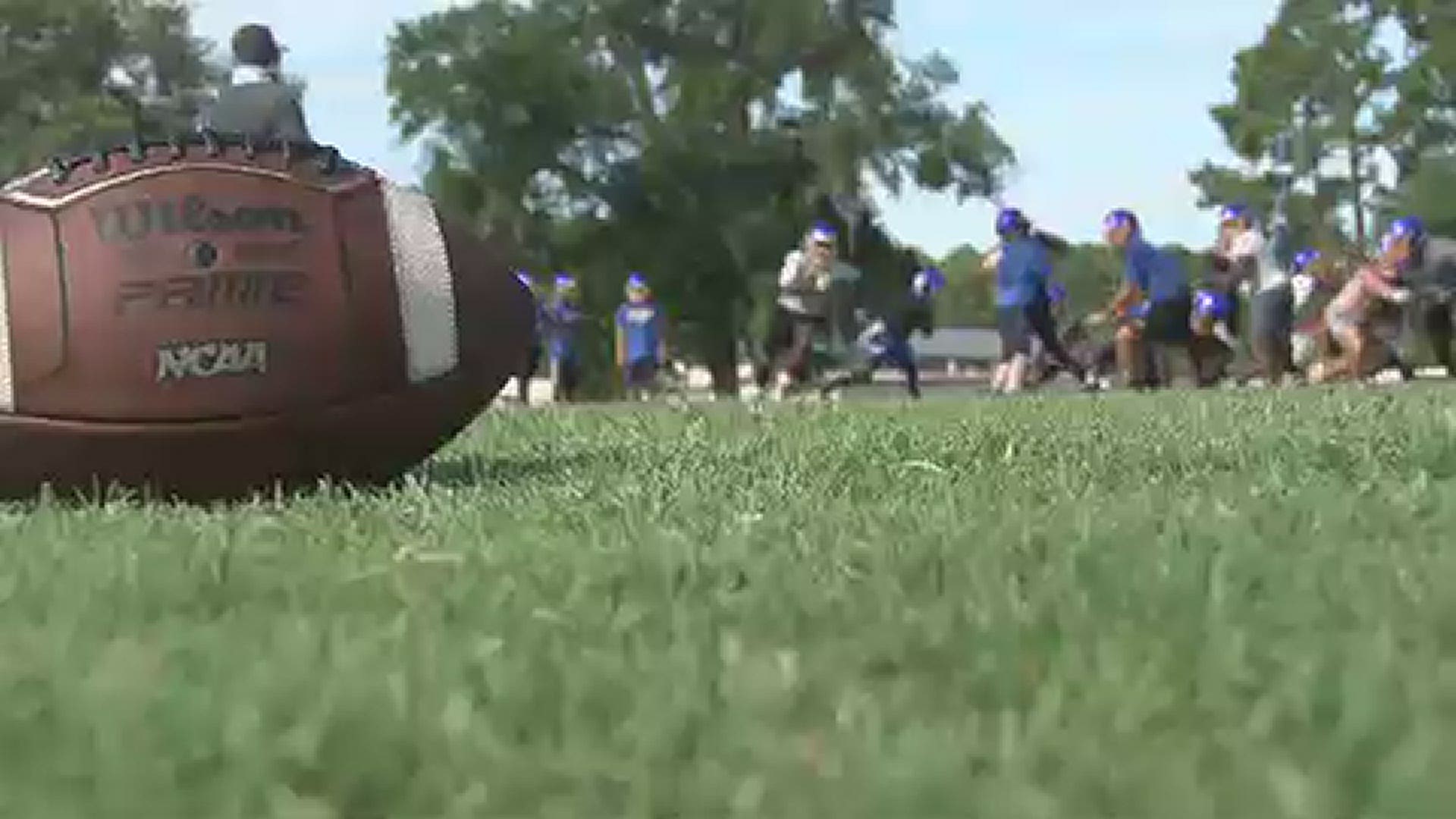 Jason Vaughn has always been the type to say something.

“But with tragedy striking so close to home, I transitioned from just talking to actual action steps,” the long-time Brunswick High School assistant coach said.

The action: a transformation the likes of which Brunswick High School – and Southeast Georgia – has never seen.

“Through tragedy, sometimes great things happen,” Brunswick High head football coach Sean Pender said. “You look at the way this team has really started to come together through these experiences... it was like the perfect storm type deal. You don’t want this stuff to happen, but it’s happened.

“I think that’s the biggest difference for this team [from last season]. I think you’re actually going to see that really pay off on Friday nights.”

Vaughn was the first to coin the phrase “I Run with Maud.” He has been involved in other organizing efforts in the wake of Arbery’s death. Within the Brunswick High School football family, that has included helping organize the team’s “Talk About It Tuesday” sessions.

“Every Tuesday, we have something special that happens. Last Tuesday, we had an Olympic athlete come in and talk to our guys about hard work and how to get where he was,” Pender explained.

All About The Family Tuesday- What is the importance of DISCIPLINE? How does someone develop discipline? What are the advantages of being disciplined? 🟦🟨🏴‍☠️⚓️☠️ #AllAboutTheFamily #Discipline pic.twitter.com/JK9jWzQWns

“On the 23rd of each month, we do something special,” Vaughn added. “On June 23, our football players participated in a unity march. And we marched 2.23 miles in honor of Ahmaud. And they led that march with the community behind them.”

These social justice and leadership programs are not just to inspire in the wake of Arbery’s death and assist in the grieving process. The hope is that not only do these sessions continue for years to come: the hope is that these current football student-athletes will take what they have learned and carry it on.

Much like Vaughn has experienced over the past six months: it’s about providing these young men the confidence to turn words into action.

“It’s more than just walking down the street with a megaphone yelling. It’s more than that,” Pender continued. “We want our kids to understand to put themselves in a position of power. Empower them. To where one day, their signature on a piece of paper might be able to change a bill. Might be able to get something changed.”

The Pirates finished 6-6 in 2019, and 3-7 in 2018. Entering Pender’s fourth year as head coach, this was supposed to be “the year” – the first time he would have a class of seniors he had seen from freshman year to the finish line.

It is proving to be “the year” for different reasons entirely.

“Everyone’s dealing with COVID-19, and COVID is huge. We had to make a lot of adjustments. [But] I think the biggest thing we’ve been able to do is overcome adversity,” Pender reflected. “We’ve been hit by so much adversity and our kids are getting used to sudden change. I think that’s really going to help us become a better family.”

That’s the Pirates motto this year: “all about the family.” Pender says that’s what high school football is all about – and stands as a learning lesson to the rest of the world as it reckons with social injustice.

“We got kids on our team whose parents are police officers. They had a lot of negative feedback [coming their way] and they’re really good people. And then vice versa, we’ve had kids that have been profiled, walking down the street being stopped.

“To me, if the world was to fix itself, come watch what high school locker rooms do. Look at how we bring people together – kids from all different cultures, backgrounds – to work for a common goal.”

Thankfully for the Pirates, they’re on pace for that goal: playing and winning football games. The Georgia High School Association has pushed the start of games, but practice started on-time July 27.

In a time of such upheaval, Vaughn says having this season is critical in more ways than one. He believes these young men need to be able to follow their “passions” now more than ever before.

And a place to continue to craft their voice – together.

Brunswick High Football 🟦🟨🏴‍☠️⚓️ All About The Family Unity March had a GREAT turn out!!! Thank you to our Brunswick Community for showing your support & love!!! #AllAboutTheFamily #FAMILY #LOVE💙💛 pic.twitter.com/SOK0JBPUT9