120-pound, 78-inch sturgeon is longest fish ever caught in MN 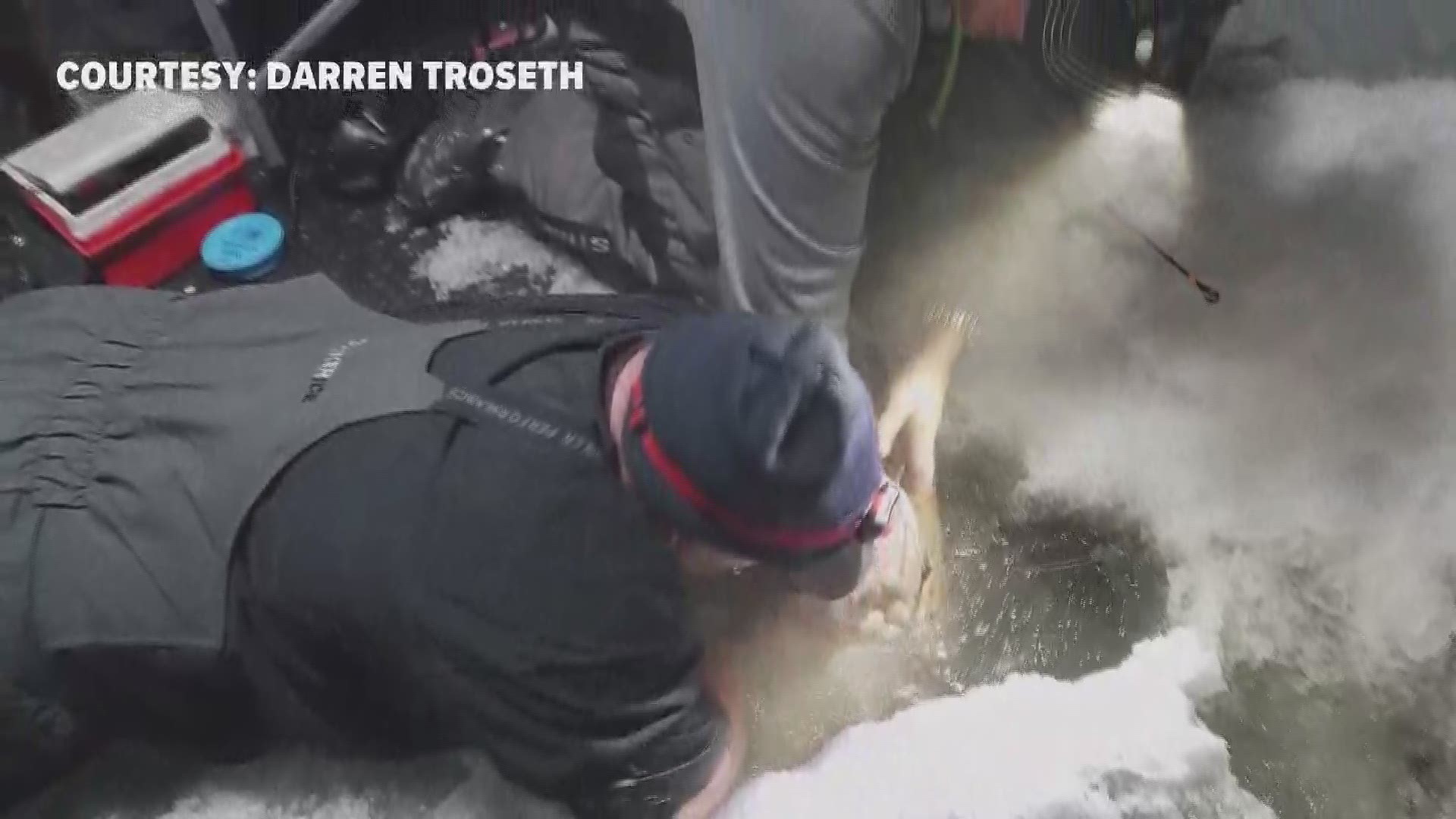 A 120-pound, 78-inch sturgeon caught by an ice fisherman over the weekend has broken a couple of Minnesota records.

The DNR confirmed the fish is the largest catch-and-release lake sturgeon, and the longest fish, that's been caught in Minnesota - at least, since they've kept records.

Troseth estimated that the fish may have been 70 years old.

WATCH: If you can't see the video below, watch the unbelievable catch here

Troseth used fathead minnows and nightcrawlers to catch the fish on Saturday.

"As a guy that's caught a lot of these, I've seen many big ones," he told MPR News. "As soon as it appeared the first time, below the hole, my jaw dropped. I'd never seen anything that big before. I knew we were going to have to drill more holes."