Once a Hornet, always a Hornet 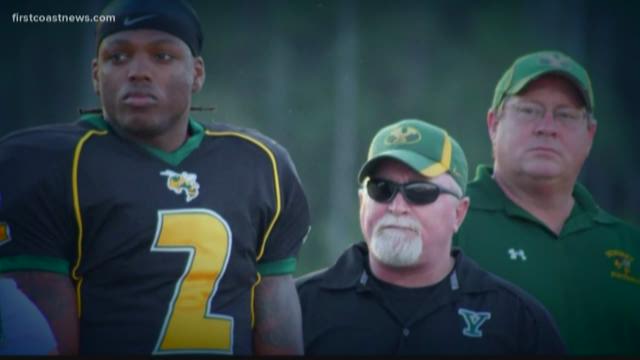 Dunlap passed away in the early morning hours of July 5, 2019 following a 14-month-long battle with lung cancer.

Dunlap also served as a mentor for eventual Heisman trophy winner and current Tennessee Titan, Derrick Henry. He was so influential on Henry's life that, when Yulee High School commissioned a mural to be painted in Henry's likeness, Dunlap is featured right over his shoulder.

"He's gonna be here forever anyway, though," Dunlap Jr. said, gazing at the mural through tears. "Don't need a mural for that."

Patrick Dunlap Sr.'s wake will be held July 9 at Green Pine Funeral Home and Cemetery. His funeral will be Thursday, July 10 at 11 a.m. at St. Michaels Catholic Church in Fernandina Beach.