The bronze gave Suni Lee a full rainbow of Olympic bling to go with the all-around gold and the silver she claimed in the team competition. 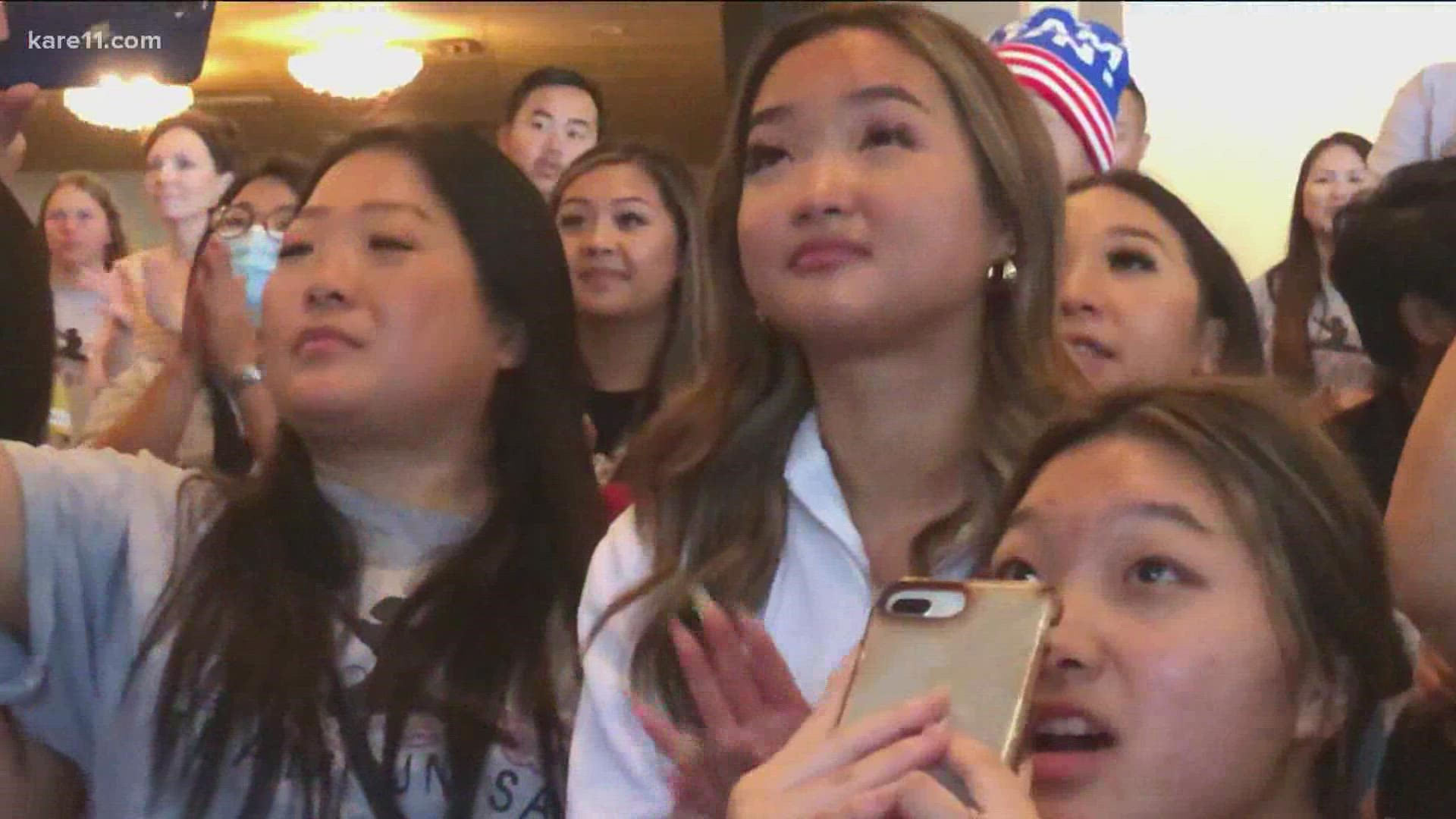 Sunisa Lee came to Japan to win a gold medal. And she did. Just not the one she really, really wanted.

The 18-year-old from Minnesota is a revelation on uneven bars, where her routines are an intricate series of connections and releases completed with so much ease it looks like she's making it all up on the fly.

Only she isn't. Her mastery is the result of years of hard work. She's one of the best in the world on it, and she showed it during the all-around final, where her electric set helped her edge Rebeca Andrade of Brazil and become the fifth straight American woman to claim the Olympic title.

Three days and a crush of fame later, she wasn't quite right. Admitting she'd become distracted by the attention surrounding her triumph, connections that typically come so easily were labored during Sunday's event finals, if they came at all. The result was a bronze-medal finish that left her disappointed.

Yes, the all-around title is great. She'll carry it with her for the rest of her life. But the bars are her jam. Only her long-anticipated showdown with Belgium star Nina Derwael never materialized. Leading off while wearing a dazzling crystal-laden blue leotard in the eight-woman final, Lee knew in the middle of her routine it wasn't going to be good enough to top the podium long before her 14.500 flashed across the scoreboard.

“Bars is something I really cherish,” Lee said while wearing shoes borrowed from American teammate Jade Carey because she forgot the ones that come with the U.S. uniform back at the hotel. “So when I mess it up, it really sucks.”

Even if Lee's definition of “mess it up” is different than most others. The bronze gave her a full rainbow of Olympic bling to go with the all-around gold and the silver she claimed in the team competition.

It's impressive by any stretch. It's also not quite what she came here for.

“It's really cool,” Lee said. “I just wish the bronze medal was a (balance) beam medal, not bars.”

Lee will get a chance to add to her stash in the beam final on Tuesday. A medal there would be a bit of a surprise. One on bars was almost a given. Though she earned one, she didn't put on a show while doing it. She thinks her inability to put down her phone the last few days had a little to do with it.

Her popularity has exploded in the 10 days since the Games began. She's added 950,000 followers on Instagram, a stunning 390% increase, including 365,000 since last Thursday.

It typically comes with the territory when you find yourself atop the podium after one of the marquee events at the Olympics. She just wasn't expecting it. She figured she would be vying for silver behind teammate Simone Biles. Then the 2016 Olympic champion pulled out of the all-around final to focus on her mental health, opening a door that Lee stepped through with a performance both graceful and gritty.

The two-plus days since her victory have been a whirlwind of interviews and social media mentions. It's a lot. At the moment, it's probably too much. Lee thinks she might delete Twitter until the competition is over.

Derwael gave Belgium its first-ever gold medal in women's gymnastics, the last bit of history on a night full of it.

Artem Dolgopyat of Israel gave his country only its second-ever gold in the Summer Games with a victory on floor exercise. Andrade — runner-up to Lee in the all-around — provided the first gymnastics gold for Brazil. Lee Chih-Kai's silver on pommel horse was the first for Taiwan after finishing behind two-time Olympic champion Max Whitlock of Britain.

Andrade's spectacular display on vault is all the more jarring considering she's already endured three reconstructive knee surgeries and didn't even qualify for the Games until early June. She gets so much air time from her block off the vaulting table it seems as if she's being dropped from the catwalk hanging above the podium at the Ariake Gymnastics Centre.

“I don’t really know what to say, I couldn’t imagine myself up there on the podium,” the 22-year-old Andrade said. “I think I matured a lot. I got better from the injuries.”

Andrade's 15.083 average put her just ahead of MyKayla Skinner. The 24-year-old American didn't know if she would compete in the finals until Saturday afternoon after Biles opted out. She drilled both her Cheng and her Amanar then said goodbye to the sport from the medal stand. Already married, Skinner is retiring.

What a way to go out. Two years ago she re-entered the elite world after spending three years competing collegiately at Utah. She dealt with both COVID-19 and pneumonia during the pandemic and thought she was heading home early last week after failing to automatically qualify into any finals. Then Biles told her to stick around because she wasn't sure she was going to compete.

Skinner heard Biles' voice above the din during the finals, urging Skinner to a podium finish only she may have seen when she made her comeback official at the 2019 U.S. Championships.

“I think it’s so cool to show that age is just a number and that anything is possible if you work hard and dream for it,” Skinner said. “So I’m just so honored that I never gave up and have kept pushing for my dreams to get here.”